Ellen Bravo is the author of the new novel Again and Again, which focuses on the issue of campus date rape. Bravo's works of nonfiction include Taking On the Big Boys: Or Why Feminism Is Good for Families, Business, and the Nation. The former director of the group 9to5, she is the current head of Family Values @ Work. She lives in Milwaukee.

Q: You’ve written nonfiction before. Why did you decide to write a novel focused on the issue of date rape?

A: I’d been wanting to write fiction, and had been for two decades. I wanted to write about the women I work among. I had written nonfiction and thought I’d take a sabbatical and go to classes. I intended to do that.

I woke up one morning and there was a story in my head that said, Let me out now! I plotted out the story in 1998, 1999. I wrote that novel, and entered it in the Barbara Kingsolver Bellwether Prize….I was a finalist and was thrilled…I worked on it, but I never got it [or a second effort at fiction] published…

I heard the story from friends that sparked Again and Again; my family said this one will get published! 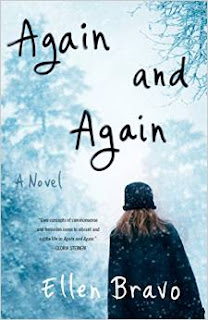 Q: How did you come up with your characters Deborah and Liddie?

A: The incident--that someone was contacted by an obnoxious investigative reporter about the rape of a friend years ago--happened to a friend….I thought, what if it were a bit more complicated and you were the reason the friend had made the complaint?... I wanted it to be a story about friendship, love and marriage, as well as politics and campus date rape.

Deborah [Liddie’s friend] just appears, and I knew I wanted Liddie [the survivor of the rape] to be someone vulnerable who gets singled out…the other pieces just came to life. Sometimes they surprise me.

Q: In this novel, and in your two unpublished novels, did you know how the book would end before you started writing, or did you make many changes as you went along?

A: In the first two novels I absolutely knew the end. I plotted it from beginning to end. This time I really didn’t know how it would end. I had three different thoughts, none of which was what happened. When [the characters] Marilyn and Helen showed up, I was so relieved!

Q: You have your character Liddie saying, “I’m a nobody going after a somebody. Nothing we do will make a difference.” How common is that feeling among survivors of rape?

A: That quote comes from a real person talking to me…when I was at 9to5 about sexual harassment. The guy had said that to her, “You’re a nobody,” and it had stuck in my head all these years….

Q: Date rape on college campuses has become a more prominent issue in recent years. Why did you decide to set part of the book in the late 1970s? 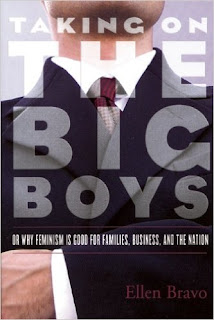 A: One reason I set it in 1979-80 is that the Ms. article [about date rape] didn’t come out until [a few years later]. A lot of therapists don’t understand PTSD, and people still focus prevention programs on teaching women how to behave so it won’t lead to rape. …

We know a lot more now, but still today, for laypeople and people charged with investigating but have no training, there’s still very little awareness. There’s more among therapists but a lack among the public…

A: I had a different title originally, Breaking the Silence, which is the name of the group Deborah works for [that helps women who have been raped]. The publisher said that sounds too much like a nonfiction book.

I knew right away it should be Again and Again….Liddie uses the phrase “again and again” about a horrible thing that happens to her. Deborah happens to find a book of Rilke poems, the pretext [the rapist] Will Quincy uses to get into the room, [which includes] a beautiful love poem, "Again and Again." Deborah thinks, that’s one more thing that will never be the same for Liddie.

It really moved me when I read that poem. I realized it had to be the title. It symbolizes that actual reference and Liddie turning it on its head, but also again and again men rape and again and again people survive and resist.

Q: Are you going to try to get your unpublished novels published now, or are you working on a different book?

A: I hope somebody says, Hey, do you have anything else, and will be interested in it. I do have another one I’m working on as well. I also have a full-time job!

A: I’m so excited about the movement of young feminists taking up this issue. Know Your IX—they’re springing up on many campuses around the country…it’s horrifying how much work still remains but [good] to see the organizing on their part, trying to turn survivors into activists.

There’s also the group A Long Walk Home, in Chicago, which uses arts [toward] healing.

On the book tour, I will take activists with me at every stop and talk about the work being done. I hope to raise money for their [causes].

Another thing—one big theme of the book is the relationship between women and men. I wanted to make clear that there are many men who are not Will Quincy and would do everything to stop Will Quincy.

It’s also a struggle. I wanted to show the real tensions in the marriage between Deborah and [her husband] Aaron, and I wanted to get people to grapple with that.

I [also] hope people will discuss the issue of race in the book…having [the character] Marquita confront Deborah about various shortcomings [shows] it’s a long process even for someone who considers herself open-eyed.