Tracy Daugherty is the author of the new book The Last Love Song: A Biography of Joan Didion. His many other books include biographies of Joseph Heller and Donald Barthelme, and his work has appeared in a variety of publications, including The New Yorker and Vanity Fair. He is Distinguished Professor of English and Creative Writing at Oregon State University.

Q: Why did you decide to write a biography of Joan Didion?

A: I first read Joan Didion in 1978. I was 23, and wanted to be a writer, though I had no ambition then of becoming a biographer.

I was a Beatles fan and probably bought Didion's essay collection, The White Album, because of its Beatle-esque title and the promise on the jacket flap that this book perfectly captured the spirit of the 1960s. 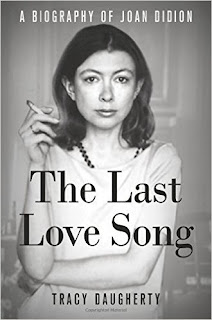 And sure enough, the title essay seemed to me to embody the spirit of the decade that had shaped my young sensibilities.

Its fragmented, collage-like structure was a revelation--not only because I didn't know you could write like that (all those white spaces! all those silences!) but because it showed me how style and prose rhythm were just as essential in conveying a subject as declarative statements were.

From then on, I snapped up every new Didion book as soon as it hit the shelves.

A few years ago, when Michael Homler, my editor at St. Martin's Press, suggested I write a third biography (following my books on Donald Barthelme and Joseph Heller), Didion was the natural choice.

I consider the three biographies a kind of trilogy about late 20th century American literature: Barthelme an innovative short story writer, Heller an innovative novelist, and Didion one of the pioneers of New Journalism and personal nonfiction.

Q: How did you research the book, and was there anything in particular that surprised you in the course of your research? 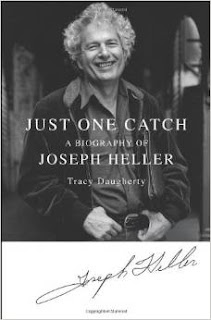 A: The research was a combination of interviews, archival digging, and travel to Didion's stomping grounds.

Some of Didion's old classmates, friends, and colleagues offered generous glimpses of her early career, and the archives--most notably her rough drafts, notebooks, and a few letters at Berkeley--rounded out the portrait of her life, in combination with hundreds of articles, reviews, interviews, and profiles published about Didion over the decades.

Q: You note that Didion is a fifth-generation Californian. How did her upbringing influence her writing?

A: Didion remained a Westerner throughout her career, even when she was writing about New York or American domestic politics. 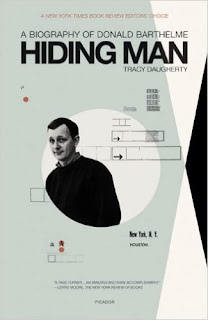 Her sensibility and her voice were fashioned by what she once termed the "nihilism" of the West--the sparseness of Western deserts, the vastness of Western landscapes (dwarfing human ambitions), and the feeling that nothing much really matters in life, a feeling reinforced by time's marks in layered rock formations, Pacific ocean waves and the like: demonstrations of eons passing and the relative insignificance of human life.

Didion felt these colliding time-scales, and their consequences, in her bones.

Q: Has Joan Didion seen this book, and if so, what does she think about it?

A: Didion chose not to cooperate with the book. To the best of my knowledge she has not seen it yet. I was not surprised that she wouldn't welcome a biography. She once said that writers are always selling somebody out.

As one of our period's pre-eminent writers, she has always been healthily wary of other scribes. (Though I hope she'll feel that, far from selling her out, I've honored and respected her.)

A: Didion's early essay, "John Wayne: A Love Song" described the world of her youthful dreams. The phrase "The Last Love Song" echoed that early piece and suggested an examination of her late work.

Also, her last two books, The Year of Magical Thinking and Blue Nights, about the deaths of her husband and daughter, respectively, are powerful late-life valentines to the people she loved. 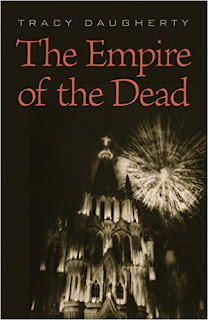 In general, Didion's work is a long love song--not without criticism--of America.
Q: What are you working on now?

A: I'm writing fiction--short stories and novellas (recently, I published a story collection with Johns Hopkins University Press called The Empire of the Dead) as well as nonfiction about a Texas writer named Billy Lee Brammer, whose life bridged D.C. politics as well as the ‘60s counterculture, and a study of a Victorian-era astronomer and Dante scholar named Mary Evershed.