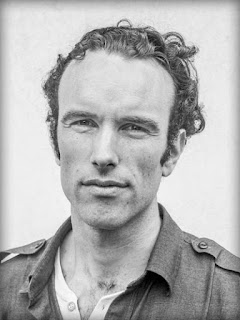 Elliot Ackerman is the author of the novel Green on Blue, which focuses on the war in Afghanistan. Ackerman served five tours of duty in Afghanistan and Iraq. His writing has appeared in a variety of publications, including The New Yorker and The Atlantic. He lives in Istanbul.

Q: How did you come up with your character Aziz and why did you decide to write from an Afghan perspective?

A: I served in Afghanistan almost exclusively as an advisor to Afghan troops. I very much wanted to try to render the war from their perspective, and I believed that was a perspective that wasn’t being explored.

Q: Can you say more about the writing of the book?

A: When I’m writing, to paint an analogy, it’s sort of like I’m standing in a field of dry grass and trying to make a fire in the field. I have two flints in my hand, and I’m trying to make sparks. These two flints are something real to my experience, but inevitably the fire is all imagination. 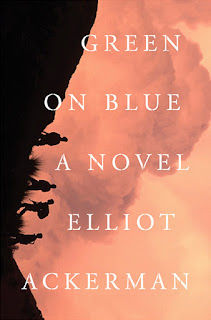 A: My characters often surprise me. Writing for me is an exploration of them. As I began work on the novel I didn’t know how it would end, or what my characters would do along the way.

By the end of the book, once I felt they’d been fully rendered, their actions became apparent to me. This is how a story often manifests. It’s what keeps it interesting.

Q: For people who are interested in reading more about Afghanistan, which books would you recommend?

A: I’d recommend Anand Gopal’s book No Good Men Among the Living, and Winston Churchill’s The Story of the Malakand Field Force, which is actually set just across the border in Pakistan but is an amazing historical account.

The contemporary fiction is just emerging, but The Watch by Joydeep Roy-Bhattacharya channels the story of Antigone in a surprising and compelling way.

Jesse Goolsby’s I’d Walk With My Friends If I Could Find Them is a great rendering of the American experience, as is Lea Carpenter’s Eleven Days, which is a flat-out beautiful book about the home front.

Who else, who else … oh, I hear that Khaled Hosseini guy has written a book or two on the subject.

A: My next novel is a love story set on the Turkish-Syrian border, during the last days of Syria’s Revolution. It should be out late 2016 or early 2017.