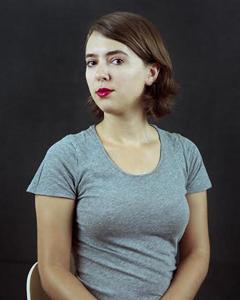 Adrienne Celt is the author of the new novel The Daughters. She also publishes a webcomic, and her work has appeared in a variety of publications, including Esquire and The Kenyon Review. She lives in Tucson, Arizona.

Q: Why did you decide to focus on mother-daughter relationships in your novel?

A: It’s really a life or death issue, isn’t it? Are we going to carry on the species? Are we willing to give over a part of our own lives to another person, and be forever changed?

When women write about motherhood, it’s often framed in the media as a gendered choice, a fringe-interest story, but motherhood is part of every life, from one angle or another.

Since I’m not a mother myself, my more personal vantage point is that of a daughter, so it’s of natural interest to me in that way. But I wouldn’t say that was the germ of the idea.

For as long as I can remember, I’ve been aware of my potential to become a mother, and as I got older the question of whether or not I would has become more fraught. You start out as a little girl pretending to give birth to your dolls and then become a young woman, wondering why that seemed like a game.

For many years I was convinced I would never have a child (and I’m still not sure I will), in part because becoming a mother seemed almost like doing a disservice to my childhood self.

People talk about transmitting their memories to their children by recreating the scenes of their childhoods – reliving the excitement of new experiences by seeing them through a child’s eyes.

I guess I worried that something would be lost in the translation; that when I saw a new person learning the meaning of time and the boundaries of space and imagination it would all seem more quotidian – like psychology instead of the very personal magic that it once was to me.

But I guess I’ve never been so certain about not wanting children that it ceased to be an issue for me. Instead, it’s become one of the guiding preoccupations of my life.

How do we get from point A to point B? What do our parents give us from their own history, and how does that shape us as human beings? How much are we utter individuals, and how much are we the product of the cultural and familial myths that gave rise to us?

The Daughters became a vehicle for me to explore those questions, though I’m still not sure I have the answers. 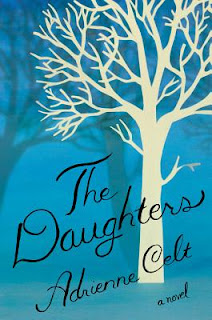 Q: Why did you choose music as a central theme?

A: I guess it chose me? The novel began as a short story, actually, and I don’t think I chose music in any conscious way – it was just the idea that caught me in that moment, as an expression of physicality and creativity, both.

That it would have a resonance with maternity, the generative expression of childbirth and motherhood, was either luck or the work of the subconscious mind, depending on how you look at it.
When I write, I generally work from an image or idea of some kind that explodes outward into the story, but that guiding image rarely emerges intact in the final draft.

In this case, my interest in music as a part of the novel continued to emerge and become more defined through the process of writing – not through a single decision, but rather through an exploration of who my characters are and what they wanted.

A: Oh, it changed a great deal. Because the book moves backwards and forwards in time – both through the protagonist Lulu’s present-day and her past, and through the stories that her mother and grandmother told her as a child – there was a lot of potential to move things around and change the order of events.

In life, different memories can be triggered by different events on a given day, but they all exist within us in every moment – and it was the same with this book.

The trick was to figure out how the various elements flowed more clearly, how they came together to tell a story that was resonant not just for Lulu or me, but also for a reader.

Q: You also write a weekly webcomic. How do the two types of writing complement each other for you, or do you see them as completely separate parts of your life?
A: Writing and drawing coexist for me by exercising different parts of my creative mind. Drawing, I find, is more meditative: I can spend six hours in a day listening to music and inking a comic and feel that no time has passed at all (at least, if it weren’t for the hand cramps).

Writing, though, is a constant excitement and drive – it feeds me, and transports me, and opens the world to me. But as a result, it can be more exhausting. The two forms provide balance for one another.

Q: Are you working on another book?
A: I am –– another novel, and a collection of short stories. However, I’m going to take the author’s prerogative and not talk too much about the works-in-progress, because talking in concrete terms about something that requires such fluidity feels like asking for trouble.

Q: Anything else we should know?
A: Because mythology (and particularly Polish mythology, starting with the water demon myth of the rusalka) is so important in The Daughters, I thought it would be fun to explore some myths in comic form, leading up to the book’s publication.

The comics are collected on my Tumblr, under the tag "Badass Women of Polish Mythology," and I’ve had a lot of fun with them – so I encourage readers to check them out!