Emily Bingham is the author of the new biography Irrepressible: The Jazz Age Life of Henrietta Bingham, which tells the story of her great-aunt's life. Emily Bingham is also the author of Mordecai: An Early American Family, and the co-editor of The Southern Agrarians and the New Deal. She lives in Louisville, Kentucky.

Q: How much did you know about your great-aunt Henrietta as you were growing up, and why did you decide to write her biography?

A: In 1998, 30 years after Henrietta Bingham died in New York City on the eve of the Stonewall Riots, I had a daughter and named her after this great-aunt I knew very little about--except that she had spent time in London in the 1920s and had been acquainted with some members of the Bloomsbury Group, the sexually and artistically avant-garde circle around Virginia Woolf and her sister Vanessa Bell.

And that she would upset my father when he was a boy by slipping the bacon out of his BLTs when he wasn't looking. And that my grandmother, in an interview I conducted with her in the early 1990s, noted in passing that her sister-in-law Miss Henrietta was, "you know, an invert."

She was clearly a big character. I liked the strong Victorian name and the association with Etta James and felt it was worth reviving. My father walked into the hospital room where I was holding the tiny new Henrietta and said, "How could you do this to a child?" 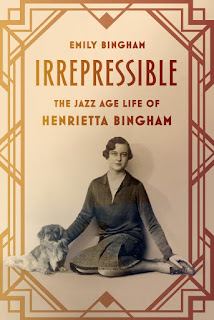 Clearly there were things I had not been told about Henrietta. He had some harrowing tales from her later years--of addiction and dependency--but once there was a new Henrietta in the world others approached me with stories and photographs and objects, thrilled to have the chance to speak about someone they had found devastatingly fascinating.

Slowly, I began to think that Henrietta deserved another moment in the limelight.

Q:  How did you research the book, and what surprised you most in the course of your research?

A: I started out the way historians do--first at the library looking at books and their indexes. Then at archives (Smith College, Harvard, New York Public Library, British Library, UCLA, and many more).

I interviewed family members and people who had known Henrietta or known of her. I searched local archives in Louisville and got lots of tips, like the one about a diary relating the teenage romance between Henrietta and a future drama critic named John Mason Brown. I started a database and created a timeline of her life that eventually ran over 30 pages.

But it was quite a surprise to find in that over 200 love letters from two men she almost married in the 1920s, Bloomsbury sculptor Stephen Tomlin and the producer/actor John Houseman, had been at the bottom of a trunk in my family attic, just a few feet above my childhood bedroom, all my life! 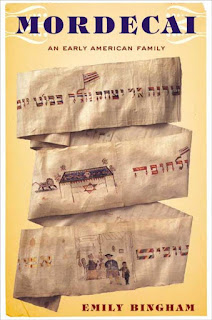 It was ultimately surprising that the life of someone who was so careful not to leave traces of her homosexual liaisons (only one letter from a female partner has so far been found) could be reconstructed to the degree I managed. It's like a broken mirror that I was able to partially put back together.

Remarkable, if partial, reflections of her make up this intense 20th-century story of love and its limits.

Q: Was it difficult to balance the roles of biographer and family member as you wrote the book?

A: Early on, I was "warned" that to talk too much about and certainly to write about my great aunt would be wounding to my daughter, who carried her name. My father was not too keen about my growing interest in his aunt, whom he remembered as a disappointing, embarrassing "three dollar bill."

But I was also rewarded with great help from lots of family members--several aunts, ex-uncles, my mother. My father, despite his reservations, was the one who told me about the trunk in the attic!

I think the changing ideas about homosexuality over the course of this project, which I began in earnest back in 2008, helped quell any lingering shame among family members. But it always felt a little "unprofessional" to write about my own family. I'm really glad I persevered.

Q: How did you choose the title "Irrepressible" for your book, and what does it signify for you?

A: I had a lot of titles, including "'Taint Nobody's Business If I Do" and "Love Like That" but in the end it was the way Henrietta Bingham burbled back into life that brought to mind "Irrepressible." 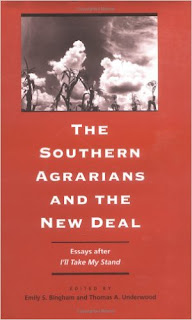 She was certainly suppressed during her life but even in distant memory she had a power that outlasted her marginalization, somehow. And I liked the play on "repression," the Freudian term.

A: I'm going to piece together the draft of the play Henrietta and her younger brother, my grandfather, Barry, wrote together in 1927.

Also, I have a partially finished essay, essentially a biography of the Stephen Foster song, "My Old Kentucky Home."

A: I hope this book inspires readers to think and ask about parts of their family tree that are missing from the family lore. Those silences can be incredibly telling--about one's own family and about the past.

We are able to talk about so many things that people assiduously avoided in the past (mental health, sexuality, and plain conflict) but even if they were not discussed, they shaped us and convey a lot about past times.