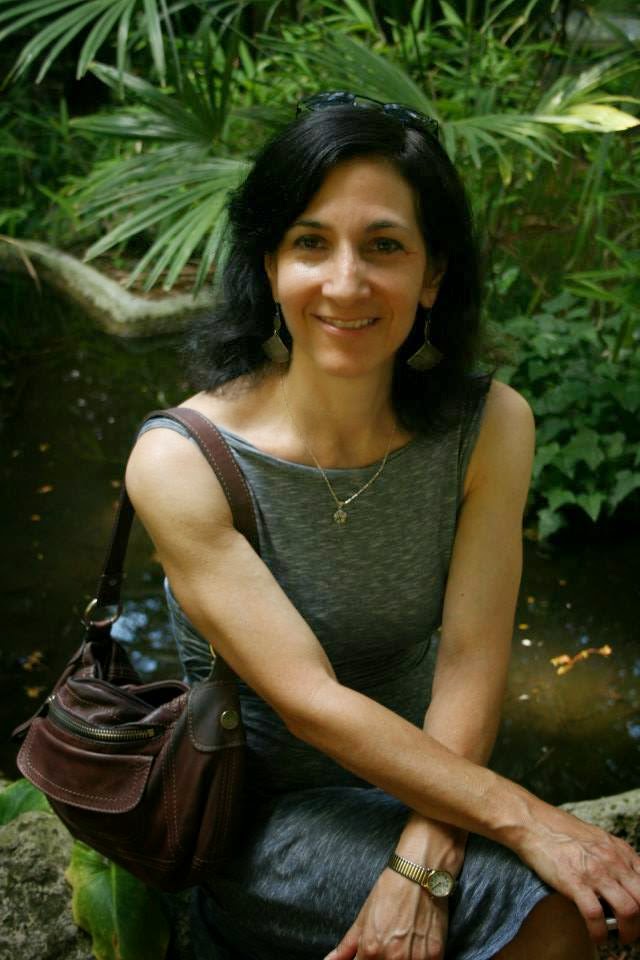 Sara Lipton is the author of the new book Dark Mirror: The Medieval Origins of Anti-Jewish Iconography. She also has written Images of Intolerance, and she teaches medieval history at SUNY Stony Brook.

Q: You write, “Art can be a powerful force in shaping the way we see and think about the world.” How was this true in the Middle Ages, and how does that era compare with our own?

A: As anyone who has flipped through an illustrated magazine knows, pictures craft our ideas of beauty and ugliness, good and bad, power and weakness.

But they also do much more. By emphasizing certain details over others -- through color, size, focus, placement, or by depicting something familiar in a new way -- they can draw our attention to previously unnoticed aspects of life, and invest them with new significance.

So, for example, in Dark Mirror I point out that no one remarked on the fact that the hair of German Jews was, on the average, darker than the hair of their Christian neighbors until Jews’ coloring became a focal point in art. And though Christian texts had long associated evil with darkness, it was the development of realistic art that made people link the dark-haired people around them to the abstract “darkness” of evil.

In our own day, many of us managed to live happily for decades without once worrying about the color of our teeth. Then we became bombarded with photographs of celebrities with immaculately (and impossibly) white teeth, and suddenly we noticed that our own looked dingy and yellowish...and a $3 billion industry was born.

Most importantly, images mold our emotions – depending on its depiction in art, the same subject can inspire fear, love, revulsion, or desire. And those emotions then spill over into the real world.

Political consultants, advertisers, and fundraisers have long known and taken advantage of this, of course. A single powerful picture of a suffering child can spur more giving than a hundred written accounts, no matter how moving. A recent demonstration of this power is the intense shock and outrage prompted by a video of a man knocking his fiancée to the ground – an action that had already been described in dozens of news stories. 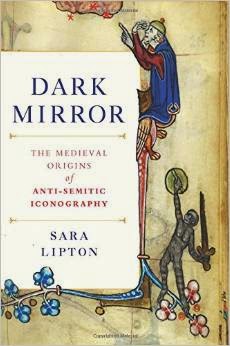 The primary difference between the Middle Ages and our own era is in the number of images we are exposed to every day. We are surrounded by images, full of color and movement, while art was relatively rare for much of the Middle Ages.

Before about 1300 few people had art in their homes or owned illustrated books; they were exposed to images primarily in church and on the facades of grand public buildings. While this made the Middle Ages a less image-soaked world than our own, it must also have heightened art’s impact.

Q: What changed in the medieval period when it came to depictions of Jews in art?

A: The main change came in the late 11th century, when artists began to “mark” figures as Jews (or rather, as Hebrews and Judeans) through certain visual devices – pointed hats, beards, scrolls. Before that, Hebrew, Judean, and Jewish figures had been completely indistinguishable from anyone else.

This one change had enormous consequences – it made Christians look at Jews with new curiosity and interest (and, eventually, though not right away, hostility), drew their attention to previously unnoticed aspects of Jewish life and looks, and in the process generated new ideas about Jews.

Many other changes were introduced in the following centuries. Jews in Christian art morphed from respected if outdated Hebraic prophets and elders, to blind and ignorant unbelievers unable to see the truth, to hostile and aggressive enemies of Christ, to, finally, the embodiment of almost all error and sin.

Q: How did you first get interested in this subject, and what surprised you most in the course of your research?

A: Like many medievalists, I’ve been mesmerized by the Middle Ages since I was a child. When I was very little I loved fairy tales, and then as I grew older, I loved even more learning about the gritty reality underlying them.

I also grew up loving art. My mother is a museum curator, and for some reason I was the sole child in the family who didn’t mind being dragged around museums and galleries for hours on end.

My interest in Jewish-Christian relations was sparked by a remarkable college course in medieval Jewish history.

And in graduate school I was lucky enough to find an advisor – the late, brilliant historian John Boswell – who encouraged me to put all my interests together and explore medieval Jewish-Christian relations via images as well as texts. 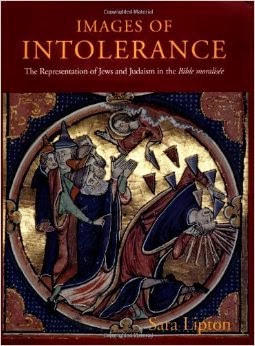 I’ve been working on various aspects of the topic ever since. My first book examined anti-Jewish polemic in a set of 13th-century manuscripts made for the king of France. After several more years of study, I began to notice a recurring pattern across many centuries. Five hundred years of dizzyingly dense imagery suddenly began to make sense.

Probably what surprised me most was how much it all fit together once I knew what to look for.  What I had noticed is that medieval Christian art highlighted not only what the Jews look like, but, even more, how – and whether -- they see.

Christians used Jews – who were traditionally labeled “blind” for their failure to “see” Christian truth – to work through their anxieties over the difficulty of worshipping an invisible, spiritual God while living in – and often mightily enjoying -- a visible, material world.

So for each new visual sign, I looked for contemporary texts that addressed these issues. One of the most exciting moments in my research was when I found that elusive smoking gun – a treatise that said exactly what I expected (and hoped) it would say.

It was by an abbot worried that his young monks would be seduced by the dazzling luxury all around them. “Do not be distracted by exterior light,” he warned, “for Christ himself would have neither beauty nor grace, were he viewed with Jewish eyes.”

Q: How were Jewish women depicted during the period you focus on in the book?

A: That’s one of the most interesting aspects of the story! For many centuries, Jewish women looked no different than Christian women. None of the symbols applied to Jewish men were ever applied to them.

Then around 1400, Jewish women began to be “marked” in one of two ways. Either they appeared as exotic seductresses, wearing brightly colored diaphanous draperies and glittering jewels, or they were hideous hags, sporting the same hooked noses and dark complexions as their brethren.

I argue that this reflects changes in Christian culture. Until the later Middle Ages, Christians thought of their religion as centered in church and expressed through the sacraments, which were enacted by priests, who of course were exclusively male. The only way a woman could gain status in Christianity was to escape her “femaleness” by adopting virginity.

Around 1400, however, a growth of lay piety brought religious practice into people’s homes. Wives and mothers now had roles to play – they could teach their children, participate in prayer circles, maintain a domestic chapel, and run a Christian home.

As the religious significance of Christian women grew, so did that of their counterparts, Jewish women. This is reflected in the creation of an iconography for Jewish women – the seductress figure displayed their danger, the hag figure their evil.

A: One of the major unresolved questions about medieval art is what was it actually used for? Did people learn Bible stories from pictures, as a pope famously claimed? And how did medieval viewers see and read all the images, many of which of are very hard to decipher? I am trying to answer those questions by scouring texts -- sermons, chronicles, and tales -- for invocations of or reactions to artworks.

I am also thinking of writing a memoir about a year I spent teaching in a Christian international high school in Jerusalem. We had a remarkable mix of students – Jewish, Christian, and Muslim – trying to learn and live in a unique and challenging place. It was a year I’ll never forget.

A: Even though my book tells a very dark story, and religious hatred seems to be surging in many places around the globe, I see no reason to despair. People can learn, attitudes can change.

That’s one reason I wrote this book – so we can understand where hatred and bigotry come from, and the role that images can play in that process, and then use that knowledge to try to do better.