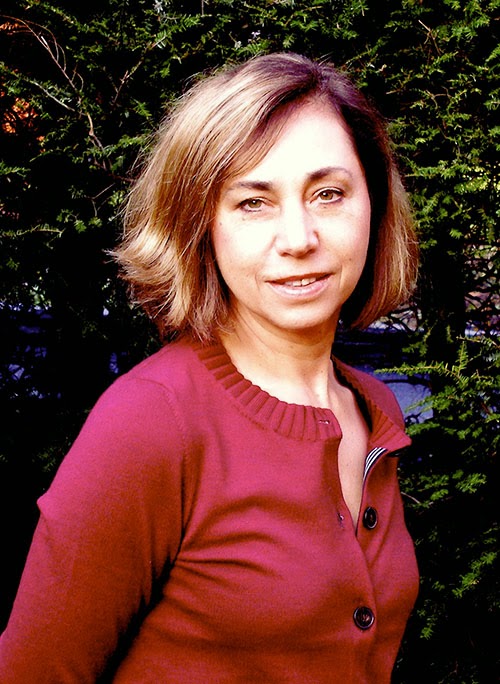 Elena Gorokhova is the author of the new memoir Russian Tattoo. Her previous memoir is A Mountain of Crumbs. She grew up in St. Petersburg, Russia, and moved to the United States at age 24. Her work has appeared in a variety of publications, including The New York Times and The Daily Telegraph. She lives in New Jersey.

Q: You write, “Russia, like a virus, had settled in my blood and hitched a ride across the ocean.” What were some of the ways in which Russia remained with you, even after you had lived in the United States for many years?

A: I think that all immigrants live with their soul split in half: one half is where your current home is; the other will always belong to your birthplace.

One result of having grown up in Soviet Russia, for me, is the inability to make choices, especially in shopping. Another is a fear of making mistakes, maybe because mistakes back home generally had more severe consequences.

I also have trouble throwing things away. I am not as hopeless as my mother, who re-used paper napkins and saved plastic bags from the produce section of grocery stores, but my husband has to push me to toss away a cracked plate or an old drip coffee maker, despite the fact that no one in my house drinks American coffee.

I’m still insecure when I speak to people in English, still unsure of how to use English articles - all those a’s and the’s in front of nouns - because the Russian language doesn’t have them. I have trouble spending money, especially on frivolous things, especially on things for myself.

What else? For parties, I always prepare more food than anyone can eat, so my guests go home with containers of mayonnaise salads and my family has to eat the party food for days afterwards. As you can see, the virus of Russia keeps me pretty damaged. 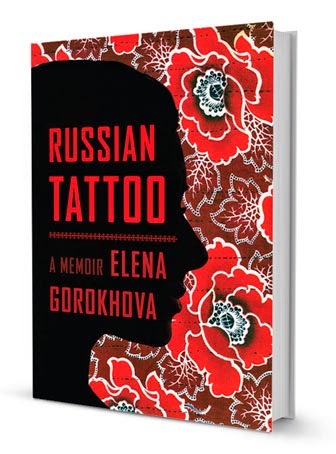 Q: In the book, you describe you, your mother, and your daughter using the imagery of matryoshka dolls, “mothers and daughters stacked up inside one another.” How does that image resonate with you?

A: I think the image of matryoshka dolls is the image of one generation following the other. My moving to the U.S. disrupted, in a way, this generational continuity.

But I was still trying to have my daughter continue something she didn’t understand and to which she had little connection. My mother functioned the way she did back in Russia, and my daughter, born in this country, did things an American child would do. I was caught in the middle – a buffer between the old and the new – and I constantly felt bruised.

Yet we still belonged to the same family, and we remained connected despite my mother not speaking English and my daughter not speaking fluent Russian. Maybe I was the link between the past and present.

A: For me, the title carries two meanings. The first one is literal, the tattoo on my daughter’s arm. The second meaning is metaphoric: it involves all my Russian memories, influences and connections that will always remain with me: Russia inked into my heart. It represents the split heart and the divided soul that all immigrants are destined to live with. 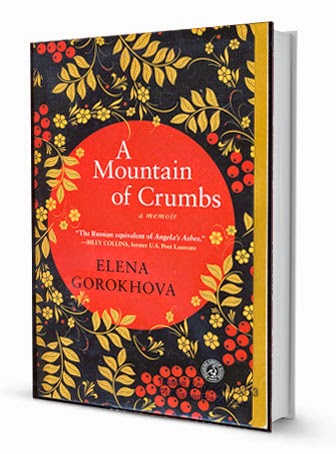 A: It was very different. The first memoir took much longer to write: as I was writing down my Russian memories that later became chapters of A Mountain of Crumbs, I was learning how to write in English.

For the first few years in this country, I didn’t allow myself to read in Russian because I made a deliberate choice to write only in English. I learned how to write by reading good books in English and writing down beautiful sentences and paragraphs that struck me.

The second memoir took only three or four years to write. It was a matter of trying to figure out the complex and complicated relationships with the people around me: my first husband, my mother, my second husband, my sister, my daughter.

I was writing to bring back the memories and try to understand how the multiple strands of motivations and desires created the fabric of our lives. And it was my mother’s death that gave the book its ending.

A: It is a memoir (novel?) based on my sister’s life. She was born during WWII, grew up in a small town in central Russia, and became a prominent stage, film, and radio actress.

I am interested in exploring the process actors go through in creating a role – the real make believe, as opposed to the fake make believe we all had to live by in Soviet Russia. We pretended to believe in our phony bright communist future – while Russian actors lived their roles, creating the truth.