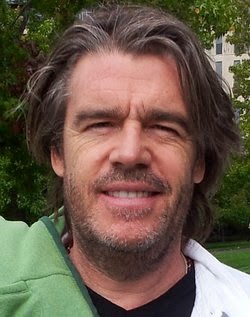 Kevin Morris is the author of the new story collection White Man's Problems. He is the coproducer of the Broadway musical The Book of Mormon, he has written for The Wall Street Journal and other publications, and he lives in Los Angeles.

Q: How was the book's title (also the title of one of the stories) chosen?

A: The phrase was used in one of the many rejection letters I’ve received. Initially I felt slighted and defensive, but I eventually came to the conclusion that perhaps the characterization was right.

This played in well with my general, subjective belief that a great deal of literature being published today does not necessarily take on the struggles of the average – or successful -- white guy.

Like many, I grew up loving writers like John Cheever, John Updike, Philip Roth, Raymond Carver and Saul Bellow – just to mention a few – and I admire their styles and ways of approaching the inner lives of their characters.

I recognize the need for other voices to break the monopoly of white men writing about the existential issues confronting the American male. But, as I started to write, I found myself wanting to engage that tradition in a conversation and speak to the issues rumbling around in the minds and lives of such guys.

It’s not that I feel that men are just primitive, but I do acknowledge that there are basic themes – like sex, fear of death, and fear of failure -- in most men’s heads. Male sensitivity and complex emotions co-exist underneath the caveman parts, and that interplay is what I’m after.

Modern American men, middle class and up, are basically all fucked up. Most of us have never been to war, are wealthy compared to the rest of the population of the earth, our country and often our parents, and we have what strikes most people as self-indulgent problems. But, nevertheless, the pain is real. To me, that’s interesting and rich soil for fictional treatment. 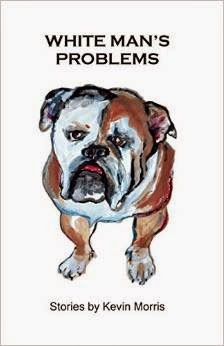 Q: Like you, many of the characters in your stories are lawyers. How has your work as a lawyer affected your writing?

A: I would say that both crafts involve the use of language and demand discipline in producing concise, unadorned well-edited writing. There is a great deal of useful training for a writer of fiction in legal writing.

But, there’s a lot that drives you the other way –the non-artistic way - like a perpetual jackhammer. There are many creative souls who make it to through the bar exam, only to find out later they should have never gone that way in the first place. Of course, as with much of this stuff, there are worse things.

Q: Issues of money and privilege factor into many of the stories. Why did you choose that as a theme to explore?

A: The guys in the stories share a sort of alienation as they get older. They’ve been hard workers and have succeeded financially, but they can’t help feeling like they should be happier. So, like Henry, the dog on the cover, you can’t tell if the characters are tough and ready to fight, or about to be run over. (The sadness in Henry’s eyes may be a hint.)

Success is constantly shape-shifting. We’re busy trying to define it, deal with it, not get jealous about others who have it, what have you. And when we think we have achieved it, we worry that we are deluded or have redefined success just to make ourselves happy. Stridently successful people without any doubt just strike me as one-dimensional.

There’s also a technical reason for upper mobility in some of the characters. Taking someone from poor to rich is a useful vehicle – it can add a layer of complication and texture to the mix and heighten the internal conflict on certain issues.

For example, we chase money so much in American life that we risk looking up too late. I’m hardly the first to observe that. And the over-achievers are especially prone to it.

Having said that, I’m more interested in the pressure not to let life pass you by before it passes you by, and the conundrum that puts my characters in. That’s Jim Mulligan and Eliot Stevens and John Collier from “Rain Comes Down,” even though it’s now too late for him.

Is this a white man’s problem? In some ways, but mainly I think it’s a modern human problem.

Q: You've mentioned some writers that you grew up reading. Which writers have particularly influenced you?

A: So many. John O'Hara for his punch, John Updike for his ability to articulate and reveal, James Salter for his masculinity, Flannery O'Connor for her daring, J.D. Salinger for dialog, Lorrie Moore for amazing composition, Ian McEwan for gracefulness, John Cheever for his sadness, Jonathan Franzen for his synthesis and erudition, Donald Barthelme for being hilarious, Tom Perrotta for unpretentious heart, and so many more.

A: A novel for Grove.

A: The book is not a political statement or polemic. It’s simply a book of stories about white men and, as with any fiction, an attempt to convey stories and ideas to the reader.