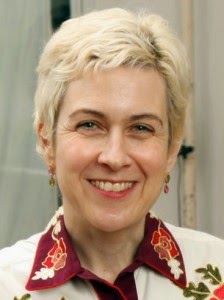 Amy Fusselman is the author of the new book Savage Park: A Meditation on Play, Space, and Risk for Americans Who Are Nervous, Distracted, and Afraid to Die. She also has written The Pharmacist's Mate and 8. She is based in New York City.

Q: What intrigued you about Savage Park, and how did it inspire this book?

A: Hanegi Playpark in Tokyo, affectionately dubbed “Savage Park” by the child of the friend who took my family there, is an adventure playground. Adventure playgrounds were first developed by landscape architect Carl Theodor Sorenson in Copenhagen in 1943, when that town was under German occupation.

These playgrounds are composed of essentially three elements: a vacant lot, donated materials or tools, and a playworker who is there to facilitate children’s play but not to direct it. This landscape was totally unlike anything I had seen before in terms of a children’s play space, and I wanted to explore it. 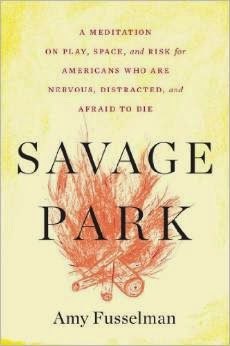 Q: How do American concerns about death and safety affect our ability to play?

A: Safety concerns and the culture of litigation have constrained American playground design for decades. But children will play anywhere, with anything, regardless of what the environment is, and thank goodness. The issue is really more about why we create play environments for children that are so impoverished.

Q: In the book, you describe taking a class with the famous high-wire artist Philippe Petit. What did you learn from that experience, and how does it tie in to Savage Park?

A: I love Philippe Petit’s perspective on artmaking: his recent book on creativity frames it as “a perfect crime.” His understanding of creativity as fundamentally transgressive is tied to themes in my book.

In class, Petit’s practice of “greeting the object”—of creating a way to say “hello” to the thing you were working with—was beautiful to me in its regard for the spirit of an object.

This is an idea that was reinforced for me at the adventure playground, where the tools donated to the playpark were each given names, and where children were encouraged to call a screwdriver, for instance, by its name, “Blackie.” 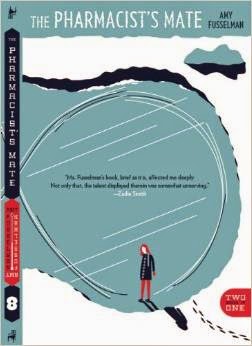 Q: You write that when considering space, we tend to use our eyes when we should be using our ears. Why is this, and how can we make this change?

A: Sight is our dominant sense. But I love the notion that it is by listening that we experience depth. In general, I think anything we can do to listen more closely—to our environment and to each other—is fantastic. I am also very drawn to the Quaker idea of listening as a spiritual practice.

A: I am writing poems and have some other projects in the hopper.

A: The great child psychoanalyst D.W. Winnicott felt that it was in experiencing “creative apperception” that life was made worth living. He made a connection between the play that happens in a playground and the making of culture in a society. My hope is that readers will find Savage Park to be a bit of an adventure playground itself.