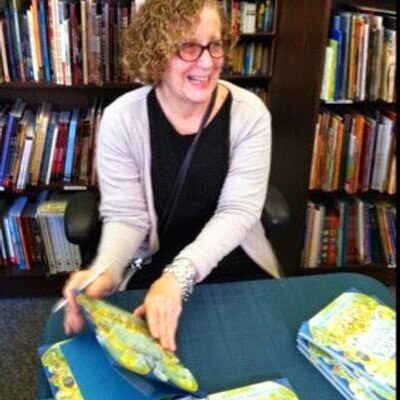 Monica Edinger is the author of the children's book Africa Is My Home: A Child of the Amistad, a winner of the 2014 Children's Africana Book Award. She also has written two books for educators, Seeking History and Far Away and Long Ago. She teaches fourth grade in New York City.

Q: How did you end up writing Africa Is My Home, and what kind of research did you need to do to write the book?

A: I first learned of Margru and the other children at a 1999 meeting of the Friends of Sierra Leone meeting at Mystic Seaport. When I had served in Sierra Leone as a Peace Corps Volunteer in the mid-1970s there was no knowledge of the Amistad story and so I’d first learned of it by way of Spielberg’s movie where the children were left out.

Preoccupied with events in Sierra Leone, it was only when I got home from the meeting that I began to wonder about those children. Here at last, I realized, was a way to bring something of the Sierra Leone I knew, one that was more than the sensational headlines of child soldiers and death, to young people.

My early research into the children led me to Margru and her remarkable story. I read many accounts of the Amistad and then tracked down many primary sources about the affair and Margru. 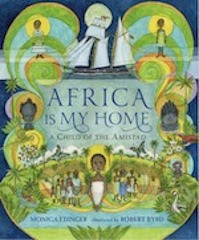 One of my most helpful resources was Mystic Seaport's “Exploring Amistad” site which contained huge numbers of scanned and transcribed newspaper articles, documents, letters, and more materials that are otherwise only available on microfilm (sadly no longer available).

I was privileged to handle Margru’s letters as well as those of others at Tulane University's Amistad Research Center and saw evidence of her time at Oberlin in that institution’s archives. I also retraced her steps in Farmington and New Haven. Joseph Opala, an archeologist who brought the story of the Amistad to Sierra Leone, referred me to Konrad Tucherer of St. John’s University who was enormously helpful to me over the years.

For those interested in learning more about my research I've many resources on my blog here.

Q: How did you combine the historical and fictional elements in the book?

A: Because I wanted young readers to know that the story was true I worked to keep the historical material up and center. As I wrote in my author's note, I tried for many years to write the book as nonfiction, but found the lack of sufficient first-hand material from Margru herself about her childhood made it problematic to bring her close to young readers.

And so I moved across the border to fiction. I kept the focus on the true story while providing young readers with a sense of Margru's own feelings of loss and despair when taken and have her resiliency through such a harrowing period of her life.

That it took quite a few years for me to get to this point was important. When I began the project and people suggested I write it as historical fiction I resisted feeling it was presumptuous of me to even try to imagine what Margru might have felt. But after a few years of immersion in her life and story it seemed like something I could try to do in order to bring her story to young people.

Q: You've also written books for teachers. Do you have a preference?

A: I wrote the books for teachers quite a while ago.  At first I was considering doing another one, but at that point I had started work on this project and eventually realized that I wanted to focus on it. I am now particularly interested in writing another book for young people.

That said, I do write for adults --- my blog, Huffington Post, reviews for publications like The New York Times, and articles. If someone approached me to turn some of that into a book for adults I'd be interested!

Q: How closely did you work with Robert Byrd, the illustrator of Africa Is My Home? 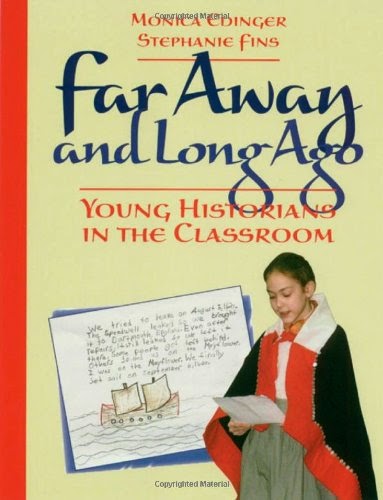 A: Generally the practice for children's book publishers is to keep the writer and illustrator of a book pretty separate. I was fortunate in having some input in the selection of the illustrator and, knowing Bob's earlier work, suggested him and was thrilled when he wanted to take on the project.

We did not have any direct communication while the project was in process. The art director sent his sketches to my editor who showed them to me. I provided her with some feedback and that was given back to the art director who then communicated with Bob.

Because I'd originally seen the book as having many primary source images I had done a lot of research on this and so I recognized that Bob had used many of them in his own illustrations. I was blown away at the depth and care of his research in addition to the gorgeous illustrations. He completely captured the sensibility of Margru's journey.

A funny side note --- I'm a lapsed illustrator. One of my jobs as a Peace Corps Volunteer in Sierra Leone was to produce illustrators for several NGOs for educational projects. While there, on my own, I did a series of illustrations and it is amazing to me how the colors I used for the flora and fauna are similar to those Bob used. (He doesn't know this, by the way! I never told him about this piece of my past.)

A: I am currently working on a totally different project, but one on a topic that is similarly hugely important to me personally. This is the story behind Lewis Carroll's Alice's Adventures in Wonderland.

It is a book I have always loved and have been reading aloud to my 4th grade students for decades. We have so much fun with this. I help them learn about life for Victorian children and how Carroll was having fun being incredibly subversive with their lives.

And so I want to create a book that provides this information to young readers so they can have the playful experience I provide for my students and that Carroll's original Victorian child readers had.

A: Just my great thanks again for the CABA award and for the overall positive reception the book has received.