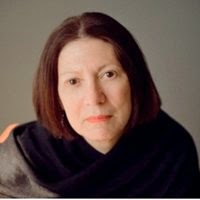 Carol Berkin is the author of the new book Wondrous Beauty: The Life and Adventures of Elizabeth Patterson Bonaparte, which looks at the life of the American woman who married Napoleon's younger brother. Her other books include Civil War Wives and Revolutionary Mothers. She teaches at the Graduate Center of the City University of New York and taught at Baruch College for many years; she is Baruch Presidential Professor of History. Berkin lives in New York City and Guilford, Connecticut.

Q: Why did you decide to write about Elizabeth Patterson Bonaparte?

A: Actually, I was having dinner with a friend who makes historical documentaries and I mentioned I was searching for a new book topic. I have just the subject for you, he said—and he told me about Elizabeth Patterson Bonaparte. I did a little digging and realized hers was the story I had to write.

It was a wise decision. The story is fabulous, but more than that, it gave me the opportunity to show how historians must explore the intersection between “private” lives and public and political decision making.

And, it gave me the chance to demonstrate how the American gender ideology of the era thwarted individuality in women even as it touted it in men. 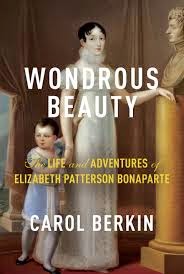 Q: You describe her as "an American celebrity, perhaps the first of her era." What accounted for her fame? Was it mostly due to her marriage to Napoleon's brother, or was that just a part of it?

A: Of course, her marriage to Jerome catapulted her into the limelight. Both the young Betsy and her new husband loved being the center of attention. Washington society went wild over her—both favorably and unfavorably. Newspapers carried accounts of what she wore, where the couple went, what they said.

Later, her celebrity returned because of the tragic tale of her betrayal by her husband. In the early 19th century, the struggle between England and France meant that everything that happened to Betsy had political and diplomatic repercussions.

Her terrible treatment by Napoleon, England’s generosity to her, the romantic pursuit of her by English noblemen, and then the pension Napoleon gave her—all of these shook the American government and swayed public opinion vis a vis Napoleon and the English.

Her celebrity thus endured. When Betsy sued in French courts for her only child, Jerome’s son, to be recognized as legitimate, when Jerome died, when her son died—newspapers around the country retold the tale of her marriage and betrayal. I found accounts of her early life in newspapers as far away from her home state of Maryland as Oklahoma. 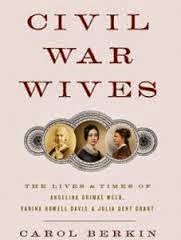 Q: Elizabeth Patterson Bonaparte's difficult relationship with her father is one of the major themes of the book. How would you describe the dynamic between the two of them?

A: This was the true tragedy of her life. She and her father were temperamentally very similar—and of course never realized it. He longed for her to let him protect her; she longed for him to respect her decisions. He saw her as disobedient and scandalous; she saw him as a hypocrite because of his infidelities and a tyrant to his children.

And yet…it was clear that the central emotional connection in both their lives was with one another. They never made peace with each other.

Q: What does her life say about the role of women in that era, both in Europe and in the United States?

A: Betsy’s desire to be more than just a wife and mother, her longing to be seen and appreciated as a smart, interesting individual ran hard up against the gender ideology of early 19th century America. That ideology—domesticity—confined women to the parlor and the nursery. Betsy found this smothering.

France, on the other hand, permitted elite women a public social role. Women ran salons where intellectual and artistic men and women gathered, for example. This is what Betsy wanted for herself. And, after Napoleon was exiled, she achieved it. In her letters, she raged against bourgeois American society, against its men who pursued nothing but money, its women who led cloistered, confining lives. And, to a great degree, she was correct. She sacrificed much to escape this world. Liberation had its price.

A: I just turned in a new manuscript to Simon and Schuster on how we got the bill of rights. It is titled The Bill of Rights: Securing America’s Liberties.

A: I just became a grandmother for the first time. This is even more thrilling than seeing your books in print!