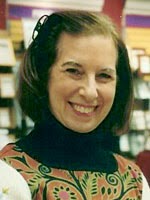 Deborah Nodler Rosen is the author of the new poetry collection Sight/Seer, which focuses on travel. She is the co-editor of Where We Find Ourselves: Jewish Women around the World Write about Home, and the author of the biography Anwar el Sadat. She is an editor of the poetry journal RHINO, and she lives in the Chicago area.

Q: Did you write the poems in your new collection as you were visiting the countries you describe, or did you store up your impressions and create the poems once you were back at home?

A: Were I to be honest when filling out questionnaires and applications that ask for occupation, I would write "voyeur." I love to visit new places, explore and wait for them to reveal themselves to me. I find great joy in "noticing" and "discovering." I write these observations down immediately and then turn them into poems when I return home and have time to play with the words, cadence, and rhythm.

Q: You've edited an anthology, Where We Find Ourselves. How did you and your co-editor decide which selections to include?

A: My co-editor Miriam Ben-Yoseph and I were very much in sync. We both wanted as many countries and points-of-view represented as possible.

Miriam grew up in Romania, went to college in Israel and knew writers in both places. I'm an editor of the poetry journal RHINO and knew a variety of poets whose work I admired. A professor at my college (Wellesley) put me in touch with many Latin American writers.

Essentially we wanted writers who could capture emotion and make their pieces come alive. We wanted our readers to be able to see, hear, be part of the experience and place written about.

The good writing stood out and if we disagreed there was always enough merit in a favorite piece to include it. Miriam's favorites and mine added diversity--always welcome in an anthology. 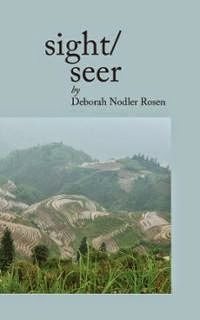 Q: How did RHINO come into existence, and how did it get its name?

A: RHINO was born in 1976 when a small group of Chicago-area writers wanted a place to publish their work. One of the writers was also an artist and had a black and white sketch of a rhino. That sketch became the cover and variations of that rhino have graced the cover each year.

RHINO has grown from a local journal to one of international acclaim. We receive thousands of submissions each year from all over the world. RHINO 2014 was just launched with poems translated from Arabic, Persian, Slovenian, French and Spanish as well, of course, in English.

Q: Of the various forms of writing and editing you've done, do you have a preference?

A: I much prefer writing and reading to editing. I love the element of surprise and pleasure when slitting open an envelope and reading someone's secret thoughts--ideas and feelings that I doubt the poet has ever expressed to a spouse or friend.

The actual act of editing (correcting/changing/formatting) is not my forte and I don't feel comfortable in that capacity. However I have been lucky in that I have been asked to write the Editor's Note in recent issues.

Reading through the entire issue in one sitting and discovering a
theme that has assembled itself is magical--everything from "earthquake" before Haiti's, to "how boundaries have weakened," to "nature not people in control."

We've met as a group of editors over a 10-month period choosing poems one by one and in some extraordinary way a theme emerges.

But writing itself is my favorite. To take an observation or feeling and find the exact words to describe and explain it is so gratifying. One word which keeps coming up in my writing is "reify." There is such satisfaction in making the inchoate real.

As I tell my students when I teach a poetry class in a school, "Look what you have done! You have created a poem that never existed in the world before." The glow in that student's eyes is priceless. The act of creation is a gift you give yourself.

A: Sight/Seer, my first book of poetry, contained my travel poems. Now I'm in the process of choosing poems for a second collection. I'm finding that "time" and "finishing" are recurrent obsessions interspersed with poems about my childhood, which brings me to your last question.

A: My mother read poetry to me starting as soon as I could understand words--lots of A.A. Milne and later Edna St. Vincent Millay. I wrote my first book of poetry when I was about three--dictating the poems to my mother because I could not yet write.

The poems, though original, were highly plagiarized from
Christopher Robin and I confess that I still hear that A.A. Milne cadence, slightly camouflaged, in the poems I write today.