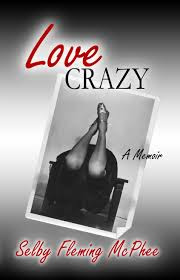 
Q: What reaction have you received from readers to the book?

A: It pleases me that my readers have been swept up in the drama of my parents' turbulent relationship. They also seem to appreciate the history of the times that set the letters in the context of the era (I loved doing the research! And for such interesting times - those pieces of history, the twenties, the Depression, World War II - that did so much to shape our world).

And readers often mention old family letters of their own they are now curious to read. Men seem to particularly like the war letters - makes them think of their fathers' war experiences. Once in awhile, people are uncomfortable with the personal revelations.

Q: Are there any particular memoir writers who have inspired you?

A: My favorite memoir is Jeannette Walls' The Glass Castle.

--Interview with Deborah Kalb. Selby Fleming McPhee will be participating in the Bethesda Literary Festival, which runs from April 11-13, 2014. For a full schedule of events, please click here. An earlier version of this Q&A appeared on July 20, 2013.
Posted by Deborah Kalb at 6:35 AM