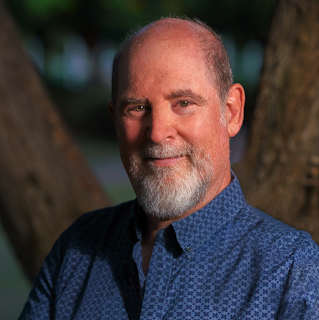 Scott Lenga is the author, with his late father, Harry Lenga, of the new book The Watchmakers: A Story of Brotherhood, Survival, and Hope Amidst the Holocaust. The book focuses on the experiences of Harry Lenga and his brothers during the Holocaust. Scott Lenga lives in Israel.

Q: What inspired you to create The Watchmakers?

A: I have been inspired by my father’s stories since my earliest childhood. Back in the 1990s I had done a full week of interviews with him to record his legacy for future generations. For me personally, it was okay that the tapes sat in a cabinet year after year because I knew all the stories.

When my kids were young, these were the bedtime stories I told them. I wanted them to internalize my father’s character traits of brotherhood, resilience, and initiative as a family legacy before they started learning about the larger history of the Holocaust in school.

It was only then that I understood that the volume of material in the taped interviews was too big to be accessible to other people.

One of my daughters began threatening to write this book herself and actually wrote an early version for a 7th grade English class. Then my older brother died and I caught a cold glimpse of my own mortality. I was in my mid-50s. I felt like it was now or never.

Q: How did you incorporate your father’s voice into the book?

A: I decided that I had to do something with those interview tapes. What? I didn’t know exactly.

So, I started an experiment. What would be the result if I turned the interviews into a monologue and sorted all of his testimony chronologically? The result was staggering. A new and vital coherence in my father’s story took shape from the scattered fragments of his testimony. I was hooked.

From then on, my methodology was to preserve my father’s first-person voice and style of communication and to minimize my footprint. 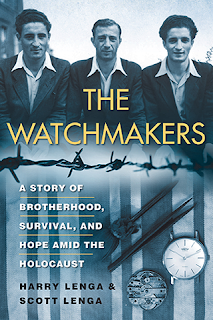 I am an invisible presence that is asking my father the interview questions that are the basis of this book. My curiosity and love for his story directed his memory to places and details that he would not have thought to share with anyone other than me, his adult son.

My father wanted me to know what happened to him in the war, but he also had a strong desire for me to understand him as a person. That created an intimacy in our interviews that comes through in The Watchmakers. The reader steps into my shoes to hear his story.

Q: Can you say more about how your father’s experiences affected you as you were growing up?

A: My father’s stories from his childhood and how he survived the war were an integral part of my upbringing. When I was 5, he would tell me about how things were when he was 5. These were the conversations at our dinner table and when we took walks around the block.

His concentration camp stories were about brotherhood and endurance and taking risks to survive. I heard these stories long before I heard the word “Holocaust” or knew what it meant.

Q: The author Adena Bernstein Astrowsky said of the book, “The Watchmakers is a beautiful tribute to the bond of brotherhood.” What do you think of that statement, and how would you describe the relationships between your father and his brothers?

A: When my father and his two brothers escaped from the Kozhnitz Ghetto, they made a pact to stay together no matter what would happen and at any cost. That was the higher purpose that gave them strength and meaning.

Many times one brother risked his life to keep this oath in the concentration camps, and often the survival of all the brothers was a direct result of those selfless actions.

A: I hope that readers will identify with my father’s resilience--his initiative. He and his brothers were ordinary people--regular guys who committed themselves to core values and to each other. Time and time again, they did the simple, hard thing when faced with the darkest situations. That opened up a level of resilience and tenacity inside of themselves that they never knew existed.

My father and his brothers set a powerful example that calls to the hidden capabilities deep within all of us. They struggled to keep a single-minded focus--to stay together for that day and to survive.

A: I am working to adapt one of my favorite stories from The Watchmakers into a book for children.

A: In the world of the German slave labor camps and even Auschwitz, watchmaking gave [my father and his brothers] a hand they could play to influence their fate. Their watchmaking skills and my father’s guts to offer to fix watches as a “favor” to his German overseers was the key to their survival.