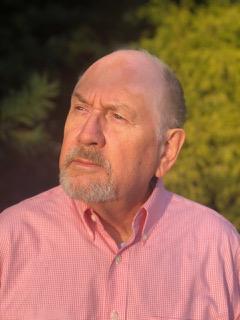 James H. Lewis is the author of the new novel Novak's Quest. His other books include the novel Novak's Mission. A former journalist, he lives in Pittsburgh.

Q: This is your second novel featuring your character Karol Novak—do you think he's changed at all from his previous appearance in Novak's Mission?

A: In the first book, readers discover that Novak had suffered abuse at the hands of a predator priest in his youth, an experience that shaped his life and alienated him from the church.

In Novak's Quest, he forms an alliance with a priest that will carry forward into the next book in the series. He also adapts to a role he detests. When he sees a threat to his hard work to restore public confidence in this scandal-plagued police force, he learns the art of playing politics.

Q: What inspired the plot of Novak's Quest?

A: When we moved to Pittsburgh six years ago, I was struck by the uneven approach to law enforcement in this patchwork of municipalities. So I created a fictional borough where I could address the consequences of this fragmentation.

After I published Novak's Mission, locals began telling me stories about unsolved murder cases in the community. One captivated me, and I fictionalized it for Novak's Quest. The parallel mystery, which serves to develop one of the supporting characters, is based on another Pittsburgh crime.

A: I'm a "plotter" rather than a "pantser," so I had a good idea where this story was going as I began writing it. As I outlined it, however, I didn't know where it would lead. While working through the scenes and developing the characters, a new idea occurred to me. I wrote a synopsis incorporating this ending, finished the outline, and began writing.

As I wrote, the characters changed elements of the story. This always happens. When I wrote Novak's Mission, one character made me change the mystery's resolution. When readers tell me they didn't see it coming, I respond, "Neither did I." I begin with a plan but let the characters take the novel in new directions. 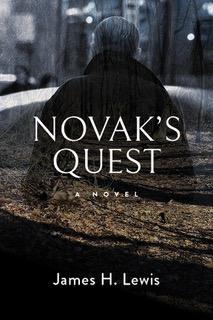 A: I research local crimes and fictionalize them. For the law enforcement background, I studied the structures of various Pittsburgh-area police departments.

Andrew Schurman, an inspector with the Allegheny County Police Department, told me that because of the myriad approaches among cities, boroughs, and townships, I could structure my fictional department any way I cared to, "and you won't be far wrong."

I study law enforcement techniques and practices, but some of my best information comes from talking to police officers—ordinary men and women on the beat. Most are happy to discuss their work.

A: After three years of work, I have finished a World War II historical novel, The Quadrant Conspiracy. It is based on an incident that occurred when President Franklin Roosevelt went fishing in Ontario on the eve of a pivotal Allied conference in the summer of 1943.

As Philip Padgett recounts in his excellent history, Advocating Overlord, FDR planned to return along the scenic Ottawa River, but his security detail scrapped the plan because a German prisoner of war had escaped near the route his train was to take. The resulting security alert derailed the president's travel plan.

The one paragraph in which Padgett tells this story made me ask, "What if?" Phil, whom you interviewed for his book, provided me with hundreds of pages of research. I owe him a great debt.

I'm also working on a family drama centered on a genealogical mystery. And, of course, I plan another Novak.

A: All my novels deal with underlying themes. They're ultimately about something larger than the plot. My first book, Sins of Omission, was a mystery, but its message was about racism. My second centered on the declining health of local journalism. While I've hinted here about the themes in the Novak series, I'll leave it to readers to identify them for themselves.