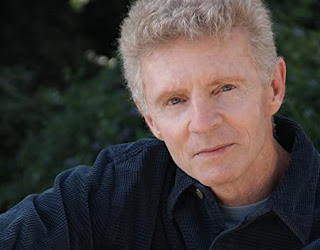 Billy Hayes is the author of the new memoir Midnight Express Epilogue: Train Keeps Rolling. It is a follow-up to his 1977 book Midnight Express, which recounted his experiences in and escape from a Turkish prison after he was caught trying to bring hashish out of Turkey. The book was made into a film, released in 1978. Hayes, who has been critical of aspects of this film, is also an actor and director.

A: I'd had Epilogue notes piling up for many years, and when Covid shut down theater (and the rest of the world) it gave me the perfect time to update my long, strange tale for those who may have read my earlier books.

I wanted this book to honor my folks, who I'd put through so much with my imprisonment, and to balance some of the misconceptions that existed about my story and relationship with Turkey. And it kept me busy so that I didn’t drive my wife crazy during confinement time.

Q: How would you describe your feelings about Turkey today--and the Turkish government's feelings toward you? 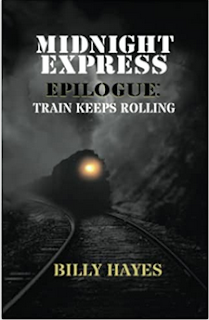 A: It's hard for me to see the authoritarian government that has steadily tightened its coils around Turkey for decades now. Many of my Turkish friends suffered from the aftermath of the supposed coup and several went to prison. Erdogan has arrested more journalists than any other country in the world.

If they think about me at all, I'm sure the Turkish government doesn't regard me in a kindly light for the statements I've made over the years regarding their oppressive regime; but after my rapprochement with the Turkish people during my return to Istanbul in 2005 I am no longer a hated man and defined by the film or the screed of angry words Oliver Stone had come out of my character’s mouth in the infamous courtroom scene.

Q: What was it like to return to Turkey decades after your imprisonment and escape, and how would you describe the legacy of your original book and the film based upon it?

A: During my first three successful hash smuggling trips in 1969 and 1970 I fell in love with Istanbul--its history and people. Since my fourth trip led to five years in prison, I then got to see another side of the country.

After my escape in 1975, a tsunami of publicity kept building with a book and follow-up film that swept me along in its churning wake.

And while the book had an impact, it was nothing compared to the film, which debuted at Cannes in 1978 and presented a devastating portrait of Turkey, including a courtroom speech where my character curses out the country and promises to fuck its sons and daughters.

What I really said was that if the court sentenced me to more prison I couldn’t agree with them, all I could do was forgive them. Forgive them, fuck their sons and daughters? Big difference.

The world and the Turks heard Oliver Stone’s words about fucking their sons and daughters, not my words of forgiveness. I hoped to change that legacy with my return trip that is included in the Epilogue.

A: Now I’m lining up blogs, etc., in an attempt to self-promote. EP Dutton back in the day took their big chunk but sure made PR easier for me as they set up every imaginable  show or radio or newspaper interview.  But I do like that it’s all in our hands now, as [my wife] Wendy edits and produces. That’s an interesting dynamic…

And this morning I plopped a $10,000 wad of cash on the counter at the WSOP and officially entered the Main Event, which I’ll play July 6 as my first day. And, oh the irony of having a legal cannabis company, Hemp Inc, sponsor a guy sentenced to life in prison for cannabis in the World Series of Poker. A sign of the times…