Susan Jane Gilman is the author of the new novel Donna Has Left the Building. Her other books include The Ice Cream Queen of Orchard Street and Hypocrite in a Pouffy White Dress. Her work has appeared in a variety of publications, including The New York Times and the Los Angeles Times.

Q: How did you come up with the idea for Donna Has Left the Building, and for your character Donna?

A: When I was a teenager, I told my grandfather that I wanted to be a writer.  “Well, unless you’re going to rewrite The Odyssey or Don Quixote, there really isn’t another novel worth doing,” he said. This was incredibly patronizing, of course – though at the time, as a high school student, all I could think was: "Why would anyone in their right mind want to read those two novels, let alone rewrite them?"

Yet as I actually did begin to write, his remark began to haunt me. I thought about those books he’d idolized so much. They were an archetype: epic quests in which middle-aged male heroes embarked on big, romantic journeys -- and, it seemed to me, behaved very, very badly along the way.

I began to see this story everywhere – in John Updike’s Rabbit novels; in Hunter S. Thompson’s Fear and Loathing in Las Vegas, in Don Draper in Mad Men. Men in midlife took to the road, got sidetracked, got into massive trouble, made enormous messes -- and their misadventures became the "big" “real” "legitimate" stories worth celebrating.

But women? I’m in the middle of my life now, and lots of the women around me are experiencing their own disassembling. They’re juggling all the plates – kids, spouse, work outside the home, housework inside the home, health scares, exhaustion, doubts, (not to mention the anxieties of the greater world right now).

Only recently have stories begun to be written about our own midlife crises and our own, epic journeys. Yet mostly, these seem to be about women searching explicitly for a new love, self-knowledge, inner peace. And their journeys, while challenging, have an upward trajectory. Simply by their taking off, we know these women are taking the first step on a path towards self-improvement. 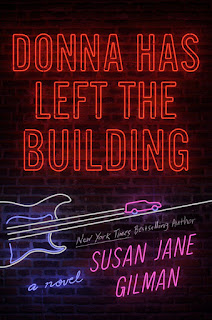 Me, I’m a bit of a smartass. I wanted to write something messier and broader and a bit more subversive. I wanted a modern woman who breaks down, blows up, takes off in the tradition of the epic male heroes – makes a mess -- but ends up in a place that’s positive and unexpected. I wanted to take all the old tropes and turn them inside out in a way that was surprising, and funny, and empowering our daunting age.

And so, Donna Koczynski was born. Like many of us, she has a bit of a past. She’s a former punk rocker and a recovering alcoholic from the Midwest. When she married her college sweetheart—who is now a dentist -- she traded in her wildness for "stability" and her own “family friendly” career.  She’s wise enough to recognize the absurdities of her life, but like most of us, she is also blind to parts of herself. I wanted to give her a very rude but very fruitful awakening – to not only herself, but to the wider world.

Q: The book mostly takes place in various parts of the United States, but then ends up somewhere completely different. Without giving too much away, how did you decide on the shape of Donna's journey?

A: I knew that I wanted Donna’s journey to cover a lot of territory—both geographically and in terms of her own evolution as a conscious human being. I knew I wanted her to land on other side of the globe, in Greece, in the midst of a crisis far bigger than her own. 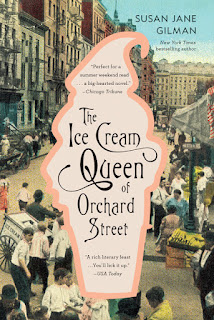 I also knew I wanted it to begin in Las Vegas because that town is almost a dreamscape, American values on steroids, crammed as it is with money, hyper-individualism, glitz, artificiality, material excess. In a way, it speaks to the worst of what Donna -- and most of us -- are drawn to.

Having Donna live in Troy, Michigan, was also easy, because I wanted her to come from Detroit, which is almost the extreme inverse of Vegas -- an embodiment of the dying American dream, as well as its poignant, modest yearning to be reborn. Plus: Troy? The reference was too obvious and too fun to pass up – especially since I knew where she was ultimately going to land.

Thinking about the lessons I wanted Donna to learn, I mapped out which geographical places had a metaphorical significance as well. When I found out that Kid Rock actually did have a fish fry in Nashville, Tennessee, on the weekend in October when Donna goes there, well, the top of my head nearly came off. It was too perfect.

A: Funnily enough, I just wrote it down as a placeholder when I submitted the first 100 pages to my agent and my editor, and everyone went nuts for it. I liked it because it's a play on the phrase, "Elvis has left the building," meaning "the show is over and the star has vacated the venue" -- which Donna, being a musician, does with her own life. She's outta there. 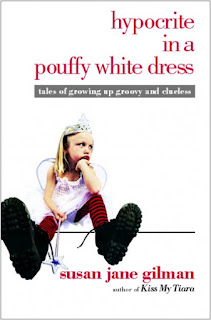 It also, to me, signifies her leaving all the confines of her world: her boxed-in domestic situation, her head, her limited world view, everything that's been constructed around her.

It's a title with defiance and velocity.

Q: What role do you see music playing in the novel?

A: Donna secretly believes that she was her most “authentic” self when she was a 17-year-old punk rocker in her band, "Toxic Shock Syndrome." Music is the siren call of her youth; it reawakens for her all her old passions, beliefs, desires. Old songs talk to her, beckoning her back to a place in time.
Ironically, she takes them to be signs and guideposts pointing to her future. Maybe we all do this a little, no? We unexpectedly hear a favorite old song from our youth, and we take it to be a special affirmation of the moment?

A: I just finished writing this novel and am embarking on a 10-city book tour, so right now, I'm working on taking a nap.

A: Donna Has Left the Building has been called "lung-bustingly funny" even while it rockets through some very serious territory. Ultimately, it's about how one discounted, imperfect woman realizes that she does, in fact, still have some power in this world -- and I think it's important to remind people of this. In these anxious times, we're all desperate for both laughter and hope. If my novel offers a modicum of either, I've done my job.

--Interview with Deborah Kalb. Here's a previous Q&A with Susan Jane Gilman.
Posted by Deborah Kalb at 6:19 AM