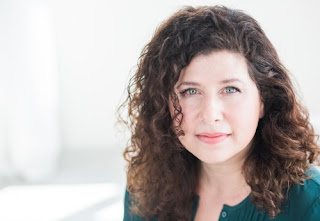 Amy Mason Doan is the author of the new novel Summer Hours. She also has written the novel The Summer List, and her work has appeared in a variety of publications, including The Oregonian and the San Francisco Chronicle. She lives in Portland, Oregon.

Q: In our previous interview, you described Summer Hours as "a female nod to The Graduate with a touch of The Sure Thing." How did you come up with that concept, and with your character Becc?

A: I’ve always wanted to write a feminist, gender-swapped homage to The Graduate. My rendition is different in many ways, but the post-graduate confusion, generational conflicts, and central love triangle are there.

In The Graduate, Ben Braddock is torn between an older woman, Mrs. Robinson, and the woman his own age, the more innocent Elaine. In Summer Hours, Becc grapples with her feelings for an older man and her innocent best friend, Eric, who’s loved her for years.

It’s shocking to me that it hasn’t been done before, because it’s such a juicy, iconic story that’s ripe for reinterpreting from a female point of view. And it brilliantly examines our timeless post-grad fears: I’m worried about my future. What if I turn into my parents?

I went to U.C. Berkeley, where much of The Graduate takes place, and I was a reporter for 20 years. So I can’t hide the fact that Becc is essentially a much bolder version of me when I was younger.

Lost and jobless, she has a secret summer fling with an older man who her best friend Eric can’t stand. Eric’s in love with her, but she realizes she’s attracted to him a little too late—the damage is done, and they can never be together. (Or can they…?) 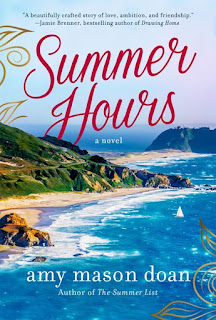 In the present thread, she’s 32 and on a road trip up the West Coast with a former lover. They’re silent and cold to each other at first—that’s where The Sure Thing (the ‘80s classic road trip flick staring John Cusack and Daphne Zuniga) comes in. Two opposites are thrown together on the road, and they’re forced to connect when things go sideways.

There’s a lot of humor and tenderness in the present thread of Summer Hours, but it builds gradually. At first we don’t know who Becc’s passenger is, but he’s clearly someone important to her. So we wonder if she ended up with the cynical older guy or Eric. I had fun playing with those scenes, and with the scene where his identity is finally revealed.

Another big difference between Summer Hours and The Graduate is in the ending. My spin on the story is much more optimistic.

Q: The novel is set in various locations in California. How important is setting to you in your work?

A: Setting is critical to me. I want readers to smell the ocean, to hear the waves and seagulls, so they feel like they’re in the story, not just watching it scroll past.

One of my favorite writers is Wallace Stegner, who I think is unparalleled at capturing the beauty of the West in prose. I’d like to have a fraction of that ability, and I work hard to capture settings in my books.

I love the cover that Graydon House designed. It’s a bird’s eye view of a legendary spot in Big Sur, where my characters share an intense moment during their road trip. It’s a stunning image, and perfectly captures the beauty of the California coast. 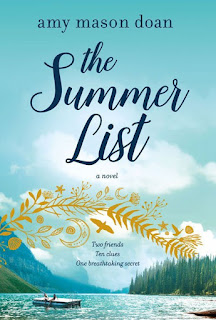 Q: Becc is an aspiring journalist. What do you think the novel says about journalism, and what do you hope readers take away from it, especially given today's political climate?

A: The novel definitely reflects my own experiences as a cub reporter in the ‘90s, as well as my current fears about the state of the profession. Becc starts her journalism career as an idealist and then seems at risk of becoming cynical due to events in the story.

Reporters are far from perfect, but the current climate, with a president who trashes media outlets for reporting the truth about him, is terrifying to me. When I see people today wearing T-shirts that say “Rope. Tree. Journalist. Some Assembly Required,” I want to ask them, without reporters, would you know that smoking causes cancer? If your city councilmembers were taking kickbacks?

Certain politicians have vilified the media and weaponized the public’s desire for simple, entertaining stories—with reporters as villains—because then they can lie with impunity.

But I remain an idealist. I see journalists doing extraordinary work and risking their lives because the truth matters. And, not to give too much away, I think Becc comes back to her girlhood idealism by the end.

Q: What are some of your favorite road trip novels?

When I noticed that someone had put Summer Hours on a GoodReads list of Road Trip novels, I found a lot of books that sound intriguing. Now I’ve got #TBR ideas for the next 10 years.

A: I’m writing my third novel. It’s about a woman who inherits her uncle’s legendary, rambling property on the California coast, and is forced to confront the life-changing summer she spent there at 17. She and her cousin have kept a secret about what happened that summer for decades.

I absolutely love the story, and though I have a lot of work to do, I’m deep into it. I seem to be obsessed with stories about reckoning with the past.

A: I used to sneak away from my first job to watch noon matinees with a friend, just like Becc and Eric do in the novel. I’m bracing for my former boss to email me and call me out on my subterfuge…

--Interview with Deborah Kalb. Here's a previous Q&A with Amy Mason Doan.
Posted by Deborah Kalb at 7:24 AM