Lauren Acampora is the author of the new novel The Paper Wasp. She also has written the story collection The Wonder Garden, and her work has appeared in a variety of publications, including The Paris Review and Guernica. She lives in Westchester County, New York.

Q: How did you come up with the idea for The Paper Wasp, and for your characters Abby and Elise?

A: I first came up with these characters about 10 years ago, standing in the checkout line at my local supermarket in Brooklyn. I was struck with the contrast of unloading my sad groceries onto a grimy conveyor belt in the depth of a dark New York winter—while staring at the racks of magazines that depicted glamorous Hollywood stars in the sunshine.

I guess the line was moving slowly because I had plenty of time to imagine what it might be like if I'd actually known one of those movie stars. What would it feel like if I'd been best friends with someone who became a famous actress?

I conceived of two girls growing up in the Midwest, one of whom breaks out and one of whom is left behind to watch her friend rise to stardom through the supermarket tabloids. I wrote a short story about these characters and didn't return to them until years later when a friend encouraged me to expand the story into a novel. 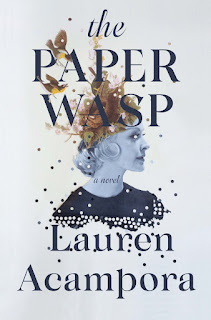 A: Yes, I did know the ending all the time, and I wrote toward it as a goalpost. I wasn't quite sure how I'd get Abby to that very particular place by the conclusion of the novel, but the fact that she'd land there was absolutely predetermined. In fact, the image of that place came to me in a dream, and I gave that dream to her.

Q: The book takes place primarily in Los Angeles, but also in Michigan. How important is setting to you in your work?

A: Setting is crucial, as it determines the atmosphere and mood of any piece of writing. In this case, the two main settings are in stark contrast. When Abby flies from the dark Michigan winter to the perpetual sun and color of Los Angeles, it's as if she's entered another world. The mood of the book changes completely as her outlook becomes brighter, and her ambitions awaken in the California light.

Her character is psychologically fragile and susceptible to wildly vacillating emotions, and you could say the two places symbolize her alternating states. In fact, there are two cities named Hesperia in the book—one in Michigan and one in California—which represent these polar opposites for her. 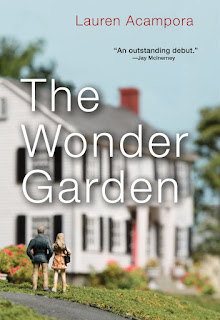 A: As I was conceiving of The Rhizome (the creative institute in Los Angeles), I read the work of French philosophers Deleuze and Guattari, who wrote about the behavior of certain wasps through a metaphorical lens.

This lit a spark in me, so I did what I often do when I get interested in a topic: I went down a rabbit hole. I researched wasps and became a quasi wasp expert. I became especially interested in the behavior of paper wasps, which coexist in a cooperative but subservient society under the leadership of a queen.

Sometimes, when a queen isn't able to establish her own nest, she's forced to join another colony as a subordinate worker. Occasionally, she'll wrest dominance from the existing queen and take over the nest. That's high drama right there—and an apt analogy for what happens in the book. Wasps joined the symbolic framework of my story, and I found my title.

A: I have another novel in the works, but at this moment I'm focusing on short stories. As I learned from experience with my first book, it's difficult to stay immersed in a long project during the months directly preceding and following publication. Instead, stories are the way to go—and I really enjoy writing them. I eventually plan to put these new stories into a thematically linked collection.

A: My favorite part of writing fiction might be doing preliminary research. The Paper Wasp gave me the chance to explore many engrossing subjects, including the science of dreams, the workings of a film set, the responsibilities of a stylist and a personal assistant, the plight of Central American refugees, and the construction of kites.

Having lived in the Northeast my whole life, it was also great fun to do research "in the field" for the settings of the novel. I've been lucky to get to know Western Michigan through my husband, who grew up there and whose parents now live on a farm in a beautiful rural part of the area. We've visited at least twice a year for the past 15 years or so.

For this book, I also traveled to Ann Arbor. I strolled around the University of Michigan campus, and walked over the infamous bridge near Abby's off-campus housing.

As for Los Angeles, I'd only spent a small amount of time there—a few visits in the 1990s and a few visits over the past decade—so I had a reason to go back. L.A. has always been a fascinating place to me, full of contrasts, darks and lights.

My favorite part of the city is Topanga Canyon, which feels like a world apart with its trees, hiking trails, bohemian past, scattered art, and insane hairpin curves in the mountain roads. Some of the more enjoyable research I've done as a writer was staying in Topanga and driving around Malibu, peeking through gates onto private estates, dreaming up Elise's house and filling it with exquisite, outlandish décor.

--Interview with Deborah Kalb. Here's a previous Q&A with Lauren Acampora.
Posted by Deborah Kalb at 7:44 AM