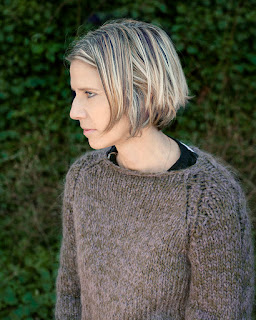 Darcey Steinke is the author of the new book Flash Count Diary: Menopause and the Vindication of Natural Life. Her other books include Easter Everywhere and Jesus Saves. She has taught at various universities, including the Columbia University School of the Arts and Barnard. She lives in Brooklyn.

A: I was having hot flashes and insomnia and feeling not like myself. I looked around for good books on menopause. And I found very few.

Still it was not until I learned that killer whales and human women were the only creatures that went through menopause that I decided to write my book. The post-reproductive killer whales lead their pods after menopause.

Q: In the book, you write, "Nobody wants to learn about menopause, even menopausal women themselves. Other female milestones are of more general interest." Why do you think this is? 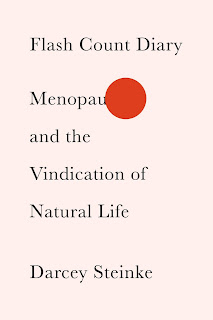 A: In our culture we as women are mostly valued for our sexuality and our mothering ability. After those stages are over many women feel vulnerable and at odds with a culture that has no use for them.

I talked to over 100 women in writing my book. Many of them felt sidelined by menopause. Some of the women I approached did not want to talk about the change, because of shame I would say. Shame we are no longer fertile. Which is sad and sort of crazy, as our fertile years are shorter than our non-fertile years. We can be just as vital after menopause as we were before as little girls.

Q: You note, "I knew so much more going into both menstruation and pregnancy than I did going into menopause." What do you think are some of the most common perceptions and misperceptions about menopause?

A: That we are dried up hags. Used up. Angry. Menopausal women. There are so many negative things that are said about women going through and after the change.  The culture prepares us for menstruation and birth but not menopause. My daughter is 23 and many of her friends have told me they knew nothing about menopause until I started to speak about it. This is just plain wrong.

A: As I entered menopause and started to have hot flashes and I kept a journal about them. The journal became the beginning of my book.

A: Now I am writing small pieces to go along with the book.  I had a book reprinted this month as well, Jesus Saves, with a forward by the writer Lydia Millet, and I am working on an essay about that book and Twin Peaks.

A: Be kind to yourself during the change. And if you live with/know women moving through it be kind and tender to them. It’s a hard transition and lame humor and ridicule do nothing to make it easier.