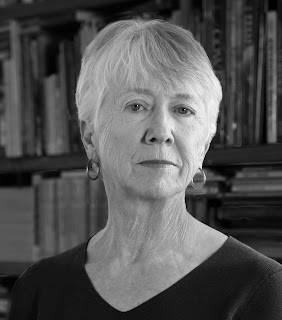 Patricia Eagle is the author of the new memoir Being Mean: A Memoir of Sexual Abuse and Survival. She lives in Colorado.

Q: Why did you decide to write this memoir, and what impact did writing it have on you?

A: I began speaking about my memories of sexual abuse in my 30s, but I didn’t start writing my memoir until later in my 50s. Surviving takes a substantial amount of energy, and learning the tools to sift through my life and mine what might be of value to others and myself took time.

I began writing in 2010 when my husband and I decided to move from Colorado to Texas to live with and care for my parents at the ends of their lives. I thought carefully about this, believe me, what it could be like to actually live with my abusers as a grown woman.

I already knew I wanted to write my memoir, and it occurred to me that living with my aging parents might give me the impetus to do that, and indeed it did; I wrote over half of my book while living with them. Writing helped sustain me during that challenging period. I slowly built the courage to speak my truth, and as I did, I felt the weight of shame lessen. I learned to feel proud of who I was, regardless of what I’d lived.

When my mom accused my dad of being mean to me, the words made sense in my little head, although as a man with little patience and an uncontrollable temper, he was mean in other ways as well. I never understood why my mom would get so angry about what Dad and I were doing. If she didn’t want us to be mean together, why didn’t she stop us? 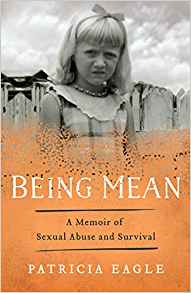 Later, “being mean” felt like an apt description for the risks I took in my life, including over-sexualized behavior. Being mean to myself became another way of inflicting shame on myself, sometimes referred to as “beating myself up” by therapists. Learning how to not do that––to have self-compassion––became a huge part of my healing. Although I toyed with other titles, when my publisher suggested this one, I knew it was the right one.

Q: How did you decide which episodes in your life to focus on in the book?

A: I worked with an exceptional memoir writing coach, Mark Matousek––online and by phone––who I had met at a Center for Journal Therapy workshop in Denver before moving in with my parents.

To start, Mark asked that I make a list of impactful times and events in my life. My list was long. Then, at random, I chose whatever I felt like writing about, week after week, for over a year. I slid out of bed each morning and into the desk chair right next to my bed and started writing. I didn’t think too hard about what I was going to write; I just wrote.

The stories in my book were not written in chronological order, although that is how I decided to arrange them. I had never even read them in that order until close to finalizing my manuscript, and then I eliminated a few stories and added some transition for flow. I kept those that I felt best described my journey through sexual abuse, the consequences of that abuse, and my efforts and eventual success at healing.

Q: What do you hope readers take away from Being Mean?

A: My intentions for writing this book are that anyone who reads my book who has experienced, or is experiencing, sexual abuse will find more courage to seek help. I would like to help sexual abuse survivors learn to cope during the course of their lives, perhaps more carefully and thoughtfully than I did. Their choices, I hope, will include not forgetting—when that is possible—and not agreeing to secrets, silence, and being shamed.

Perhaps there is even the possibility that, as a result of this book, a potential or actual perpetrator will seek help on becoming aware of the harmful consequences his or her actions have on the lives of any victims.

Hopefully my book can guide more people to become aware of how confusing, heartbreaking, and destructive sexual abuse can be for victims, perpetrators, families of both victims and perpetrators, and our entire culture.

I think attitudes around sexual abuse are changing, but slowly. There are still stigmas around bringing it up. Many times people who finally gather the courage to tell their stories are not believed, and sometimes even belittled.

We must encourage others to speak up, listen carefully, and not shame anyone for what they have experienced. It is not a child or young person’s fault when this happens, and their ability to learn to trust another or themselves can become irrevocably damaged.

And somewhere in this equation of sexual abuse, stigma, and survivors, is the perpetrator. I hope we will figure out how to identify, talk to and help perpetrators as well.

A: I’m inspired by women’s stories of resilience. When I hear about the courage a woman has shown in a difficult situation, I feel stronger. I want to spend the rest of my life talking to women who have stretched their resilience muscles for a variety of reasons: poverty, athletic feats, as farmers or teachers, because of illness, the color of their skin, where they are from or due to drugs or a disability.

If women of all ages could read real, inspiring stories about everyday women––not just about celebrities or women who have focused on altering how they look or have aged––I think we could provide roadmaps for one another that will help us all thrive and navigate life more fully and successfully. I want to interview women who proudly wear the lives they have lived and the resilience they have learned.

A: There is so much more to know, about sexual abuse and its consequences, and how we can help one another. Years ago I realized a decision to not talk, to stay quiet, to just move on, simply wouldn’t work for me any longer. With such silence, it felt like I was indirectly supporting childhood sexual abuse. Plus, I’ve learned that a refusal to think or speak about incest or pedophilia can sometimes result in failure to protect a child.