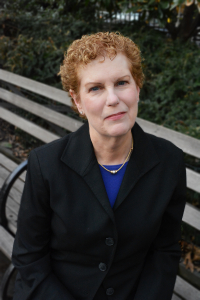 Pamela S. Nadell is the author of the new book America's Jewish Women: A History from Colonial Times to Today. Her other books include Women Who Would Be Rabbis. She is the Patrick Clendenen Chair in Women's and Gender History and director of Jewish studies at American University. She lives in North Bethesda, Maryland.

Q: You write, "At dinners over the years, acquaintances have bristled when I said I was writing this history. 'Impossible,' they responded..." What made you decide to write this history of American Jewish women, and why did they object?

A: I believe that they objected because they thought it impossible to capture the enormous diversity of America’s Jewish women now and in the past.  There are Jewish women who center their lives around Judaism, its holidays, its foods, its traditions. But many assert that being a Jew is utterly inconsequential to their lives. Yet even they often discovered, to their chagrin, that others saw them as Jews.

A long time ago, an historian, who likely fell into the latter category of Jewish women, told me that there was no such thing as Jewish women’s history.  I set out in this book to prove her wrong and also to show my dinner table companions that I could convey Jewish women’s remarkable diversity.

Q: You begin the book by describing five generations of American Jewish women in your own family. What do you see as the biggest changes for Jewish women in this country over the centuries?

A: The biggest change for America's Jewish women and for American women has been the women's movement. 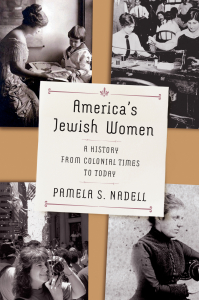 In 1851, the Jewish immigrant Ernestine Potowski Rose told a woman’s rights convention: “It is high time…to compel man by the might of right to give to woman her political, legal, and social rights.”

She took up the fight for woman’s rights and for female suffrage but died long before women won the vote in 1920.

Later well-known Jewish women, like Justice Ruth Bader Ginsburg and Congresswoman Bella Abzug, continued her struggle for women’s rights, and hundreds of thousands of Jewish women, whose names are not among the famous, joined them. As Justice Ginsburg has often quipped: “What is the difference between a bookkeeper and a Supreme Court Justice? One generation.” Generations of Jewish women helped make that revolution.

Q: The book covers an enormous range of topics. How did you decide on what to include, and how did you conduct your research?

A: Long before I began writing women’s history, I was reading women’s history.  As a child, I ran through all the biographies of famous women, like Clara Barton and Amelia Earhart, on the shelves of my local library. There too I discovered another corner of the historical past in Sydney Taylor’s All-of-a-Kind Family books about a Jewish family on the Lower East Side in turn-of-the century New York. 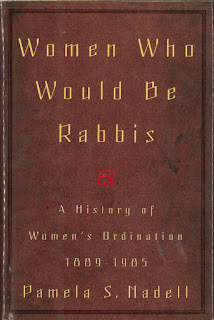 America’s Jewish Women builds on my reading and research since then. Along the way to writing this book, I stopped to write others, including Women Who Would Be Rabbis: A History of Women’s Ordination, 1889-1985 (Beacon, 1998). But I always intended to write the larger story of this new book.

I had to make difficult choices about who to include, how to tell this history. But I always planned to write not only about the well-known who left legacies in American and Jewish history, but also about those whose names are not known to most readers, but whose lives, lived out on the smaller canvasses of their families and their communities, also deserve to be written into history.

Q: What do you see looking ahead for American Jewish women, and what do you hope readers take away from the book?

A: Historians are always asked about the future. Invariably our predictions are wrong. Still I will venture that in a time when America’s women’s hard-won rights are under attack, America’s Jewish women will continue to be in the forefront of the struggle to preserve them.

I hope that readers will learn from my book the long history of American Jewish women’s activism. In the past they demanded labor rights and smashed the windows of kosher butcher shops to attack price gouging. They fought for civil rights and women’s rights, and marched for Soviet Jewry and Zionism. I don’t know what causes America’s Jewish women will take up in the future, but I trust that they will improve the world.

A: Like so many Americans, I am deeply concerned about rising antisemitism. I published an op-ed in The Washington Post about the long history of American antisemitism (“Why we were overdue for a fierce debate about anti-Semitism in America,” March 7, 2019).  I am now preparing to teach a freshman seminar on the topic next year.

A: I want to thank my readers for their enthusiasm for my book.  For upcoming events on my book tour and a link to The New York Times book review, visit www.pamelanadell.com. I am also available to speak with book groups via phone or teleconference.