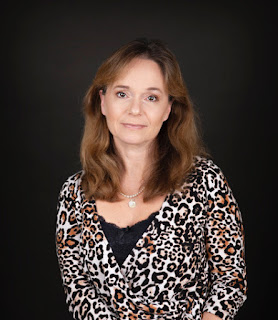 Claire S. Lewis is the author of the new psychological suspense novel She’s Mine. An aviation lawyer, she lives in Surrey, England.

Q: How did you come up with the idea for She's Mine?

A: The idea for She’s Mine came originally from a piece I wrote on the topic of “Setting” for a creative writing course at the Faber Academy in London. I decided to describe a Caribbean beach setting, as this was one where it was easy to involve all the five senses - and then I added the plot element of a little girl disappearing while in the care of her young and inexperienced nanny (Scarlett), to provide some structure and make it more interesting.

Later I decided to make this scene the opening chapter for my debut novel. The story of the quest to find the child and the dark backstory evolved from there as I imagined what might have happened to the little girl and why.

Of course, losing a child at the beach is every parent’s worst nightmare, and as mother of three children, this type of anxiety is close to my heart. The poignant and devastatingly sad news stories of child abductions we sometimes hear of in the media also played a part.

As for the backstory of She’s Mine, this was largely inspired by my time as an undergraduate at Oxford University where I studied Philosophy and French Literature at The Queen’s College – though I’m happy to say that the events described in She’s Mine are not autobiographical! 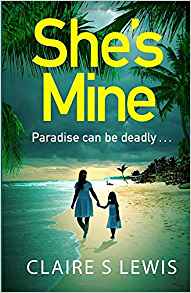 Q: Can you say more about the importance of setting in your writing?

A: As you can see, setting is important to me, because when I write I like to inhabit places in my head for which in the real world I feel a strong connection, nostalgia, and a sense of their beauty, atmosphere and vitality.

I hope that settings such as the dreamy colleges of Oxford, the sunlit canals of Venice, the glitzy streets of Chelsea, London and the iconic bridges of New York, provide an intense and colourful backdrop for the story to unfold and evoke a feeling of escapism in the reader.

Q: The novel is told in two time frames. Did you write it in the order in which it appears, or did you move things around as you wrote?

A: The novel was not written in the order in which it appears, I guess mainly because I am not great at planning things out in advance. Instead, when I come to the end of each chapter, I picture the next scene as a film spooling in my imagination and think about where the narrative should go next.

It is perhaps not giving away too much to say that my past storyline involves surrogacy and a toxic love triangle, and this backstory is structured around photographs – the description of each photograph introducing scenes from the past.

While the backstory is told chronologically, there are large gaps in it, and the genius of modern technology made it possible to play around with where to insert these past sections into the present-tense narrative told by Scarlett or to add more photographs and scenes as I felt necessary.

I found when writing that it was motivating and refreshing to switch between the past and present scenes - and I hope that this also helps to create suspense and engage the reader’s interest moving through the novel!

A: Particular authors that I fell in love with as a teenager and still love today include E.M. Forster (A Room With A View/A Passage to India), Evelyn Waugh (Brideshead Revisited), Scott Fitzgerald (The Great Gatsby/Tender is the Night), Graham Greene (The Confidential Agent/The Power and The Glory/The Quiet American), Nancy Mitford (Love in a Cold Climate) and Patricia Highsmith (The Talented Mr. Ripley).

I think the novels by these authors are brilliant because they are so beautifully written with such intriguing stories, charismatic characters, and vivid, entrancing settings.

I also love reading modern psychological thrillers by writers such as such Gillian Flynn (Gone Girl), Helen FitzGerald (The Cry) and Caroline Kepnes (You).

Theatre-going is another great passion. Shakespeare, of course, tops the list (Romeo and Juliet/Hamlet/Anthony and Cleopatra), and from the other side of the Atlantic, the plays of Tennessee Williams which are still so psychologically relevant, mesmerising, and loaded with atmosphere (A Streetcar Named Desire/Cat on a Hot Tin Roof).

A: I’ve just finished the full manuscript of my second novel in the genre of psychological suspense about a young florist who has experienced abusive relationships and a tragedy in her past. Set in Pimlico, Surrey and Cambridge, my second novel, like She’s Mine, has a dual timeline and multiple perspectives with psychologically revealing flashbacks to the dark past of its protagonist, Celeste.

I’ve enjoyed researching the world of floristry and flowers (as well as getting to grips with the workings of dating apps such as Tinder which I’ve never looked at before!). The plot, which touches on issues that came to the fore in the #MeToo movement, revolves around stalking (no pun intended!) but it’s not clear-cut who is the predator and who is the victim…

A: I love writing in the voices of unreliable narrators; leaving space in the narrative for readers to form their own moral judgments on the characters and their conflicts; and open endings which fail to resolve exactly what happened or who is to blame – because often that’s the way life is!

I’ve started researching my third novel, for which I have a setting – the stunningly beautiful province of Tuscany in Italy - and a title – but as yet no characters or plot! After that, I would love to try my hand at short stories and screenwriting.

Thank you so much, Deborah, for the opportunity to Q and A with you!