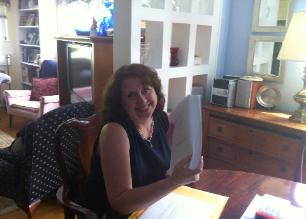 Brandon Marie Miller is the author of the new young adult biography Robert E. Lee: The Man, the Soldier, the Myth. Her other books include Women of the Frontier and Women of Colonial America. She lives in Cincinnati.

Q: Why did you decide to write this biography of Robert E. Lee?

A: This was one of those opportunities that sometimes fall into an author’s lap and you decide to take up the challenge.

My friend, Kathy Wiechman, was asked by her editor if she’d be interested in writing a Lee biography. Kathy writes middle grade historical fiction and turned down this nonfiction project. She passed the information on to me. So I spent about three months researching and writing a book proposal, submitted it, and eventually received a book contract.

About six months into the project, the focus on Lee as a controversial subject heated up. Cities debated whether to take down Lee monuments and a young woman was killed at a white supremacy rally in Charlottesville, Virginia. At that point, writing a biography of Lee took on added importance—there were so many myths about Lee that needed to be addressed in a book for young people. 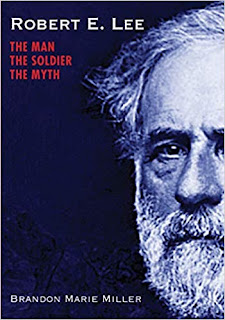 A: I began by reading biographies of Lee and combed through their bibliographies and source notes for other resources. I dug deeper into many aspects of Lee’s life—West Point, the Mexican War, the Civil War, Reconstruction, his family.

Online sources are such a plus for research. I could read interviews, the southern states secession documents, speeches, and tour Civil War battlefields. The Lee Family Digital Archive is a repository for thousands of Lee family papers from collections around the country—this was an awesome find! These letters and other documents revealed so many details of Lee’s life and personality.

I also traveled to Virginia as part of my research. I walked the streets of Alexandria, Lee’s boyhood home. I spent a life-highlight-day with a National Park Ranger at Arlington House, home of the Custis and Lee family. I visited Harpers Ferry where Lee captured John Brown.

I walked battlefields at Antietam, Manassas, and Petersburg, and stood in the room where Lee surrendered to Grant at Appomattox. I visited Lee’s birthplace at Stratford Hall, scene of Lee family scandals. I visited Washington and Lee University where Lee served as President after the Civil War. All of this was a great help in writing the biography.

I was surprised to learn that Arlington National Cemetery was established in 1864 so that the Lee family could never return to their home. I was surprised to find out that Lee never called himself Robert E. Lee. For some reason, newspapers started emphasizing his middle initial during the Civil War. To those who knew him, he was plain Robert Lee. He signed his letters RE Lee. Of course, his brothers sometimes called him “Old Bob.” I was surprised to learn how much we’ve accepted about Lee is myth. 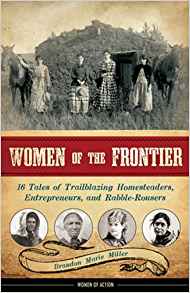 Q: You write, “People claimed—and still do today—that Lee hated slavery, that he did not own slaves, that he believed in emancipation. But the historical record tells a different story.” What is the truth of the matter, and why were there so many myths built up around Lee?

A: I could go on a long time about this one! The truth is Lee did not like slavery—but not because it was cruel and degrading to human beings. He disliked it because slavery was messy, and he saw enslaved people as idle and troublesome for white people.

Lee did own slaves, and he benefitted from their work and care. He believed in “gradual” emancipation—meaning God would take care of it eventually, perhaps thousands of years in the future. This took responsibility out of the hands of white southerners like Lee.

In the meantime, Lee believed slavery was good for Blacks, a necessary step to their improvement as a race. And he believed the “painful discipline” slaves endured “is necessary for their instruction as a race…” Lee did not emancipate slaves until he was ordered by a court to free the slaves his father-in-law had freed in his will.

After the war white people of the South wanted a hero. Who better than Lee, who’d been idolized during the war? He was seen as a noble Christian gentleman. His humanity and imperfections were stripped away. 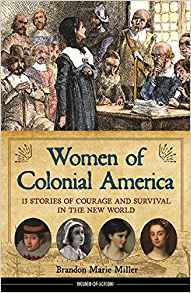 For example, people claimed that he never even called his Union opponents “the enemy” but instead called them “those people.” Yet he called them the enemy in hundreds of letters. He called them pillagers and robbers. He talked of their dirty work, done with malice and revenge in their hearts.

Even Lee’s death scene, repeated in so many biographies, is untrue. The story goes that Lee died after uttering the perfect words for an old soldier—“strike the tent.” But letters his wife wrote at the time of his death describe him as unconscious and struggling for breath “at last ended in a continuous moan. Still the Dr. assured us he was perfectly insensible to all suffering…”

Most of all, the ugliness of slavery could not tarnish the mythical Lee. By 1895 a biographer wrote “Perhaps no man ever lived that was so great, so good, and so unselfish as Lee.” And that pretty much sums things up.

Q: What do you see as Lee’s legacy today?

A: Lee the man is someone who cared deeply for his family, who always tried so hard, and held himself to a strict code of duty and discipline. He was often depressed when working at military posts far from home. Lee served his country in the United States Army for over 35 years. But I’m afraid his legacy today is one of fighting against that country to preserve a Confederacy based on white men’s rights to own enslaved Black people.

A: I’m waiting to get notes back from my agent on a YA historical novel. I’m also kicking about some ideas for other biography subjects. And I’m working on fun things for the Lee book launch. Lee is my 13th book, but this will be my first launch party and I’m excited!