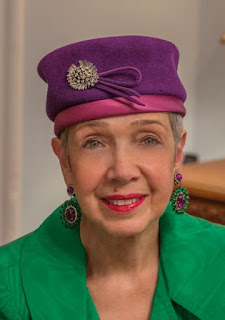 Yona Zeldis McDonough is the author of Courageous, a new historical novel for kids, set during the World War II battle of Dunkirk. Her many other books include The Bicycle Spy. She is the fiction editor of Lilith magazine, and she's based in Brooklyn.

Q: How did you come up with the idea for Courageous, and for your character Aiden?

A: I didn’t! The idea came from Scholastic; they had developed it in-house and tapped me to write it. I had already had one very positive experience with them—The Bicycle Spy—so I was delighted that they turned to me again.

Q: What kind of research did you do on Dunkirk, and did you learn anything surprising? 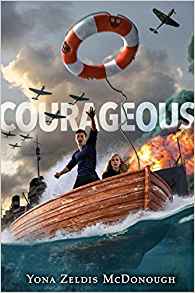 A: Because I knew very little about the subject, I did a lot of reading about it—first-hand accounts, books by historians and even poems—I found several.

I also saw the recent movie that came out, which I also found very helpful with certain small but telling visual details, like the fact that many of the small boats chose to raise the Union Jack as they crossed then channel or that the men stranded at the shore became covered with sand. Those are the sorts of things that can really bring the story to life in the mind of the reader.

What impressed me was the enormous bravery shown by the ordinary British people who stepped up when it counted to save their boys—and so many others too.

A: That war, even when it is necessary, is a brutal, horrible experience. The “enemy” army—in whatever war you consider—is not made up of nameless, faceless robots, but real, live men whose deaths rip holes in the hearts of everyone they have loved. I wanted the book to emphasize our shared humanity, even when we are on the opposite sides of an issue. 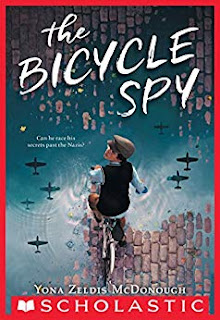 A: So many that it’s hard to name them all! But authors who meant a lot to me as a young reader were L.M. Montgomery, Betty Smith, Dorothy Canfield Fisher, Frances Hodgson Burnett and John Steinbeck.

A: Another middle grade novel set during World War II, and a book called What Were the Seven Wonders of the Ancient World?

A: That I just got a puppy! My last two dogs came to me as adults so I had forgotten how much work it is to have one. But she is so adorable! She's a Pomeranian and her name is Dottie. She keeps me company while I am writing and I'm totally besotted with her.

--Interview with Deborah Kalb. Here's a previous Q&A with Yona Zeldis McDonough.
Posted by Deborah Kalb at 6:06 AM