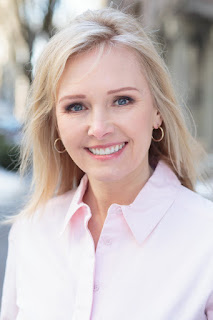 Angela Himsel is the author of the new memoir A River Could Be a Tree. She grew up in a fundamentalist Christian family and now is Jewish. Her work has appeared in a variety of publications, including The New York Times and The Jewish Week. She lives in New York City.

Q: Why did you decide to write your memoir, and how long did it take you to write it?

A: I originally wrote it as a novel. I wanted to write a fictional account—I didn’t want to go into the truth. I was writing essays for Jewish publications, and a friend said, You should write a memoir.

I balked. I didn’t mind writing stand-alone essays, but not the whole thing. I thought I could string the essays together, but there were too many gaps. I started working on it as a memoir 14 years ago. I was working on other things too.

Q: Had you kept a journal or diary over the years, or did you need to do much research to fill in some of the material you write about?

A: Both. I had a lot of primary source material—I had letters and I had journals. They were very embarrassing—you look at the handwriting. It was so childish.

I had my father’s letters, my journals, letters to and from my friend Alise. I interviewed her, my parents, my aunt Viola. I wanted it to be accurate and in the spirit in which they would tell their stories.

It wasn’t just my story—I felt it was part of a larger story. I wanted it to be their story, through my words.

A: There was quite a debate about the title. Some of the titles I came up with were trite and silly. I wanted it to indicate change, so the title comes from something my father said.

When I was in my teen years, I started to balk at the church’s sexist views. My father said God created a role for everything. Men have a role, women have a role. What would happen if a river thought it was a tree? Things have to live by their God-given role. 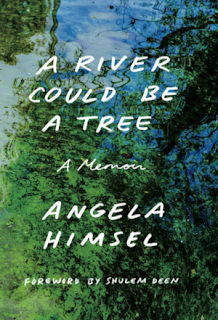 I took it from there. It was a little poetic, a little unexpected, it suggested possibility—a river [could become] a tree. A Christian could become a Jew. It’s something you aspire to. You’re not as limited by what you think you are.

A: My sisters have read it. My brothers have not. They’re not as computer-savvy. My sisters liked it. I wanted to show it to them before it went to print. I think they were surprised by some of the material. I had done so much research, asking my mother and father about their childhood experiences. [My sisters] find it fair and accurate.

A: I was a little concerned. All families have their secrets, temper tantrums, fights. I felt that to be honest, you have to include that. But I hoped my siblings would see that I didn’t dwell on that. Leaving out a part is to not be honest about the whole. I tried to temper the negative with the positive.

Q: What do you see as religion’s role in your life today?

A: Religion is important to me. I think my notion of religion and God changed over the years, [but] in some sense it has not. I have always felt God’s presence. There’s a higher power. It doesn’t matter what you call it.

I like organized religion, but only to an extent. When you need organized religion—when my parents passed away, when there’s a life cycle event, there’s nothing like that. Even if you have a good group of friends.

Religion does play a unique role—[it takes] ordinary events and elevates them. I like religion a lot. It does play a big role in my life, but I wouldn’t say I’m frum [observant]. I’m not.

A: I hope readers find it amusing. I’d like to think there is humor there that tempers some of the more serious parts of it.

I would hope readers would take away that change is possible. You’re not confined to what other people think you should be, whether it’s your religious choice or your choice of partners or part of your own identity—if you’re born a woman and want to be a man.

It’s that notion that we aren’t limited by other people’s perceptions, or by God. It’s all coming from ourselves. If you feel limited, you are limited. It’s being able to forge your own destiny.

A: As of recently, I’m working on a historical novel about Michal, King David’s first wife. I’m in the beginning stages. I love to write fiction. I’m really sick of [writing about] myself!...

The plan is to write about the experience of women—what we know and don’t know about them. Michal is the only woman in the Bible of whom it’s said that she loved a man. It never says Sarah loves Abraham, or Rebecca loves Isaac. The fact that she loved him is interesting to me. It must have been common knowledge.

It’s a fun feeling to start something new where you don’t know what happens next. With a novel, I start with a germ of an idea and it flutters off. I’m not certain where Michal will take me, and I’m wiling to let her have her way.

A: There’s the part in Israel. My approach to Israel is a little different. I went with no real expectations. I believe there are a lot of people in the United States who don’t know the cause of the Israeli-Palestinian conflict.

I hope I’ve clarified or given a backdrop to modern-day Israel through my own experiences. I didn’t go to Israel with preconceived notions that I was on the side of this or that.

That’s the important part for me—I hope it can come across as a measured and balanced view of modern-day Israel and its conflicts, as well as historical Israel. Even though this is mostly for a Jewish audience, I think a non-Jewish audience would appreciate it…

I also think that for Jews, I made an attempt to explain Christianity. A lot of Jews don’t understand the conflicts between Catholics and Lutherans, or how Christianity understand Jesus. I’m doing my public service announcement—tell Jews about Jesus, and Christians about Israel.