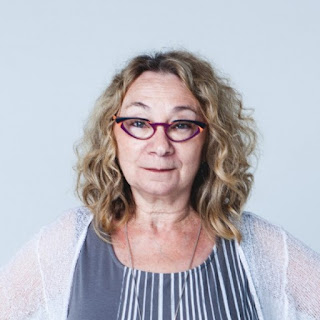 Frances Bartkowski is the author of the new novel An Afterlife, which follows a couple, Ruby and Ilya, who meet in a displaced persons camp after World War II. Her other books include Feminist Utopias and Kissing Cousins. She teaches literature and culture at Rutgers University.

Q: How did you create your characters Ruby and Ilya?

A: Ruby and Ilya are an imaginary couple, in their surprise at finding love and devotion in equal measure at a time that was so darkened by what they had just been living and all the dying they had come to see and know.

I wanted to stay with them in the gladness and miracle of their present, even as they both carried their hauntings of the past several years. I wanted to get a sense and give a sense of how the demands of daily life necessarily drive away the demonic because one must eat, sleep, take shelter, and then begin to love and rebuild kinship and connection.

Ruby and Ilya had very different capacities for negotiating post-war daily life in Germany and then in America, and their differences kept them holding each other’s traumas with care and unspoken knowledge, but a shared sense that they would never let each other go. 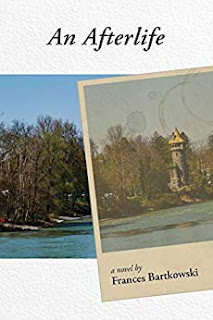 A: This involved two trips to Landsberg, Germany, my birthplace, in order to have a sense of the streets, the air, the river, the sounds and smells, the seasons and the people moving through a town that has not physically changed very much at the center on both sides of the river Lech.

It also involved meeting the people who showed me around the city in 2002, my first visit, when I barely knew I was going to be writing this novel; and then seeing them again in 2009, when I was coming to see how this novel would be organized.

I also met with others; one who had survived as an adolescent in the DP camp, the painter, Samuel Bak; I came to know Atina Grossman, who has written a definitive history of this period; I also participated in two seminars at the U.S. Holocaust Memorial Museum, one on literature and history of the Shoah, and one on gender and the Shoah, where I met numerous scholars of the war and the post-war period.

I was, of course, reading any materials I could find about the DP camps which included Irving Heymont’s letters, Gita Schwartz’ novel, Displaced Persons, all of W.G. Sebald, for style and inspiration, Anne Michaels’ Fugitive Pieces, and Edith Pearlman’s short stories, as well as other writers who were aspirational for me, especially Julie Otsuka.

I also made a trip to Krakow and Auschwitz-Birkenau in 2003 which brought Poland to life for me, particularly the Kazimierz district which was where most Jews lived before the war. 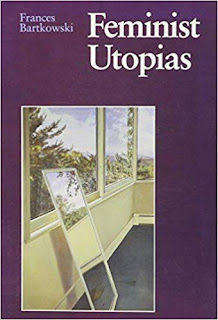 Walking the streets of this city where my mother was from, and seeing the sites of annihilation certainly gave me much to absorb and to bring to the writing of An Afterlife, where the pre-war period works as an engine of memory, longing and absence, but also as a site of the joy that is recalled and which the characters aim to build into their present lives.

A: What I had to go on in the way of autobiography were two places – Landsberg, Germany, and Passaic, New Jersey. My life was tied to both, and both became vivid in my imagination as locations where I could feel free to ground what was otherwise mostly fiction.

I say mostly, because I had no stories from my mother, since she died when I was four years old, and my father in his post-traumatic way of being, worked to erase her from my memory, by remarrying very soon thereafter.

I did know one thing, however, which was all he ever did say about his first marriage, which was that were it not for the war, he and my mother would have been very unlikely to meet, and certainly not to marry, as they were from different social classes.

When I visited Landsberg in my mind, based on a cache of photos from the post-war period that my father gave me in my adolescence, I spent time trying to see into them, around and behind them – these couples, groups, newly-made families with their babies – in sunshine, in the countryside.

Some of these photos were of my parents, or included them in these groups, but many of them are of people I will never know by name. 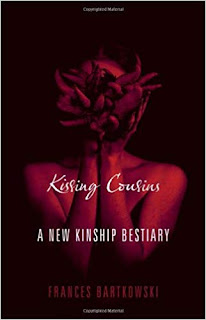 Once I was working on the novel, I let that imagination flow into what I came to know from traveling there, and from vague scenes I could recall from my immigrant childhood which included a group of refugees who had survived the labor and death camps, and who were deeply bonded in their lives in the U.S. by virtue of those scars.

Even when they turned to Polish as their shared first languages, I kept an ear on their tone, the music of their speech, their visible despair at memories that went unspoken but were present for them each and all, and their indignant pride in having survived.

That energy and life kept me company as I began to write what I thought of as “vignettes,” which eventually became this novel.

Q: Jayne Anne Phillips wrote of the book, “We read An Afterlife with an awareness of present streams of refugees, supported, resisted, misunderstood, and the repetition of old cycles adds to the depth of Bartkowski's novel.” What do you think of that comment?

A: While I was writing this novel, the current refugee crisis was not happening in the ways we have come to see and know, especially since 2015, with the massive exits from Syria into Eastern and Northern Europe, and ongoing refugees fleeing African countries into Southern Europe.

However, once the novel was done and seeking a publishing home, I became more and more aware that the moment I was speaking from in the post-World War II period, the last time massive numbers of people were in flight and seeking resettlement, resonated so deeply with our current conditions.

Though the contemporary struggles are vastly different, war, religion, ethnicity and simple daily safety for families to thrive, remain the features that drive people to leave all they know, and try to find ways of living that will require relearning languages, customs, laws, habits of everyday life that are intensely stressful, yet preferable to daily life in wartime, or the inability to find work, or persecution and violence in the face of xenophobia, homophobia, misogyny…

A: The Match Girl Strikes Back, a memoir that spans the globe with stops in Poland, Germany, France, Israel, Ghana, and the U.S.