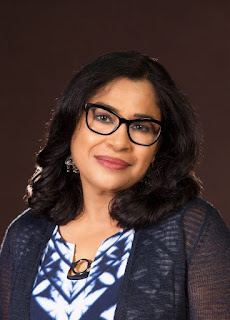 Fayeza Hasanat is the author of the new story collection The Bird Catcher and Other Stories. She teaches in the English department of the University of Central Florida. She was born and raised in Bangladesh, and lives in Orlando, Florida.

Q: Over how long a period did you write the stories in The Bird Catcher?

A: The stories included in The Bird Catcher were written over the span of 10 years. I remember writing the story titled “Darkling, I Listen” in one sitting, during a stormy summer night in 2007. I wrote the titular story of the collection in March of 2017. In May of 2017, when I wrote “The Anomalous Wife,” I suddenly realized it was time. I then decided to put these eight stories together in a collection.

A: Well, Deborah, being a writer yourself, you know how difficult it is to organize your works—giving preference to one work over the other according to some strengths or merits, or even weaknesses.

In the manuscript that I originally submitted, I lined them up chronologically. Then my editors and my publisher offered a few suggestions, and I rearranged the order of the stories.

It’s an issue-driven collection, this book. I wanted to talk about the marginal, the suppressed, the repressed, and the unheard but resilient voices of women of South Asian heritage. The ordering of the stories is meant to keep the readers focused on those issues. 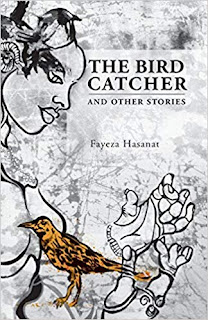 A: Desire, hope, despair, desperation, resilience, rebellion, reconciliation, and the urgency to reassert one’s individuality in terms of equality (be it on an intellectual, social, emotional, or spiritual level) —all these are persistent themes.

The central theme is the role and representation of Bangladeshi women at home and abroad. A woman’s social, mental, or physical health, and her place in her house and the world are the recurrent themes.

Family bonding, loneliness, depression, struggle for identity, discrimination based on skin color or sexual orientation, and violence—over a woman’s mind and body—these themes also run through the collection.

A: Our spirits are free birds, aren’t they? We are the birds and we are the catchers. And all our lives we either chase or get chased by dreams, needs, or relationships. And we end up letting ourselves get caged. We are the prisoners of our own needs.

But what we want to capture or imprison is never ours to begin with—our lives, or our souls—they are not ours. Since the titular story ponders with all these issues regarding the myth of human greed and quest for truth and meaning of life, I chose The Bird Catcher as the title for the collection.

The titular story, "The Bird Catcher," came to me one afternoon while I was chatting with a friend. I told my friend that I had this uncontrollable urge to dismantle the sentence structure and play with the fairy tale format by infusing my knowledge of Eastern and Western philosophy in a conundrum of words.

My friend asked me to start writing the first sentence then and there. And I started typing the first sentence of the story, which ended up being 82 words long. And out of those words emerged the character of a bird catcher. I did not know what the plot would be, how the story would run or where it would end. I kept writing and waited eagerly to see where the story would take me.

My love for Eastern mystic philosophy and classical music, and my obsession with the enigma of time and the phenomenological works of Heidegger and Levinas somehow blended in with some sort of magic realism and then got written—through me.

"The Bird Catcher" is the most intense story that I might have dreamt of writing—but couldn’t have written. I still think I did not write the story. It wrote me.

"The Bird Catcher" has earned its right as a titular story and as the title for the collection because it symbolizes the key theme of the collection: the longing and the quest for individual truth.

A: I am almost done compiling a second collection of stories.  As I said earlier, I am an issue-driven writer. But I don’t follow any specific style or technique though.

Sometimes I build a story up from the end; sometimes I start in the middle, and then ponder up and down; sometimes I just start with the title, you know, where every story starts—or ends.

But I have changed my style a little in the second collection. The individual stories of this collection are interlinked. Each story has its own theme and its own beginning and ending. But the female protagonist of each story shares the same name, which works as a linking clue and unifies the stories into a South Asian woman’s bildungsroman.

I am really excited about this work. The Bird Catcher is a very serious and intense collection of stories, but in the second collection, titled Love Has No Story to Tell, I have used a happier tone and a pleasant sense of humor.

I am also working on a novel, which I plan to finish soon, very soon.