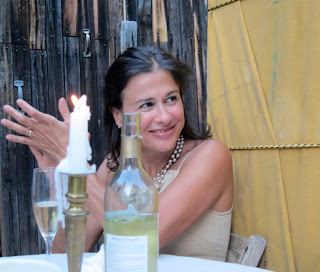 Nina Burleigh is the author of the new book Golden Handcuffs: The Secret History of Trump's Women. Her other books include The Fatal Gift of Beauty. She is the national politics correspondent for Newsweek, and she's based in New York City.

Q: You note that this book started as a Newsweek cover story. At what point did you decide to write the book?

A: A few weeks after the cover story was published my agent told me that Gallery was interested in a book. We met and a few months later, I signed a contract to write it.

It’s the nonfiction writer's dream, of course, to get a contract without having to labor over a long proposal. Or at least it was mine. But that came with its own challenges, because I didn't have an outline when I started. I wrote the bulk of it in 40 days and I believe that speed made it a more readable and lively narrative. 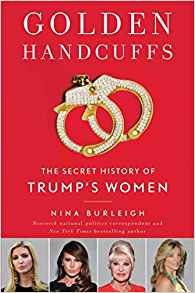 A: Mostly good! Lots of coverage in print and online media. I don't hear from people who don't like it, but I assume they're out there somewhere. The best responses have been from fellow writers and journalists, who say they read it in one night or couldn't put it down.

Also, I think it had something to do with Melania emerging from her hideaway and giving the big TV interview the weekend before my book was published.

Q: Did you learn anything particularly surprising during your research for the book?

A: The biggest surprise - the biggest printable surprise anyway - was the fact that, in the U.S. Census for 1929, Trump's mother lived as a maid, in the Carnegie mansion, at the bottom of a retinue of 20 servants, footmen, chauffeurs.

This fact, never reported before, is, to me, Trump's "rosebud," the key to his yearning for class and royal pomp, and even Ivanka's reported contention that the Trumps are America's royal family. This all came down from Ma Trump, a poor Scottish fisherman's daughter, gazing in at the life of one of America's richest families.

The second thing was how terrified women in this circle are - and some men.

The third thing is that Trump's infected with a sense of primeval taboo about women's biology. That's why he ran off with Stormy Daniels and other plastic fantastic women after Melania gave birth.

Q: Looking ahead, what do you see for the women you write about in the book? 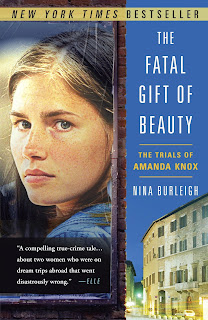 A: If Ivanka is not brought down by Mueller for her role in the sketchy international Trump deals, she will run for office. She is certainly the future of the brand, if it survives. As I write in the book, she will have to find a way to do some brand deletion first. They teach that in marketing.

A: Flogging. Hoping to get a satirical TV series or movie going. Covering national politics. Vowing to practice piano more every day.

A: Everyone who cares that a clan of women who have participated both in transactional relationships with a rich but unappealing oaf, and personally in the commodification and branding of the feminine for decades are now national representatives for American women and role models for our daughters should read this book. It's something we all need to think about.

--Interview with Deborah Kalb. Here's a previous Q&A with Nina Burleigh.
Posted by Deborah Kalb at 7:14 AM