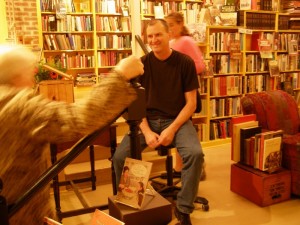 Steve Watkins is the author of the new young adult novel On Blood Road, which takes place during the Vietnam War. His other books include Sink or Swim and Great Falls. He is a former professor of journalism, creative writing, and Vietnam War literature, he cofounded a nonprofit yoga studio, and he lives in Fredericksburg, Virginia.

Q: How did you come up with the idea for On Blood Road and for your character Taylor?

A: I guess it grew out of the idea that we were all tourists in a weird way, in terms of our involvement in the War in Vietnam. During the war you actually could go there as a tourist, and many did.

Plenty of family members made the trip over--at least to Saigon and protected areas on the coast. Continental Airlines flew direct from the States, I think.

If you read accounts of the war from the American perspective, most of them barely mention the Vietnamese, except as marginal players--either illiterate villagers who were either Viet Cong spies or hapless victims, evil North Vietnamese who happily tortured, ambushed, maimed, and killed in cowardly ways, or prostitutes. 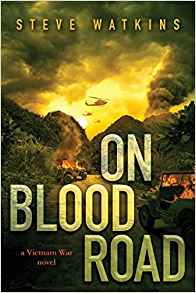 None of which was true, except in the popular American consciousness, and the terrible John Wayne film The Green Berets.

So I wanted to take a privileged kid from the States, clueless about what was really going on and not having to think too much about it, and drop him into the center of the insanity. Also this year is the 50th anniversary of the Tet Offensive and the Siege at Khe Sanh.

Q: What type of research did you do to write the novel, and did you learn anything that especially surprised you?

A: A LOT of research, starting years ago when I first began teaching a college course on the literature of the Vietnam War. So I've read a considerable number of accounts of the war over the years--novels, short stories, poems, memoirs, historical accounts, analyses, films, documentaries--that helped prepare me to write this book.

I read a number of books and articles on the so-called Ho Chi Minh Trail (Blood Road), including the definitive work on the subject by the journalist John Prados, who Scholastic actually ended up hiring to vet the manuscript of On Blood Road, which was quite an honor, and quite nerve-wracking as I waited for him to pass judgement as it were.

Not surprising, exactly, but heart-breaking nonetheless, was learning, or being reminded of, the utter devastation from the bombing we did for years in North Vietnam, Laos, and Cambodia to interrupt the supply lines, and the countless victims of those millions of bombs even today. 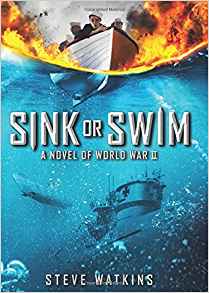 A: Didn't know, but certainly hoped Taylor would find a way to survive. The Vietnamese characters grew in importance as I wrote the book, as you might expect, and that determined--and changed--a lot of the directions I may originally have had in mind. I must have written the ending a dozen times or more.

Q: How much do you assume your readers will know about the Vietnam War before coming to the book, and what do you hope they take away from it?

A: Younger readers won't know much, which is why we added the truncated summary of the war in the Author's Note at the end, and why there are some hopefully non-intrusive expository sections in the novel, to provide enough context for events for readers who aren't up to speed on the history.

I hope they come away with a thousand questions about the war they want to explore for themselves. And an understanding of the deep complexities of this and any war and the people who fight in it and are affected by it. 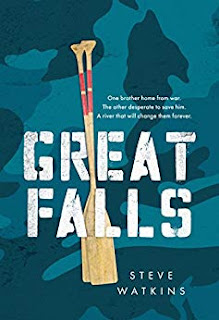 A: A novel about teenagers in the French Resistance in Occupied France during World War II, and the tragic experiences of some of them who were sent to the only Nazi-run concentration camp (and associated work camps) in France during the war, in Alsace-Lorraine. Truly terrible, terrible stuff that I'm having a difficult time getting my writer's head around how to handle.

A: Yes. We absolutely need stricter gun laws in this country, and it's criminal negligence that we don't. Off topic, I know, but perhaps not really.

--Interview with Deborah Kalb. This interview can also be found on hauntinglegacy.com.
Posted by Deborah Kalb at 6:14 AM