Sue William Silverman is the author most recently of The Pat Boone Fan Club: My Life as a White Anglo-Saxon Jew. Her other books include the memoirs Love Sick and Because I Remember Terror, Father, I Remember You. She teaches at the Vermont College of Fine Arts.

Q: What role did Pat Boone play for you, and why did you decide to focus at least in part on him in your most recent book, The Pat Boone Fan Club: My Life as a White Anglo-Saxon Jew?

A: Right: so why would a Jewish girl have a life-long crush on the very Christian Pat Boone? For those unfamiliar with Pat Boone (how can that be?!), he’s a 1960s pop-music idol.

As much as Elvis was the “bad boy” of that era, Pat Boone was the all-American, wholesome family man with four daughters. And this was the attraction.

Growing up, I liked his music, but, more than anything, I wanted him to adopt me, save me from my Jewish father who sexually molested me. Pat Boone was the polar opposite of my scary father.

This memoir is about a search for identity, specifically a spiritual identity, compounded by my ambiguous feelings toward Judaism while growing up.

Pat Boone is a metaphor for my childhood belief (whether it be magical thinking or not) that if he were my safe Christian father, I’d have a perfect family. What better metaphor for “my life as a white Anglo-Saxon Jew,” the book’s subtitle? 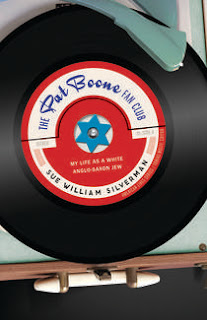 At the same time, the voice of the book is ironic, in that my liberal Democratic leanings are antithetical to Pat Boone’s conservative Republicanism. The book is not a tribute to him. It’s an exploration of what he meant to me.

Q: Another theme running through the book, as you’ve mentioned, is religion, and your relationship to Judaism. How would you describe the impact of religion on your life?

A: Growing up, the impact of feeling spiritual-less caused severe confusion about identity and a profound sense of loss. Who was I? How could I discover a spiritual “me” when my Jewish father misloved me and no one in my Jewish tribe protected me? Then there’s the terrible history of anti-Semitism.

Since bad things happened to Jewish girls, I wanted to be part of the dominant American culture and religion. Yet I am Jewish. So what to do?

Although there are no easy answers, I ultimately learned, through experience and by the writing of this book, to become more comfortable in my own Jewish skin. 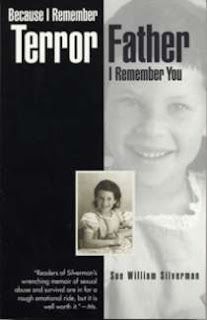 Q: Over how long a period did you write The Pat Boone Fan Club, and how did you decide on the organization of the chapters?

A: It took at least five years to write. Initially, however, there was no book: I wrote one stand-alone essay about Pat Boone, prompted by a 2003 concert of his I attended, after which I barged backstage to meet him.

After I published that piece, I continued to write essays about various other obsessions: Charlie Chaplin; a high school boyfriend who resembled Pat Boone; picking apricots in Israel and falling in love with a paratrooper, etc.

I’d written about six or so essays when I realized that in each—albeit approached from different angles—I was writing thematically linked essays about a life-long spiritual crisis.

Subsequently, in order to form a congruent whole, I revised the existing essays and wrote new ones to fill in the gaps. I knew the book had to begin and end with Pat Boone. In between, the other essays follow a very loose chronological order whose narrative arc explores this theme throughout my life.

Let me hasten to add that the book wouldn’t exist if I hadn’t met Pat Boone in person, twice, during the writing process, and had a correspondence with him. Because of this personal connection, I was able to significantly deepen not just the essays about the singer, but the entire book.

Q: You also have written the book Love Sick, a memoir about sexual addiction. What do you hope people take away from your story?

A: I hope readers who struggle with an addiction (or with any form of loss, depression, alienation, or grief) know they aren’t alone. The memoir focuses on the recovery process, so I hope to show there is a way out of whatever darkness is consuming you.

Additionally, of all the addictions, it’s the least understood. I hope to shed light on it, particularly so the term isn’t thrown around to include, say, sexual perpetrators or pedophiles. 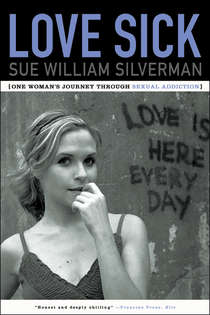 At the same time, women sex addicts are not “sluts.” We’re women struggling not to mistake sex for love. Sex was my drug of choice used to numb emotional and psychic pain—pain caused by my father having hurt me as a child.

Literary memoirs strive to portray the human condition in all its facets. I hope Love Sick gets at that common humanity.

A: A lot! I’m working on a fourth memoir, my first novel, and a second poetry collection. I didn’t plan it this way, but once an idea for a book takes hold, it won’t let go. For updates, you can visit me here.

A: I teach creative nonfiction at the low-residency MFA in Writing Program at Vermont College of Fine Arts. As much as I love to write, I equally love to teach. Everyone has a story to tell. All our narratives are important. I love being a guide in this way, watching other writers’ stories blossom on the page.