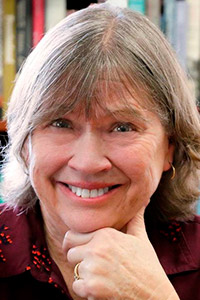 Jacqueline Jones is the author of the new book Goddess of Anarchy: The Life and Times of Lucy Parsons, American Radical. Jones's other books include Labor of Love, Labor of Sorrow and A Dreadful Deceit. She is the Ellen C. Temple Chair in Women's History and is the Mastin Gentry White Professor in Southern History at the University of Texas at Austin. She lives in Austin, Texas.

Q: Why did you decide to write a biography of Lucy Parsons?

A: Several reasons:  When I teach American history, I am always on the lookout for little-known women who did great things and/or lived fascinating lives. Carolyn Ashbaugh’s 1976 biography of Parsons provided a good overview, but LP’s early years—before she moved to Chicago—remained a mystery.

Now, with all the great digitized historical databases available, I thought it was time to revisit Parsons and see what more I could find out about her—the public persona she crafted for herself, as well as her private life.

Too, I wanted to know more about this self-identified anarchist—what that political stance meant in the 1880s and beyond. Parsons fits uneasily within the rigid Left-Right/liberal-conservative categories we use today to label people and their political views.

She thought the federal government was inherently oppressive, and she vehemently rejected what we would call identity politics, arguing that her own background was irrelevant to her message of class struggle. She was a strong proponent of labor unions.

After the early 1880s she never voted for anyone at any time in any kind of election. She believed that money and capitalist interests had thoroughly corrupted the two-party political system.

I was also interested in learning how she came to be so prescient about so many issues that strike us as modern—the growing gap between the rich and poor, the mixed effects of technology in the workplace, the lack of protections accorded workers, the beleaguered state of labor unions and so forth. 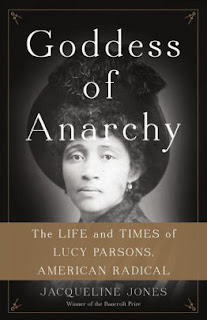 She became one of the most famous orators of her time, she wrote extensively and edited two of her own anarchist newspapers. I wondered: How did she do it?

A: I found that Parsons had been born to an enslaved woman in Virginia (in 1851), and that her owner had forcibly removed the family to Texas during the Civil War. Later, once Parsons was on the verge of launching her first national lecture tour, she concocted a fictional identity for herself, claiming that she was Mexican and Native American.

I was struck by what a celebrity Parsons was in her own day. Today her career is overshadowed by that of her husband Albert, who was executed for his alleged role in the Haymarket Square bombing of May, 1886, in Chicago.

The name of the person who threw the bomb that killed seven police officers and four others, and wounded many more, remains unknown to this day. Albert and his co-defendants were arrested, tried, convicted, and hanged because they were anarchists, not because anyone could prove they threw the bomb.

The four who were hanged on November 11, 1887, became “martyrs” to the cause. Lucy became the heroic widow of a “martyr,” and her subsequent career as editor, writer, agitator, and orator has received relatively little attention.

Beginning in 1886, when she launched her first speaking tour to raise money for Albert’s defense, and 1942, when she died, she remained an icon in radical labor circles. She was notorious in her day for her provocative rhetoric. 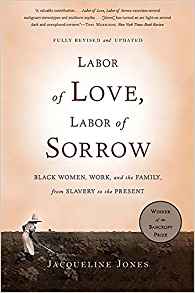 Her critics evoked the Great Chicago Fire of 1871 when describing her—she was a “fiery” speaker, indulging in “incendiary” and “inflammatory” remarks that were certain to “spark” a revolution among the laboring classes.

Yet she was also a fierce proponent of free speech, boldly standing up to those who would silence her, whether conservative trade unionists, socialists, police chiefs, or mayors.

LP was smart and well read, but like her husband and their anarchist comrades, she was convinced that European-style labor organizing strategies would be successful in the United States.  In this she was mistaken.

Her denigration of American institutions such as Congress and the courts, her contempt for organized religion in any form, and her disparagement of the right to vote alienated native-born white workers.

Also, the anarchists posited a grim future at least in the near-term, until the day of revolution—a future marked by starving children and downtrodden workers. That message did not resonate among the many Americans who believed the future would be better--especially for their own children.

Finally, I was surprised to learn that Parsons and her radical comrades ignored the struggles of people of color in Chicago and throughout the country. Instead, anarchists and socialists pandered to the prejudices of the white laboring classes, who went out of their way to demonize all black workers as strikebreakers.

Q: Can you say more about how well known she was during her lifetime, and what some of the common perceptions and misperceptions have been of her? 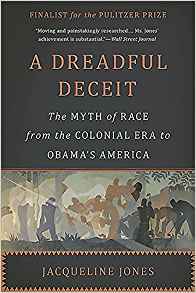 A: The mainstream press covered her obsessively. When I plugged her name into various digitized newspaper databases, I came up with hundreds of articles from large and small mainstream and radical newspapers all over the country.

Because she was light-skinned and her background was indeterminate, reporters and the general public speculated endlessly about her ethnicity. Some believed she “looked” black, while others took her at her word and saw in her a person of mixed Native American and Mexican heritage.

Her personal life often contradicted her public persona. She presented herself to the world as a conventional Victorian wife, mother and then widow, when in fact she was quite sexually liberated, especially before she met Albert (she bore a child when she was living in Waco, where they met) and after his death.

She had one particular love affair with a married younger man that ended very badly, splashed all over the Chicago newspapers. Emma Goldman, who was outspoken in her own support for “free love,” labeled LP a hypocrite for presenting herself one way to an adoring public, and acting quite another way in her private life.

LP and Albert had two children—Albert Junior and Lulu. Lulu died in 1890 at the age of 8. Quite frequently the children were cared for by neighbors, when Albert and Lucy were out of town speaking.

In 1899 Albert Junior expressed an interest in joining the U. S. Army and going to fight in the Philippines. His mother-- a staunch anti-imperialist—was enraged. She had him committed to an insane asylum north of Chicago, where he died 20 years later. There is no evidence that she ever went to visit him.

A: In some respects Parsons seems irrelevant today. She believed that trade unions were the building blocks of the good society, and that wage labor was destined to fade away. She envisioned something akin to a cooperative commonwealth, where people jointed together in voluntary associations and had no need or desire to exploit each other for financial gain. These views strike us today as hopelessly old-fashioned and quaint.

At the same time, her life reminds us of the need to protect hard-won freedoms—especially freedom of speech and assembly.

Today we think of anarchists as masked people eager to do battle with the police and neo-Nazis. Parsons and her comrades were exhilarated by confrontations with the powers-that-be, but they also read widely and deeply. They were knowledgeable about political theory, history, and economics, and committed to informed debate about the state of the world.

I don’t think we gain much by portraying women in the past as saints. Lucy Parsons had a fascinating, complicated personality. Her life was shaped by her young years in slavery, by her unwillingness or inability to speak freely about her background, and by the prejudices aimed at women, people of color, and radicals. Those burdens necessarily took a toll on her.

A: I hope soon to turn my attention to a history of the black community in Civil War-era Boston.