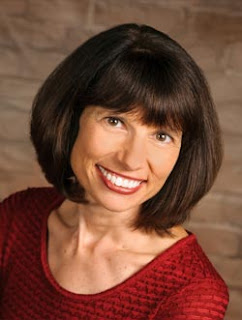 Margaret Peterson Haddix is the author of Children of Refuge, the second book in her Children of Exile series for older kids. Her many other books for kids and young adults include the Shadow Children and Missing series. She lives in Columbus, Ohio.

Q: How did you come up with the world you create in the Children of Exile series?

A: I first started thinking about it when I was reading a book about genocide while I was at a Disney hotel. (As you can probably imagine, there’s a long story there.)

But once I decided I was going to write the series, I embarked on lots of other research, mainly by reading anthropology. I found that so fascinating that I wondered how I had gone all the way through college without taking a single anthropology class—I felt a little like I was making up for that!

I started from the premise of wanting to think about how societies train their citizens to rely on or avoid violence for resolving conflicts.

From there, I broadened my search to thinking about how societies train kids in general, and what exactly kids are trained for—to think for themselves, or to blindly obey? To have hopes and dreams they are free to pursue, or to stifle their own desires in order to serve some supposedly higher purpose? 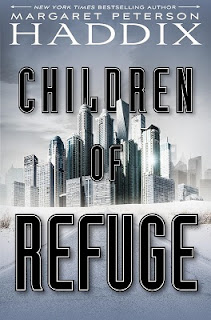 It was probably a good thing my own kids were already mostly grown up and away at college when I was doing all this research, because I started questioning a lot of basic assumptions about parents and children and societal intent.

I especially enjoyed having my ideas challenged by reading about societies who have entirely different viewpoints than the ones common in American life.

Some of the books that were particularly influential in my thinking were Steven Pinker’s The Better Angels of Our Nature: Why Violence Has Declined, and Jared Diamond’s The World Until Yesterday: What Can We Learn from Traditional Societies?

Then I started imagining what a society might do if its entire focus was ensuring that kids were raised well—not just to be non-violent, but to be happy, healthy, well-adjusted, etc. I did not want to portray the Freds as doing everything right, obviously (there’s no story in perfection!), but it was an interesting thought exercise.

It was also a little depressing, because one conclusion I reached was that American society definitely is not designed for the good of children.

Q: Why did you decide to focus on Edwy in book two of the series?

A: Some characters are just gifts for writers, and Edwy was one of them. 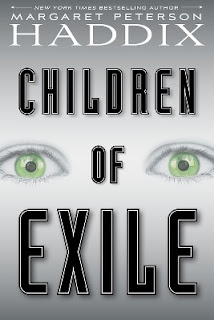 When I first wrote his name when I was writing the first chapter of the first book, I thought, “Oh, wait, who’s this?” To my knowledge, I’d never heard of anyone with that name, and I have no clue why that combination of letters popped into my mind just then.

But I knew right away that he was important, not just to Rosi, but to me. He intrigued me as much as he did her, and I knew he would be a catalyst for a lot of the action from then on.

I think I needed to put him at the center of the second book so I could figure him out more.

Q: Did you know from the beginning that you'd be writing more than one book about these characters?

A: Yes. I planned the series as a trilogy from the beginning.

Q: What do you hope kids take away from Children of Refuge?

A: Mostly I hope they enjoy it, but I also hope it makes them think. And, really, they are welcome to think about the book in any way they want.

I would be happy if this book helped kids think about how lots of events that happened before they were born have a huge impact on the way the world is now, and how they experience it. 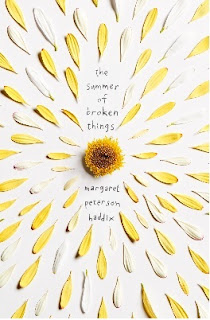 A: I just turned in the first book of a new trilogy. We’ve switched around the title for both that book and the series as a whole, so I’m a little hesitant to say what it’s called yet. But it will come out in 2019, and I am very excited about that launch!

A: Oh, yes—the third and final book in the Children of Exile series, which will be called Children of Jubilee, comes out November 2, 2018. I also have a Young Adult book called Summer of Broken Things coming out April 10, 2018.