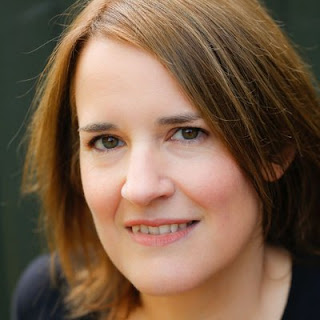 Laura Marshall is the author of the new psychological suspense novel Friend Request. She lives in Kent, England.

Q: How did you come up with the idea for Friend Request, and for your main character, Louise?

A: When Facebook first started, I got lots of friend requests from people I went to high school with, people I never would have heard from if it hadn’t been for social media. That got me thinking about what it would be like to be contacted by someone you really didn’t want to hear from.

None of the characters are based on real people, but I definitely used my own high school experiences to inform those 1989 chapters. I’m really interested in how those teenage years continue to affect us throughout our lives.

Q: The book jumps back and forth between the present day and 1989. Did you write the book in the order in which it appears, or did you move things around? And did you plot the whole thing out before you started writing?

A: I wrote most of it in the order it appears, although some bits got moved around a little in the edit. In terms of plotting, I knew where I was going with the story, but I didn’t plot it out in intricate detail. 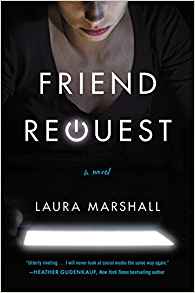 Q: What do you think the novel says about people's use of social media?

A: It says that what we portray on our social media doesn’t necessarily reflect the reality of our lives. It’s easy to look at someone else’s Facebook page and feel jealous that their life is so perfect, but you have to remember they only put on there what they want you to see.

A: I’ve always read crime, starting with Agatha Christie in my teens. I prefer psychological thrillers to police procedurals, and some of my favourites are Sophie Hannah, Nicci French, Erin Kelly and Clare Mackintosh.

I’ve read a few books this year from authors new to me that I have absolutely loved, including The Marsh King’s Daughter by Karen Dionne, Fierce Kingdom by Gin Phillips and Exquisite by Sarah Stovell. I could go on!

A: I’m working on my second book, which is coming out in 2018. It’s called Three Little Lies. It’s about Ellen, a young woman whose best friend, Sasha, disappears. The police won’t take it seriously, but events in their shared past mean that Ellen has good reason to fear for Sasha’s safety, and her own.

A: I’m writing this on 11th December and I’ve almost finished my Christmas shopping!