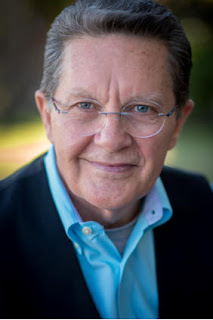 Larry Dane Brimner is the author of Twelve Days in May: Freedom Ride 1961, a new book for older kids. His many other books include the new children's picture book Puppy & Bear: The First Day of School, as well as We Are One and Birmingham Sunday. He lives in San Diego and Tucson.


Q: Why did you decide to write about the Freedom Ride in May 1961, and did you learn anything in the course of your research that especially surprised you?

A: I am fascinated by the struggle for civil rights in particular, and social justice in general. I like the idea of a level playing field for everyone, but I also realize that this has not always been the case despite laws to the contrary. (Unfortunately, it still is not the case in many instances.)

Twelve Days in May: Freedom Ride 1961 came about because of a librarian’s request. Cindy Clevenger, to whom the book is dedicated, asked Kathleen Krull to write about the Freedom Ride and to do it for an elementary-age audience. Kathy and I are long-time friends, and she suggested that it would be more appropriate for me, given the other civil rights titles I’ve written. I ran with it.

I think what surprised me with the May journey was just who participated. We know about John Lewis, and to a lesser degree James Peck, but most of the others on that historic ride have faded from memory and print.

I love to write about figures from history who are deserving of note, but who have been forgotten. Research introduced me to Walter and Frances Bergman, who at 61 and 57 respectively were the oldest Freedom Riders, and to Charles Person, who at 18 was the youngest. 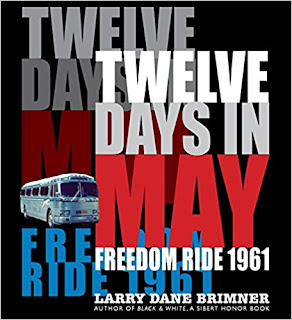 The violence, of course, was not surprising to me, having written about it in Birmingham Sunday and Black & White. But the sheer courage of these individuals to knowingly ride into that danger was inspiring.

Q: What lessons do you think readers can learn from the book, and how could they apply those lessons to today's world?

A: I hope readers will come away from this book with an understanding that sometimes everyday people—young and old—must get involved in order to change the status quo and there are so many ways in which the lessons from Twelve Days applies to the current state of affairs in the United States.

“Black Lives Matter” isn’t suggesting that other lives don’t matter, although some in the alt-right would have people believe that. “Taking a Knee” isn’t just a protest of the national anthem’s unsung verses.

Both of these protests are about the country not living up to the promises in its historical documents and the overall inequality and unfairness leveled at groups of people based on their ethnicity or religion.

Q: How did you choose the photos and how was the book's layout created? 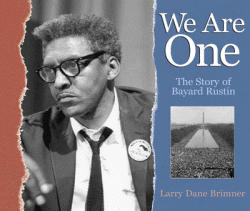 A: I love working with Calkins Creek because the author is expected to be a part of the design team. I choose the photos using sources I’ve developed over the years and will usually look at hundreds before selecting the 30 or 40 that I end up purchasing.

Because I think of my nonfiction books as photo-essays, the images are an integral part of the story. Early on I explained to my editor, Carolyn P. Yoder, that I wanted photos to be able to tell the story even without the text.

I wanted the topics to be accessible to non-readers through images and captions, so they could get a sense of what was going on even without delving into the main text. And hopefully, those images and captions would draw them into the book itself. (This stems from my teaching background and noting that my challenged readers would gravitate to photo-heavy books. It seems to be working!)

With this book especially I had a vision of what I wanted. I delivered the manuscript with “a bunch of front matter” and “a lot of back matter,” as I explained it to Carolyn.

Then I told her that the “real book” doesn’t begin until the day-by-day: “A blue-and-silver bus with a sleek dog painted on its side waits at the Greyhound terminal in Washington D.C.,” which is all told in present tense to give the readers a sense of being aboard the bus. 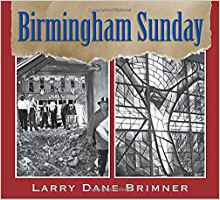 The manuscript and photos, after I had placed them, were then turned over to the book’s designer, Barbara Grzeslo, with whom I’ve worked on several other titles. Barbara decided to set off all that front and back matter by using a different font from that used in the heart of the book.

Carolyn thought something still was needed to separate the front matter from the main text and came up with the idea of the calendar. In the end, I couldn’t be more pleased. So the book’s design is a collaboration.

Q: You also have another book out, Puppy & Bear. How did you come up with the idea for this picture book?

A: I’m glad you asked. Picture books are what keep me sane. Many of the nonfiction topics I write about are emotionally draining for me. It isn’t unusual for me to be found in tears at my desk as I write about the historical treatment of minorities in this country.

I care a great deal about that story being told. But when I finish and feel like a washcloth wrung dry, I need to turn away toward something different. 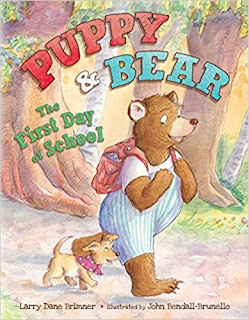 Hence, Puppy & Bear: The First Day of School. (The original title was Puppy & Bear: A Friendship Tale, which I still think more appropriate to the story, but marketing always wins in the end.)

Many of my picture books, like this one, flow out of my own past. Take a three-year-old named Christian, add a babysitter at university, transport them into the bodies of a puppy and bear, and you have a friendship tale.

A: I don’t like to talk/write too much about what I’m working on because I’d rather invest my energy in the book itself. Suffice it to say that I just returned from a week-long research trip to northern Alabama, and the book deals with a nonfiction topic that is near and dear to my heart—injustice.

A: Well, my website is located at www.brimner.com and I do make school visits, although I plan to phase those out by the end of 2019 to focus more on conferences.

In the months ahead, I’ll be at the conferences of the California School Library Association (February), Nevada Reading Week (March), the Tucson Festival of Books (March), and the Texas Library Association (April). Also, I will once again be on faculty for the Master Class in Nonfiction, sponsored by the Highlights Foundation (July).