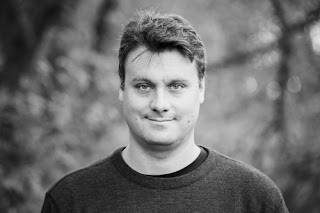 Jason Fagone is the author of the new book The Woman Who Smashed Codes: A True Story of Love, Spies, and the Unlikely Heroine Who Outwitted America's Enemies. It focuses on the life of Elizebeth Smith Friedman, a pioneering codebreaker. He also has written Ingenious and Horsemen of the Esophagus, and his work has appeared in a variety of publications, including The New York Times and GQ. He has just joined the staff of the San Francisco Chronicle.

Q: How would you describe the dynamic between Elizebeth Smith Friedman and her husband, William Friedman, both of whom worked as codebreakers?

A: They were a duo, a team of equals. That's how they saw themselves from the very beginning, when they started working together in 1916, as young people still in their twenties.

It was a true meeting of minds in that sense -- as individuals, they were both pretty good, but when they sat at the same table with their pencils and pads of graph paper, solving these important puzzles together in the era before computers, they felt like they were suddenly way more powerful.

Not just twice as good but four times as good. That's how they felt about it, because they clicked so seamlessly. 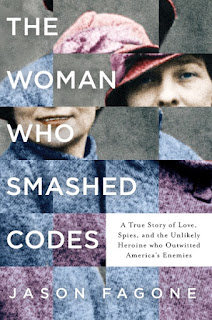 And as they fell in love, this beautiful thing started to happen, which is that they incorporated bits of secret language into their love letters. William would write to Elizebeth and sign off with a little term of endearment written in cipher, and Elizebeth would reply in the same cipher.

Q: You've noted that one big surprise you discovered in the course of your research involved the work Elizebeth did during World War II. Can you say more about that?

A: When I first began researching Elizebeth's life, I went to the library in Virginia where the Friedmans left their personal papers. Elizebeth left behind 22 boxes of letters and other documents. Eventually I went through all 22 boxes, start to finish, to get a handle on what was there.

And as great as these materials were, they didn't seem to include anything from World War II. Her experiences during the 1920s and 30s were well-documented, and also her life during the 50s and 60s, but the years 1939 through 1945 were pretty much a blank. So I had to look for those records. No one I asked seemed to know where they were or even if they existed at all. 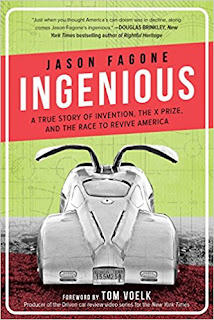 It ended up taking me two years to find that stuff, and when I finally found it, at the National Archives in College Park, I realized why it had been difficult to find -- most every page that spoke to her war experiences was stamped TOP SECRET ULTRA at the top.

These files were classified for 50 or 60 years because they were part of the biggest secret of World War II, which is the ULTRA program -- the immense Allied effort to break the codes of the Nazis and read their secret messages.

And I discovered, reading these files, that Elizebeth played an important part in that effort. Her job was to monitor the clandestine radio stations used by Nazi spies. She spent the war breaking the codes and mapping the secret networks, allowing the FBI to arrest the spies and destroy the rings.

And then after the war, J. Edgar Hoover took credit for all of that, claiming that the FBI had stopped a huge Nazi spy invasion by using traditional sorts of FBI crime-fighting techniques, when really it had been Elizebeth and the codebreakers who stopped the spy rings.

But Elizebeth couldn't stick up her hand and say that, because the codebreaking part of it was so extremely secret, and she didn't have Hoover's power. 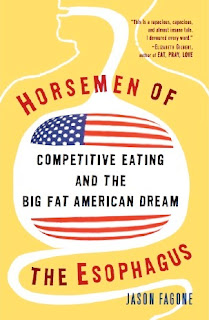 Q: How difficult was it for Elizebeth, as a woman in her field in the early- and mid-20th century?

A: It was tough. At every step of her career, there were men who didn't give her the respect she had earned. Early on, the U.S. Treasury Department only hired her as a sort of consolation prize because they couldn't get William, her husband.

But as soon as Elizebeth started to solve puzzles in some new job, she always proved her ability, and by 1931 she was leading a team of young male codebreakers, as their boss.

A: She was a heroine of World War II, a pioneering woman technologist, and one of the greatest codebreakers of all time. And she helped invent the modern science of cryptology that's now at the foundation of the intelligence and information security fields.

A: Moving across the country, from the Philly area to San Francisco, to join the staff of the San Francisco Chronicle. It's an exciting time for our family and kind of chaotic. Our life is in boxes right now and every day we dig out a bit more.

A: Yes -- please buy the book! It's available at any of your favorite stores, physical or online (links here). And if you read the book and enjoy it, please consider writing an online review. They really do help.