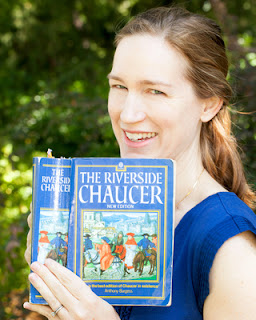 Kim Zarins is the author of the young adult novel Sometimes We Tell the Truth. She also has written two picture books, The Helpful Puppy and Playful Bunny. She teaches medieval literature and children's literature at Sacramento State University, and she lives in Davis, California.

Q: How did you come up with the idea of a modern-day version of The Canterbury Tales, with high school students as the characters?

A: I'm a medievalist and have been teaching Chaucer for years, so when my agent and editors were discussing the possibility of me doing a retelling of Chaucer for teens, I was very keen on the idea. I took it and ran with it. It was such a delight to write.

Q: What did you see as the right balance between the original Chaucer and your own modern update?

A: I was willing to let go of Chaucer's Middle English and historical realities like the Black Death and so on, because I think sometimes if we see period dress, we forget how much we have in common with people from so long ago (think of seeing Shakespeare plays in modern dress—it can be very powerful!). 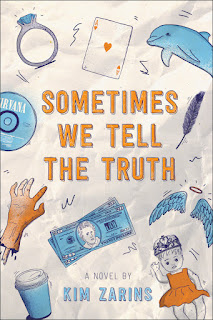 Modernizing the Tales meant the language and cultural contexts would become more relatable and accessible. (Some readers don't even know it's a retelling until I spill the beans in an Afterword at the end!).

I may not be faithful to Chaucer's Middle English or late-14th century life, but I sincerely hope I am faithful to the themes, issues, and layers within Chaucer's complex text. I wanted the novel to be enjoyable for someone new to Chaucer as well as readers looking for my modern play with the stories and characters.

Another way I was faithful to the text was letting its bawdy content stay on the page. Some of Chaucer's tales are nothing short of scandalous, and I feel that it would be talking down to teens to cut out those tales or bowdlerize them.

Finally, I also wanted to convey how slippery these tales are. I have had a lot of really, really great discussions with my students about the Tales. My students are so great at detecting a lot of the problematic qualities of the Tales—for example, a story might seem like it's "just" a comic story, but there's a lot of misogyny lurking there too, and that is not funny.

So I wanted to tell the tales as they are, but also weave in ways to interpret the stories. As teen readers observe the novel's characters wildly disagree with one another and challenge each other on the stories they tell, I hope the teen readers will start forming their own opinions too. 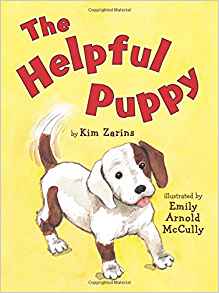 A: The title was hard to come by! I kept trying and failing to find a title and gave my editors about 30 different ones. There was a lot of discussion before we finally had it.

For me the title signifies how the characters conceal a lot about themselves, but in the course of telling stories and listening to one another on that all-day bus ride, sometimes they find themselves telling the truth and getting real.

Q: What’s been the reaction to the book from your readers?

A: I think it has been positive! I've connected with readers on Twitter, both teens and adults, including librarians and high school teachers, which has been really nice, and some college classes and high school classes are offering the book alongside Chaucer's Canterbury Tales. It is a great honor. 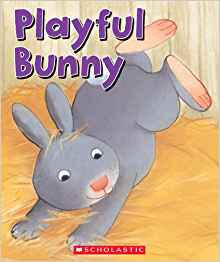 A: A few things! I just submitted a picture book, so wish me luck!

A: One thing for writers out there: this was the third novel I've written, but my process was different in two ways. First, I didn't wallow in second-guessing that usually makes me spend forever on those first 50 pages. I'm so glad I worked fast to get a draft quickly.

Second, I wrote the novel out of order! This sometimes made my brain sizzle as I revised forwards and backwards while making it look like I wrote everything in order. However, the good thing about it was that everything I was writing felt current and new and exciting.

In my previous novels, I always wrote in order, with consequences: I'd slog through a boring part, so I could get to the good scene as my reward.

But that's silly, because if the characters are playing out that good scene in my head, I should just let them do it while I'm in the mood to write it, and eventually see my way through that earlier, more drab scene…which hopefully is now less drab because my brain is finally ready to make it meaningful and not just a transition to a better scene. Hope that makes sense!

Feel free to connect with me on Twitter @KimZarins, and do please check out my book and tell the high school British Literature teacher in your life!