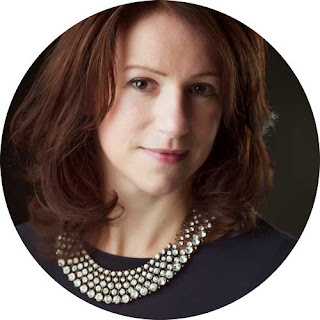 Hazel Gaynor is the author of the new novel The Cottingly Secret, which focuses on a real-life case from 1917 involving two girls who convince everyone that they have photographed actual fairies. Gaynor's other books include The Girl Who Came Home and A Memory of Violets. She lives in Ireland.

Q: You note that you had considered writing about the Cottingley fairies for a while before your agent suggested it. What initially intrigued you about the story?

A: I grew up in Yorkshire where the fairy photographs were taken a century ago, so I’ve always known about the Cottingley fairies. As a novelist it is interesting to return to those long-held memories of events and people that fascinate you, and what could be more intriguing that the possibility of fairies at the bottom of the garden!

While I knew the photographs were eventually disclosed as fake, I didn’t know why the girls took them, or why they took so long to confess or how Sir Arthur Conan Doyle got involved. 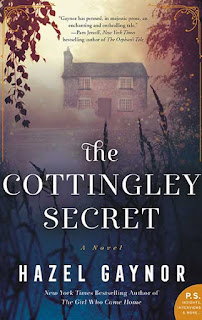 A: While the facts of any true story offer a great starting point for a novel, the fiction offers a tantalising space to fill in the blanks. While I’ll always stay true to the known historical facts, I will add fictional characters to that historical landscape.

Early in my writing I wondered who else was affected by the events that unfolded in Cottingley and if there were fairies in the beck, had anyone else seen them?

From there I developed the character of Ellen Hogan, Frances’s fictional schoolteacher, who becomes the connection between the historical facts of the fairy photographs, and the fictional world of Olivia and her story, set in present-day Ireland.

I especially love blending historical fact with powerful and emotional fictional stories. I kept a copy of the photograph of Frances and the fairies on my desk while I wrote the book. I often felt she was standing at my shoulder making sure I got it right! 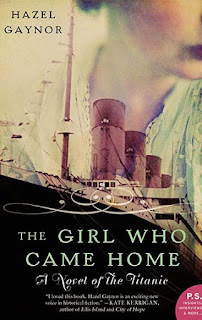 Q: What surprised you most in the course of your research for this novel?

A: The sheer scale of the interest in the girls and the photographs surprised me, and the speed with which they became the focus of intense media attention. Frances talks about being hounded by reporters on her way to and from school which must have been awful for a quiet teenage girl.

The archives at Brotherton Library at Leeds University were also a real eye-opener. The volume of correspondence between the girls’ parents, Sir Arthur Conan Doyle, Edward Gardner and others involved is astonishing. It isn’t difficult to understand why the girls stuck to their story when you see how far it travelled, and how quickly.

I was also intrigued to learn more about Frances’s insistence that she really did see fairies in Cottingley, and that she always maintained the fifth Cottingley photograph was genuine. The family still hope it can be studied with modern technology to resolve the question once and for all. 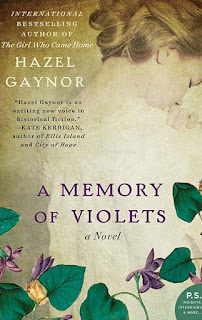 A: I’m not really a detailed planner, so I leave a lot open as I write to see how the story and the characters progress. I knew I wanted to leave plenty in the readers’ imagination and not be too prescriptive about the fairies Frances saw.

I was also keen to move the story on a little in my reimagining to leave the suggestion for other unexplored strands. I enjoy the process of discovery as I’m writing, letting my characters emerge on the page. Change is inevitable. It is really in the editing and re-writing that a book is written. I enjoy that process of refinement to get to the real heart of the story.

A: I’m currently working on my next solo novel, The Lighthouse Keeper’s Daughter, which tells the extraordinary true story of Victorian heroine Grace Darling - famed for rescuing survivors of a shipwreck near her home of Longstone lighthouse on the Farne Islands.

Grace Darling has interested me since learning about her at school, and I’m thrilled to re-imagine her remarkable story alongside the almost-forgotten history of female lighthouse keepers of the early 20th century. The Lighthouse Keeper’s Daughter will publish in autumn 2018 in the USA and Ireland, and in spring 2019 in the UK.

A: I also have another novel releasing this year! It's called Last Christmas in Paris and I co-wrote it with acclaimed historical novelist Heather Webb.

It is an epistolary love story set during the Great War between a female journalist in London, struggling to make sense of the propaganda and her place in the war, and her childhood friend who is a soldier at the front. It releases October 3, and we are very excited about it! You can read more about the book here.

Get in touch with me at @HazelGaynor on Twitter, or on Facebook. You can read more about all my books here.