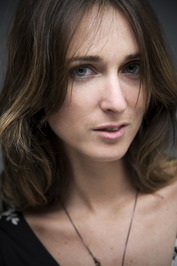 Chiara Barzini is the author of the new novel Things That Happened Before the Earthquake, which focuses on an Italian teenager who moves to Los Angeles in the 1990s. She also has written the short fiction collection Sister Stop Breathing. She lives outside Rome.

Q: How did you come up with the idea for Things That Happened Before the Earthquake, and for your main character, Eugenia?

A: I moved to the San Fernando Valley with my Italian family when I was 15. It was 1994 and the city was still recovering from the recent earthquake. The Rodney King riots had happened only two years earlier, and the whole city was still very much in that post-violence vibration.

It was a time of rebuilding–– spiritually, geographically, and architecturally. The city had in some sense collapsed in the course of two years, so it was an intense historical moment and a very formative one.

I always wanted to write about those early ‘90s years in L.A., so I did. The novel is fictional, but very much based on what was happening around me during that time. I anticipated the events two years earlier in the book, but even though I landed in L.A. in 1994, all people talked about was riots and earthquakes. 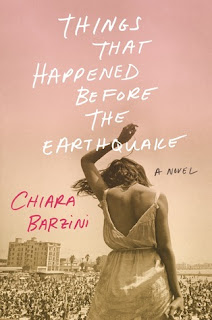 Q: Why did you decide to write the book using a first-person narrator?

A: I am a great fan of the first-person narrator. I like the idea of a voice that is reliable, but not necessarily trustworthy.

Q: What kind of research did you need to do to recreate Los Angeles in the early-to-mid 1990s?

A: I live in Rome and I had just had my first baby when I started working on the novel so I couldn't travel much. My partner was quite amazing and supported me when I went on a couple of research trips to L.A.

I also relied on David Ulin's anthology Writing Los Angeles. It is the most comprehensive and vibrant collection of writing about the city. Having it by my bedside table made it so I could always feel like I had a foot in the Pacific Ocean.

I discovered an incredible writer in the anthology named Lynell George. She had a heartbreaking story called "City of Specters." It held the exact mood of those early ‘90s shape-shifting times.

She captured a city of ghosts and miracles and violence and misery, but also of hope and powerful, redeeming nature. "In junior high we went to more funerals than weddings." I think that really sums it up. 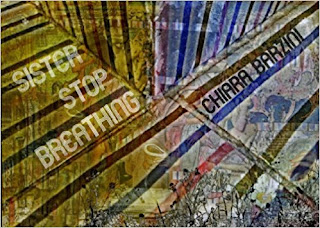 Q: The middle of the book includes a section where Eugenia returns to Italy. Why did you decide to include that rather than focus it entirely on her time in Los Angeles?

A: I wanted to show that once you migrate your country, whoever you are, you are doomed to feel displaced in the world. Eugenia spends her first year in L.A. romanticizing Rome and thinking about the day when she'll finally go back to Italy, but when she returns she is able to see that her home country is an equally violent and alienating place.

A: I am starting research on my next novel. It's still going to be set in Los Angeles and I'll still be writing about artists and expats, except it's set in the ‘30s.

A: I will be doing reading and book presentations in August, both in California and on the East Coast. Check my website for updates!