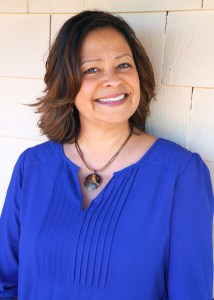 Andrea M. Page is the author of Sioux Code Talkers of World War II, a new book for older kids. Her great-uncle was a code talker during the war. She is a sixth-grade teacher, and she lives in Rochester, New York.

Q: How much did you know about your great-uncle's work as a World War II code talker as you were growing up, and what made you decide to write this book?

A: My family didn't find out about my great-uncle's service as a code talker until 1994. He died in 1949 and never talked about it. I didn't know anything about code talking while growing up.

I began to ask questions about code talking after we read a newspaper article about his group--seven men who used their Lakota/Dakota language to send messages in secret.

I thought I could find a reference to their work in a book about the First Cavalry Division in World War II. I went to the library and planned on collecting just a bit more, a paragraph or two... to save in our family history file. But as I started searching, I realized that there wasn't anything recorded about this top secret service.

After a year or so, I connected with someone named John Langan, who witnessed the code talking in action. He gave me all sorts of documents, details, information. He persuaded me to write the book. 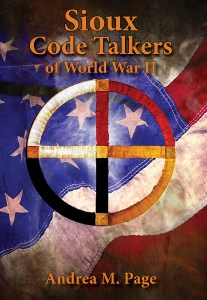 Q: What type of research did you do to write the book, and what did you learn that especially surprised you?

A: Research starts with a question. I became more curious as to why the Sioux Code Talkers would join the Cavalry. John Langan helped me understand some reasons and he gave me more clues to follow.

I called the next person and asked questions. That person provided me with another clue, which I followed... And so on. You have to realize this was the beginning of the internet, so I did a lot of calling by phone and mailed lots of letters.

Eventually, someone suggested the National Archives, so I went there. While at the Archives, I made copies of everything I could find. I went back three times over the course of 20 years.

I continued to gather copies of documents, maps, photos and made phone calls to museums, historical libraries, tribal historians, etc. I just kept going. I now have about 10 bins full of research I collected all these years.

Something that surprised me was the photo catalog at the National Archives. I was running out of time, so I decided to make copies of the card catalog indexes and the photos (front and back) that were pulled for me.

I found more information listed on the backs of the photos- specific details, places and names. I wasn't expecting that. Some of those photo details came in handy when I was writing the book.

Decades later, I could use the places and names to do internet searches. I found some interesting old videos on YouTube and some digital documents that helped fill in some gaps for me. I was glad I thought to make those copies that day.

Q: What do you see as the legacy today of the code talkers?

A: When I think about what these men did, or any Native American soldier did in World War I and World War II, I am in awe. These men put aside the prejudice their family members endured years before, to stand and fight alongside a former enemy.

Imagine the strength and fortitude it took to work together in this way. There had to be some level of trust given on the front lines. These men worked collaboratively to protect our country in an honorable way. They put aside their own feelings to fight for our homeland and community.

I've heard some veterans say they were just doing their job, but when you really stop and think about it, these men are incredible role models for all of our children, in fact, for all of us. They volunteered to serve and sacrificed a great deal to protect our country.

A: The book is appropriate for grades 5 and up, but fits best with the 7th/ 8th grade curriculum. It is popular with an adult audience as well.

A: I go back to school soon--teaching 6th graders. And I went on two successful "book tours" this summer. This fall, I have several author events booked already.

In addition, I have one nonfiction picture book I'll be submitting this week, and two more picture books in various stages of revision. Lastly, I started researching a couple more interesting people I learned about while traveling in South Dakota.

A: I appreciate the generosity of others in helping me get this book finished and it has been a blessing to connect with so many incredible people!

I've learned so much over the course of 20 years. I've enjoyed this journey, which was challenging at times. So, my advice to other writers is be patient and persevere. Your hard work will pay off at just the right time.