Fiona Davis is the author of the new novel The Address. She also has written the novel The Dollhouse. She has worked as an actress, editor, and writer, and she lives in New York.

Q: Your last novel focused on the Barbizon Hotel, and this novel focuses on the Dakota apartment building in New York. What made you choose the Dakota this time, and do you see any similarities in the role these buildings played in the history of the city?

A: I chose the Dakota as the Barbizon book was in the pipeline for publication. I was looking around, and nothing was clicking. One day I came up from the subway, and it was glowing, as if it was saying, “Pick me!” [But] with John Lennon, [who lived at the Dakota and was killed outside the building in 1980,] there’s a lot as an author that you don’t want to get into.

Both buildings have changed over time, and both were places of refuge. The Barbizon Hotel was a place young women went to stay as they pursued their careers, and the Dakota was a place for the merchant class to live for upward mobility but they couldn’t get it.

The elite only lived in brownstones, and were not interested in living communally. It was people who were willing to take a risk in an apartment, and the Upper West Side was the Wild West of New York City at that time. 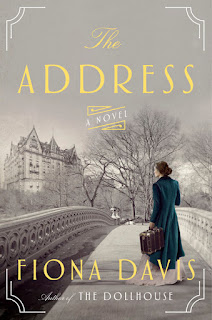 Q: The Address features two main characters, Sara, in 1885, who manages the Dakota, and Bailey, who lives in the building 100 years later. How did you come up with these two women and the idea of setting them a century apart?

A: I knew I wanted to set it in the 1880s. It was when [the Dakota] opened. In the 1930s, there was a lady managerette, and I thought why don’t I put her into 1884. It was inspired by true history. 1985 was good because it was a Gilded Age of its own, and it was five years after John Lennon’s death so I could have a little distance. It was right around when I came to New York, and I remember how dangerous Amsterdam Avenue was.

A: I read lots of books on the Dakota. I was able to get a tour of the building, from the basements to the servants’ floor. It’s an unusual building—the hallways are very narrow and the ceilings are very high. It’s eccentric. It becomes another character.

A: Yes, I had to do a lot of research about the Gilded Age for the 1880s section, but for the 1980s section it was a little easier, as that was right around when I came to New York City. 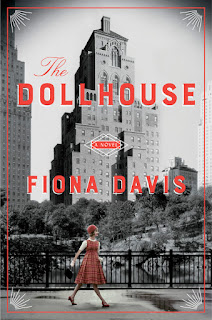 Q: The journalist Nellie Bly turns up as a character in the novel. What did you see as the right blend of fiction and history as you wrote the book?

A: I feel like history is the framework of the story and fiction is a way to bring it to life. With Nellie Bly, I knew I wanted to write about the [Blackwell’s Island] asylum—it was such a contrast from the luxury of the Dakota.

Having her show up was so much fun! There are books written about her, and I didn’t want to make her a main character, but I love books where you see events from a minor character’s point of view.

Q: Was the case you write about in the book based on anything real?

A: No, the owner of the Dakota died two years before the building was finished—of natural causes! I had the characters and created an interesting environment for them to exist in. I love mystery novels—I love having something like that in every book I write.

A: A draft of a book set in Grand Central Terminal. I’ve discovered amazing things about it that are surprising. It’s fun to see if I can pull it off!