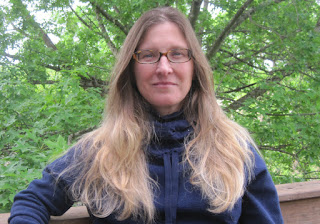 Caitlin Hamilton Summie is the author of the new story collection To Lay To Rest Our Ghosts. Her work has appeared in a variety of publications, including Beloit Fiction Journal and Wisconsin Review, and she is the co-owner of the book marketing firm Caitlin Hamilton Marketing & Publicity. She lives in Knoxville, Tennessee.

Q: Do you see any particular themes that run through the stories in your collection?

A: Yes, I see several recurring themes—of the importance of family and family history. Also there are themes of loss and resilience. Two stories touch on struggles with faith. Snow! Snow is in many stories. There are also a number of turns—turns of fortune, or people actually turning around and gaining new perspective.

Q: Over how long a period did you write these stories, and how did you choose the order in which they would appear in the book? 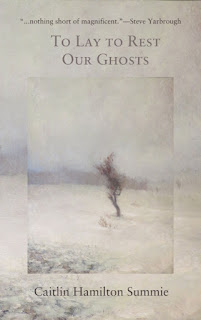 A: I started writing these stories in 1992 and finished the last one in 2015. Some stories I worked on for years, on but mostly off, when work and family allowed, but most were written between 1992-1995.

In 2015, I started sending one story out for publication consideration. I took the rest out in 2016, dusted them off and tweaked them, and started sending them out to literary journals and magazines.

My original plan was to order the book by the main characters’ ages, stories from youth to end-of-life. In the end, though, I wanted to end on a hopeful note and so switched the last two.

A: The title was chosen quickly! I flipped through the collection, looking for sentence fragments, chose four or five, and sent them to my publisher. He chose, and I agreed. I also had some family weigh in, but we all agreed with the publisher.

I didn’t want to use a story title. The natural choice would have been “Geographies of the Heart,” but that’s the title not only of a story in this book but also of the novel-in-stories that I am completing. Three of the stories in my collection are part of this novel.

As for what the title means, I’d say that each character is haunted in some way. They need to face their ghosts and lay them to rest so that they can move on.

Q: As someone who has publicized many other authors' books, how does it feel to have your own book appearing?

A: I’m trying to finish my novel-in-stories and to revise a middle grade novel that I have completed.

A: I write across genres and recently had a poem published in The Literary Nest!