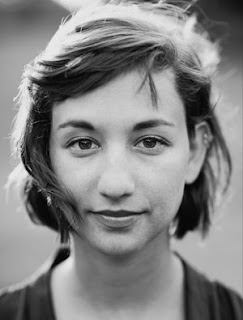 Danya Kukafka is the author of the new novel Girl in Snow, which focuses on the aftermath of a high school student's murder. She is an assistant editor at Riverhead Books.

Q: How did you come up with the idea for Girl in Snow?

A: Girl in Snow started with Cameron’s character. I had just read two books that really made me think—The Virgin Suicides, by Jeffrey Eugenides, and The Perks of Being a Wallflower by Stephen Chbosky.

I started to wonder: what happens if you have a sympathetic teenage boy, who genuinely doesn’t know if he has killed someone? Can you love him anyway? I formed the whole plot of the book around this idea.

Q: You tell the story from three characters' perspectives. Did you write the book in the order in which it appears, or did you focus more on one character at a time? 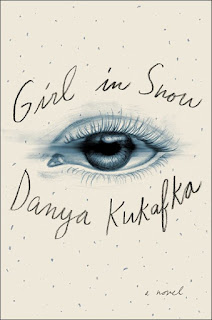 A: I wrote the book one character at a time, actually—so not in order at all! I wrote an entire draft from Cameron’s perspective. Once that was finished and I had the general storyline figured out, I wrote all of Jade’s chapters and added them in. Russ came much later.

Q: Did you know the ending before you started writing, or did you change things along the way?

A: I changed a lot during revision—I always knew who had killed Lucinda, but the amount of information the reader got along the way changed constantly throughout the editorial process.

In the end, I had to sit down and decide how much I wanted the reader to have, and edit accordingly. I had to be sure the ending made sense, and that it would satisfy a reader.

A: I love writers who do new and exciting things with the mystery form. Megan Abbott is one of my favorites, and I also love Celeste Ng, Kazuo Ishiguro, Jeffrey Eugenides and Alice Sebold. I’m also a big fan of the bold genre-benders, like Maggie Nelson and Jenny Offill. My favorite writer of all time, though, is J.K. Rowling.

A: I am working on a new novel. It’s still very young, but it feels so nice to be doing something new!