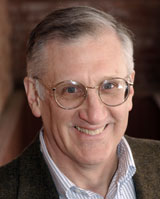 Tom Lewis is the author of the new book Washington: A History of Our National City. His other books include The Hudson. He is professor emeritus of English at Skidmore College, and he lives in Saratoga Springs, New York.

Q: You begin your book by describing Marian Anderson’s appearance in Washington, D.C., in 1939. Why did you choose this as the start of the book?

A: The story of Marian Anderson’s concert at the Lincoln Memorial in 1939 is well known, but I wanted to place it in the context of the capital’s unique story.

It connects with some of the broad themes that I threaded into my narrative history of America’s national city: the absence of civic governance; the importance of race; and the symbolic significance of everything that happens in the capital to the nation and even the world.

Governance of Washington, D.C., has always been an anomaly in American civic life. In 1939, Washingtonians had no say in who governed them, what laws they had to follow, what taxes they had to pay.

Today the situation is not much better for the 860,000 American citizens who live at the center of America’s democratic government and yet have no voting representation in the Congress.  Though the residents express their bitterness on their license plates—“Taxation Without Representation”--few in Congress or the nation seem to care… 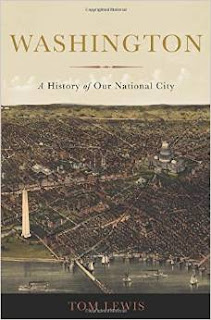 Q: What are some of the most common perceptions and misperceptions about Washington, D.C.?

A: It is certainly the case that there are misperceptions. Many say the capital was built on a swamp, but that was not the case. There were marshes on the banks of parts of the Potomac River, as there are on many rivers. But much of the land was arable that supported tobacco and other crops.

And after all, the architect who designed the city, Peter L’Enfant, was careful to build the center of the young democracy, the Capitol, on a hill.

But what fascinates me more is what many of us don’t know about the capital’s history.  Here are just three examples:
•        that the slave trade flourished in the District of Columbia and that slave pens were located within sight of the Capitol.
•        that Congress imposed prohibition on the District before it took effect in the rest of the nation, and with devastating effects upon the German-American population in the city.
•        In World War II, the army installed antiaircraft guns on the roofs of government buildings throughout the capital. On September 3, 1942, a soldier cleaning a gun on the Interior Building roof garden fired it accidentally. He hit the frieze of the Lincoln Memorial.

Q: You write that you’ve been fascinated with the city for many years. What first sparked your interest, and what kept you intrigued over the years?

A: I was captivated by the capital as a child when my parents and I would pass through the city on our way from Philadelphia to our relatives in Virginia.

Early on I did the equivalent of an internet search: I combed the local library for books that touched on Washington, read the World Book Encyclopedia and later, the eleventh edition of the Encyclopedia Britannica. I was puzzled when I learned that Congress governed the city and that (at the time) its residents couldn’t even vote for president. 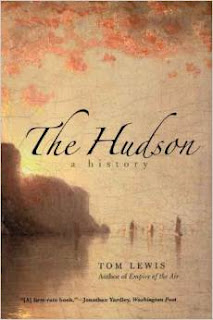 Later I commuted to the capital frequently on business. That’s when I studied and learned the city, not just the Mall, which many think as Washington, but the vibrant energy and seemingly unlimited variety of its neighborhoods. By the late 1990s I knew that I had a story to tell.

Q: What do you see looking ahead for the city?

A: I’m an historian, so I’m not sure that my prognostications for the future of our capital would have much bearing. I can, however, observe that Washington has always flourished whenever the members of Congress, who control the city’s destiny, have allowed it to do so.

And conversely, when Congress has neglected the city, failed to support it financially, Washington, its residents, and the nation have suffered.

The D.C. Metro, which Congress largely paid for, is a good example: The first significant subway built anywhere in the United States after World War II, the Metro became a model of engineering, aesthetic design, and efficiency.

In just two months after the first section opened on the last Monday in March 1976 its trains carried 1 million passengers, and shop owners at station stops along the route reported a substantial increase in business.

Metro was Washington’s and the nation’s pride. When the line to the Shaw neighborhood opened in an area that had been devastated in the riots following the assassination of Dr. Martin Luther King, Jr., pedestrians returned to the area, property values rose, and citizens began restoring houses rather than replacing them.

Alas, as any resident of Washington will tell you, the Metro is in trouble. Congress has chosen to defund transportation and the nation’s infrastructure across the nation. Lack of congressional support over the past decade has been especially devastating to the capital.

A: In my writing and films about American historical subjects--rivers, bridges, highways, and inventors, among others--I have always examined what peculiar characteristics, what virtues and vices, make this nation what it is. Right now I’m engaged in several projects that continue my study.