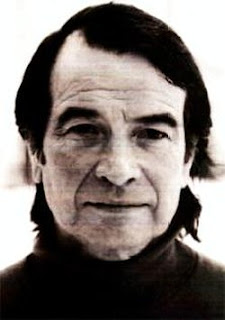 Paul Strathern is the author of the new book Death in Florence: The Medici, Savonarola, and the Battle for the Soul of a Renaissance City. His many other books include The Venetians and Napoleon in Egypt. He lives in England.

Q: What role did Florence play at the end of the 15th century, and what were some of the factors that led to its prominence?

A: At the end of 15th century Florence had become the epicentre of the Renaissance. This was one of the great cultural resurgences of European history, which took place after almost a millennium of the Medieval era – one during which much of Western civilization had remained in a state of comparative stasis.

A historian’s joke has it that the only real invention of the Middle Ages was the wheelbarrow. This is of course a gross exaggeration, but it highlights the lack of innovative thinking which took place during this era, when crusades and cathedral-building took precedence over progress and new ideas.

During this era much of the knowledge of the classical period of ancient Greece and Rome had been lost to Europe. (Though it thrived in the Arab world.)

The little knowledge that had remained in Europe had become stultified, relying on works dating from a thousand years previously, by authors such as Aristotle and Galen.

When questions arose, one consulted the “authority” of Aristotle or Galen on such matters. (What were deemed religious matters – a wide field during the Middle Ages - were similarly referred to the authority of the Bible, as interpreted by the Church.)
Aristotle, for instance, believed that the world consisted of four elements: earth, air, fire and water. There was thus no room for chemical research, except in the doubtful guise of alchemy.

The physician Galen similarly believed that health consisted in balancing the four “humours” in the body – namely black bile, yellow bile, blood and phlegm. Illness resulted when one of these elements predominated over the others.

With the advent of the Renaissance, many ancient Greek works, especially by Plato, were rediscovered, often being brought to Italy by monks fleeing from Constantinople (modern Istanbul), which fell to the Ottoman Turks in 1453. 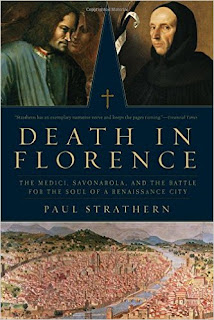 The arrival of these books, especially in Florence, reopened the classical way of seeing the world: the very word Renaissance means “re-birth.” This encouraged a new way of thinking, especially in the arts and the sciences.

Architects learned to build using original methods which had been previously lost. Illustrative of this is the dome which was created in Florence Cathedral by Brunelleschi in 1436.This was the last great dome to have been constructed since the dome of Hagia Sophia, the Byzantine cathedral in Constantinople, which had been erected in 573.

In the other arts, new methods were also being used. The discovery of oil paint was to transform the art of painting, giving subtle and translucent effects which had previously been unachievable.

At the same time, the discovery of perspective added a new dimension. Gone were the stylised, characteristically two-dimensional paintings of the medieval era, and in their place came works by the likes of Botticelli, Leonardo da Vince and Michelangelo.

All three of these were Florentine artists, encouraged in their work by lucrative commissions from the Medici family, which had gained its immense wealth from banking. It was through this wealth that Florence was able to establish itself as a great cultural centre.

The era of the Medici banking supremacy lasted from the early 14th century, when the bank was run by Cosimo de Medici, through to the end of the 15th century, when it was run by his grandson Lorenzo de Medici (popularly known as Lorenzo the Magnificent, a name that he certainly lived up to.)

At the time, Italy was for the most part divided into five major city states – namely, Milan, Venice, Naples, Rome and Florence, which was in many ways the least powerful of these cities.

Milan and Naples were ruled by tyrants, Rome was ruled by the pope, and Venice was a plutocracy, ruled by its leading families.

Only Florence had any semblance of democracy, and the citizens were proud of their comparative liberty. Even after the Medici gradually took over, skillfully corrupting the electoral process by means of their great wealth, they always sought to maintain an appearance of democracy, such that this ethos prevailed to a certain extent throughout the republic.

While the other cities in Italy maintained large standing armies, or used their money to pay for the services of the best mercenary generals and their armies, Florence remained comparatively weak. 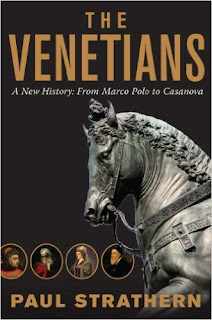 It maintained its independence largely through subtle diplomacy, forming alliances and playing off one city against another to achieve a rare era of comparative stability throughout the Italian peninsula.

Florence forged its alliances through mutual friendship between the Medici and its encompassing powerful rulers. This policy was seen at its best during the “reign” of Lorenzo the Magnificent, who used his artists as cultural ambassadors, thus cementing his diplomatic ties.

For instance, Leonardo was sent to work for the Duke of Milan, while Michelangelo went to Rome to paint the roof of the Sistine Chapel for the pope.

Savonarola was a foreigner in Florence, having been born in Ferrara. He arrived, a virtually unknown Dominican friar, when Lorenzo the Magnificent was at the zenith of his power and achievement.

However, many of the ordinary people were becoming bewildered by the changes and cultural transformations of the Renaissance. All this opulence, great buildings and fine art, grew up around them while they remained poor – as well as uncomprehending of the cultural shift which was taking place.

They longed for a return to the certainties of the old ways. And this was the secret of Savonarola’s powers. His sermons were filled with the apocalyptic imagery of his “visions” and chilling prophecies.

He foretold that a huge army would invade Italy from “across the mountains,” and when Charles VIII of France crossed the Alps and invaded Italy in 1489 it looked as if these prophecies were coming true.

As a result the people flocked to Savonarola, to listen to the ever more powerful and compelling sermons delivered by this curious little man and his fanatical stare.

Q: You write, "Lorenzo recognized Savonarola for what he was, just as Savonarola did Lorenzo." What did the two think of each other, and what did they each represent?

A: Savonarola was undoubtedly a religious puritan, believing in a particular way of life free from the sins of the flesh and the “vanities” of worldly goods.

But he was also an egalitarian. During the time he held sway in Florence many injustices were overturned and the citizens had more say in their own government.

His preaching and his attitude were in many ways against all that the Medici stood for – a more modern, inquiring and in part more liberal way of life. 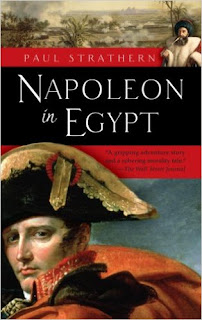 On the other hand, theirs was undoubtedly a more corrupt style of rule, and paid less heed to the religious practices of the Church, which  by this time had become notoriously corrupt.

The struggle between Lorenzo and Savonarola came to its climax when Lorenzo lay on his deathbed and summoned Savonarola to give him his blessing.

Savonarola agreed to do this if he would agree to three questions:
Firstly, did he repent his sins and believe in the one true God?
To this, Lorenzo answered that he did.
Secondly, If he believed in Christ, would he be willing to renounce his ill-gotten wealth and restore it to the poor?
Lorenzo replied that he would leave such instructions in his will.
Thirdly, would he renounce his power, restore to the people of Florence their liberty, and have his heirs guarantee a truly republican government.
In answer to this, Lorenzo merely turned his head to the wall.

Q: In the book, you write, "Yet this clash between the secular and the religious has continued to reverberate down the centuries..." What is the legacy today of the events in Florence 500-plus years ago?

A: Lorenzo de Medici was a standard-bearer for the values of the Renaissance. Savonarola, on the other hand, believed in a return to the ancient spiritual values. In simple terms, Lorenzo de Medici can be seen as a liberal, whereas Savonarola was more of a fundamentalist.

Though this is, of necessity, a gross simplification. The battle between these two figures in 15th century Florence can be seen as epitomising a battle which has undergone a sudden resurgence in our contemporary times: the contest for hearts and minds between the freedom and values of the western world and fundamentalism which opposes such “degeneracy.”

The struggle which took place in Florence so long ago is once again as relevant as ever. The battle is no longer for “the soul of a Renaissance city,” but for the soul of our entire civilization.

A: Much of the research for this book was conducted in Italy and from the study of relevant contemporary documents. What surprised me most was that Savonarola was not quite the monster he was painted. His egalitarian ideals may have had their puritan element, but under his sway the city of Florence became a much more democratic and egalitarian city.

A: I am at present working on an idea for a book whose setting is Italy in the first half of the 20th century, during the period when Mussolini’s fascists rose to power, and other sensational events took place which went far beyond the political arena.