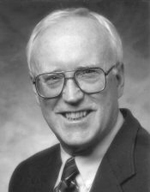 Alonzo Hamby is the author of the new book Man of Destiny: FDR and the Making of the American Century. His other books include Man of the People: A Life of Harry S. Truman. He is Distinguished Professor of History Emeritus at Ohio University, and he lives in Athens, Ohio.

Q: You write of FDR that "he was the New Deal." What was the impact of Roosevelt's personality on the New Deal programs, and how would you characterize the overall success of the New Deal?

A: Roosevelt's personality, transmitted over the airwaves, was central to the New Deal. Radio transmission of a leader's voice was comparatively new and projected a sense of authority and leadership directly into the households of ordinary individuals. Television would have a similar impact for the next generation of Americans.

Q: What was the impact of Theodore Roosevelt on FDR's policies and world view?

A: TR clearly had an impact. He was the first of what political scientists call "the modern presidents." He used the mass media (newspapers and magazines in his day) to project an image of activism and authority along with a concern for ordinary middle-class Americans. 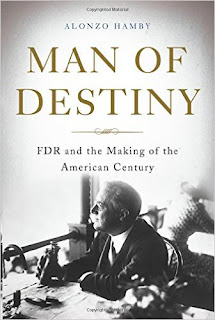 He also engaged in unprecedented activism in foreign policy (Panama canal; mediation of the Russo-Japanese war). He combined images of being a reformer at home and activist leadership in foreign policy. The young FDR much admired him and in the large sense I have outlined tried to follow his example.

Q: You write of FDR in World War II, "Underneath a veneer of national unity, the president's diminishing personal and political resources steadily eroded his leadership." What do you see as the reasons for this?

A: By the time of WWII, FDR had been around for a long time. Every president loses authority with time and familiarity. FDR was simply no longer the new, impressive, and commanding figure of 1933.

We've seen the same kind of thing happen with about every other two-term president. The remarkable thing is that Roosevelt was able to hold on for so long and actually win election to a fourth term. The book cites a 1944 poll in which a majority see him as the person best equipped to manage the postwar peace.

All that said, however, it is also clear that few members of Congress saw him as the commanding figure of 1933. 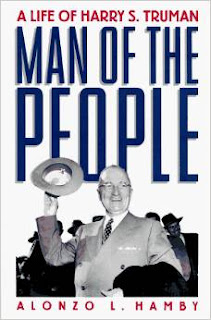 Q: Of the Yalta conference, you write, "Yalta was his final attempt to come to grips with the cunning of a history beyond his control." How would you characterize Roosevelt's actions at Yalta?

A: Roosevelt came to Yalta wanting to nail down an accord with Stalin on the structure of the postwar world. He pretty clearly felt that postwar peace depended on it.

It seems also clear that he thought the Soviet Union would inevitably be the dominant force in Eastern Europe, perhaps Western Europe also, and that there was little the U.S. could do about that. He did not anticipate a Cold War.

Yet right up until the day he died, he found himself handling "misunderstandings" with the USSR. He likely thought Stalin an expansionist Russian leader in the tradition of the Tsars rather than a committed Communist revolutionary.

No one can say whether he would have turned around in 1947 or thereabouts with his versions of the Truman Doctrine and the Marshall Plan. We only know that he hoped to manage a good relationship--and likely would have been disappointed.

A: I have not dived into a new book-length project yet. I'm giving serious thought to a book on major U.S. historians who established themselves as public intellectuals with a following beyond the academy (e.g., Henry Adams, Charles Beard, Arthur Schlesinger, Richard Hofstadter, C. Vann Woodward). If I attempt it, it would be modeled on Robert Heilbroner's The Worldly Philosophers.

I've just finished a piece on the FDR-Churchill relationship that will be published in the Churchill Centre magazine Finest Hour.