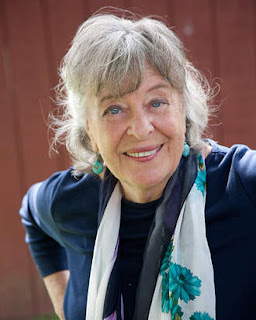 Susan Dworkin is the co-author, with Edith Hahn Beer, of The Nazi Officer's Wife. Her other books include The Commons and The Viking in the Wheat Field. She spent 10 years as a contributing editor to Ms. magazine, and she is based in the Berkshires.

Q: How did you meet Edith Hahn Beer, and how did you end up working on this book with her?

A: I met her because a lawyer who was working with this project called me. I had a lot of experience being a collaborative writer, and he said, Get on a plane and go to the Holocaust Museum, where there’s a nice old lady being honored. There was a reception [commemorating] an archive of papers that had belonged to Edith [and had been] donated to the Holocaust Museum.

That’s what I did—I sat on a bench with her and she told me this story. I said, This is a great story.

Q: What was the writing process like between the two of you?

A: I wrote the book with Edith, so it was always her story. She had complete approval of every word. She was not a native English speaker, and she was elderly. I didn’t know whether she would remember everything.

There was a lot of background research to be done—she, who had been involved, might not know [all the] historical details.

I went to Netanya and got myself a room at a pension by the sea. Every day, I would go to Edith’s house with a tape recorder. I would ask her questions [and she would] tell me again and again. Every time she went over material she would remember some detail and the story would become enriched. 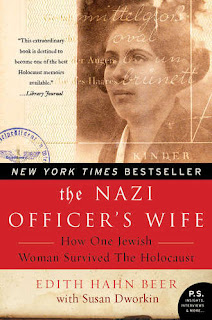 Q: Did you confirm details with other people she had known?

A: Sadly, no, because everybody was dead…Angela [Edith’s daughter] knew the story in and out, and she was a source.

Edith remembered everything. There were some things she might not have known—exactly which planes [the company her husband worked for] was producing.

Q: How long did it take to complete the book?

It’s a tribute to Edith—you always expect somebody to say, No, it didn’t happen that way. In 15 years [since the book first came out], that didn’t happen. It’s selling in 16 or 17 countries….

Q: As you worked on the book, what surprised you most about her story? 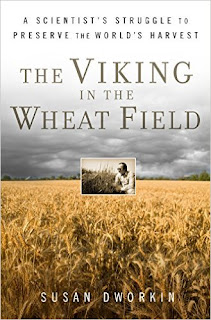 A: I had not realized what a phenomenally sexist regime the Nazis were. I realized Margaret Atwood’s The Handmaid’s Tale had taken inspiration from this regime. The oppression of women, the horrible program where women were forced to have babies with men who were racially pure…

I did not realize the Nazis had created a situation in which most German men [of a certain age] were at the front, and the country was filled with slave laborers [from other countries]…her description of the home front was extremely surprising to me.

Q: This book was first published more than a decade ago, and now is available in a new edition. What accounts for the continuing interest in Edith's story and the publication of this new edition?

A: Nobody knows. Maybe it’s a digital miracle, with Amazon and the e-book revolution. The book always did well, and has done well around the world…

About two years ago, I don’t know why, sales of the book went through the roof. There was a very inexpensive edition available on Amazon and digital media, and suddenly we were on the New York Times bestseller list. I couldn’t believe it! They ran out of books, and printed a new edition…

A: I have two books, one I’ve just finished and one about to be published.

One thing that’s happened to me as a result of working with Edith is that it clarified what’s paramount to me. I come out of the feminist movement…I began to write books about women, unlikely, ordinary people who experience a political awakening and take an important role in society…. 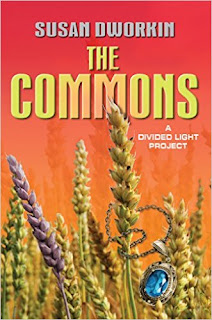 The Commons is available on Amazon. It takes place 150 years in the future. It’s about a young girl who has a pleasant voice and becomes the Joan Baez of the revolution. The Commons is the name of a rock group. It’s soft science fiction, very different.

My newest book, The Pretty Part, is set right now. It’s about a woman who was a very minor actress, and she makes a marriage late in life that leads her to a huge moral crisis…

Even though it’s set now, and is about a sophisticated New York woman, they both are about women taking a role, rising to the occasion. That’s [how] I was inspired by Edith.

--Interview with Deborah Kalb. Susan Dworkin will be participating in The Lessans Family Annual Book Festival at the JCC of Greater Washington, which runs from Nov. 5-15, 2015.