Q: You write that “few would deny that a certain golden age of the magazine flourished between the two world wars.” What made that time period special at The New Yorker?

A: I think that there were a number of very good and influential magazines that flourished in those days—Collier’s, The Smart Set, The New Republic. Print journalism was king, and the smart magazines set the standard.

Harold Ross’s emphasis on fact, and not smart-alecky but smart prose really did make an impression. The criticism, the art, the humor, the fiction—I do think…that was the heyday, to my mind, of the magazine. 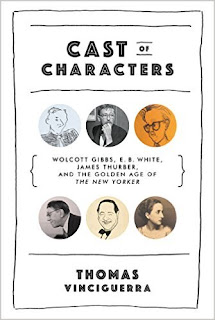 A: There were a lot of surprises. I started researching 10 years ago. I wanted to do a biography of Wolcott Gibbs, who had been overlooked. I interviewed his survivors, and went through New Yorker pieces he had written.

I mainly drew on the New Yorker records at the New York Public Library, but I also went to a number of archival sources—Cornell, Bryn Mawr, among other places. I spoke with many people who had known Gibbs and these other people.

As far as surprises were concerned, I was happy to uncover the name of Gibbs’s first wife. Even his son didn’t know who his father was married to the first time. I found out about the multiple personality disorder of St. Clair McKelway…

Q: What was the role of women at The New Yorker during the time period on which you focus?

A: It’s a wonderful coincidence that Lillian Ross has just published her latest collection…Women figured to a certain extent. They were very important. Katharine White was over and above any of them. She was an incredibly important person in The New Yorker’s history. There were a few others, like Lois Long, who helped set the one of the magazine.

Women didn’t figure as prominently in that period as they do now. It had nothing to do with sexism; it had to do with the tenor of the times. Harold Ross, the founding editor, was very much a man’s man. Thomas Kunkel, in his biography of Ross, wrote very well about that. Ross liked to be direct, and at times, brusque…

During the war when men at The New Yorker were in uniform or out of the office as correspondents, women began to come into their own. 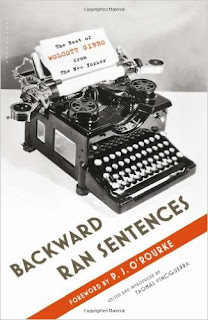 Q: What are some of the main differences between The New Yorker during the period you write about and the magazine today?

A: The New Yorker today is a far more analytical and interpretive magazine than it used to be. William Shawn, the successor to Ross, in his recollections of Ross, said Ross didn’t care what a reporter thought. Today, there’s a lot more thinking going on at The New Yorker—people from Janet Malcolm to Malcolm Gladwell.

In the period I’m writing about, Ross and his cohorts were mainly interested in straight journalism, clever humor, bright fiction, funny drawings, and whimsical observations. I don’t think there was a lot of interpretation going on in the period I write about. Any heavy thoughts were conveyed simply as facts in journalism.

A: I’m hashing out a proposal, I hope for Norton. At the moment, I’m overwhelmed by the fairly positive reaction [this book has] gotten so far. I can say that [the proposal is] a biography of a deceased, and in his day important, entertainment executive.

A: This is the 90th anniversary of The New Yorker. There’s been a heck of a lot written about the magazine. This is not a definitive history—Ben Yagoda wrote About Town for the 75th anniversary, and did a fine [job]. This is an approach to a certain group that spun a semi-magical web of prose and art for the generation we’ve been talking about…

I am very happy it’s out, and I’m gratified at the reaction so far. Many of the sources were extremely obscure, and it took some shoe leather to track them down. It’s gratifying that I was able to glean and convey this material.