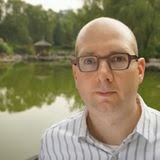 Michael Schuman is the author of the new book Confucius and the World He Created. He also has written The Miracle: The Epic Story of Asia's Quest for Wealth. He has covered Asia for Time and The Wall Street Journal, and he lives in Beijing.
Q: You write, "The great calamity of Confucius's long life story is how widely his reputation has diverged from his intent." What are some of the biggest perceptions and misperceptions about Confucius?
A: When you study the original Chinese classics and read what Confucius actually taught, you’ll discover a Confucius who is a very different than the image we often hold of him.
Perhaps the most dangerous misperception is the widespread belief that Confucius was a proponent of authoritarian government. The truth is just the opposite. His message was that virtue was the key to good government. If a leader was benevolent, cared for the well-being of the people and was upright in his own behavior, citizens of all types would voluntarily follow him.
Confucius went so far as to suggest that laws and punishments would be unnecessary if a leader was truly virtuous. That runs entirely counter to the practices of authoritarian regimes. Dictatorships, by their very nature, impose their will through coercion and force – methods that Confucius would never support.
Sadly, there have been many iron-fisted regimes – most notably the current Communist government in China – which have used (or should I say, abused) aspects of Confucius’s teaching in an attempt to hide their tyrannical ways behind Confucian-sounding principles. 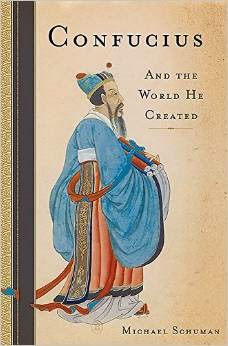 Q: How large an impact do Confucius's views have on East Asian society today?
A: Confucian ideas influence everything from the role of women in society, the management of companies, the relations between governments and their citizens, education systems, and the interaction between family members. You can’t do business in the region, attend a dinner party, or understand politics in the region without knowledge of Confucius.
As China and much of the rest of East Asia rises in importance on the world stage, Confucius has become more important to us than ever before as well. In other words, ignore Confucius at your own peril.
Q: How did Confucian ideas affect the role of women in many East Asian countries today?
A: Confucius himself, in his comments recorded in the Analects, the most reliable ancient text containing his teachings, did not say a whole lot about women. But he did imply that women should be subordinate to men.
That idea was elaborated upon by later Confucian scholars and turned into a hard division between gender roles. Men were to dominate the outer world – politics, commerce and civic life – and women, the inner world – the household. The main duty of women was to care for children and manage the home so their fathers and husbands were free to run the greater affairs of society.
This role for women was actually considered tremendously important in a proper Confucian society. The Confucians believed that everyone learned the basics of morality inside the home, so women were handed the critical task of nurturing gentlemen who would adhere to the rules of propriety in society at large.
However, this notion of separate realms for men and women persists to this day and is a prime reason why women have so much trouble succeeding in business and politics in countries like South Korea and Japan. 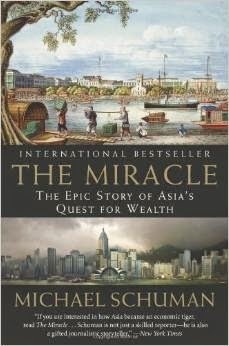 Q: You write, "Ultimately, whether Confucianism is a religion or not depends on the definition of religion." How would you define it?
A: I’ve met people in Asia who consider themselves to be Confucian in a religious sense, and what they tell me is that you can’t think about Confucianism in the same way you think about Judeo-Christian faiths.
Confucianism may not have the formal trappings of a religion – such as a clergy or churches. Instead, Confucianism is a way of life, and in that sense, it provides the spiritual nourishment and moral foundation of a religion to the devotees who practice it.
Q: What are you working on now?
A: I’m pitching another book on another controversial philosopher.
Q: Anything else we should know?
A: We all need to know about Confucius for the same reasons we need to know about Jesus or Mohammad, or Plato or the Buddha. Like these other important figures from history, Confucius’s ideas provided the building blocks of human civilization. You can’t understand our global society today without Confucius.
--Interview with Deborah Kalb
Posted by Deborah Kalb at 7:45 AM