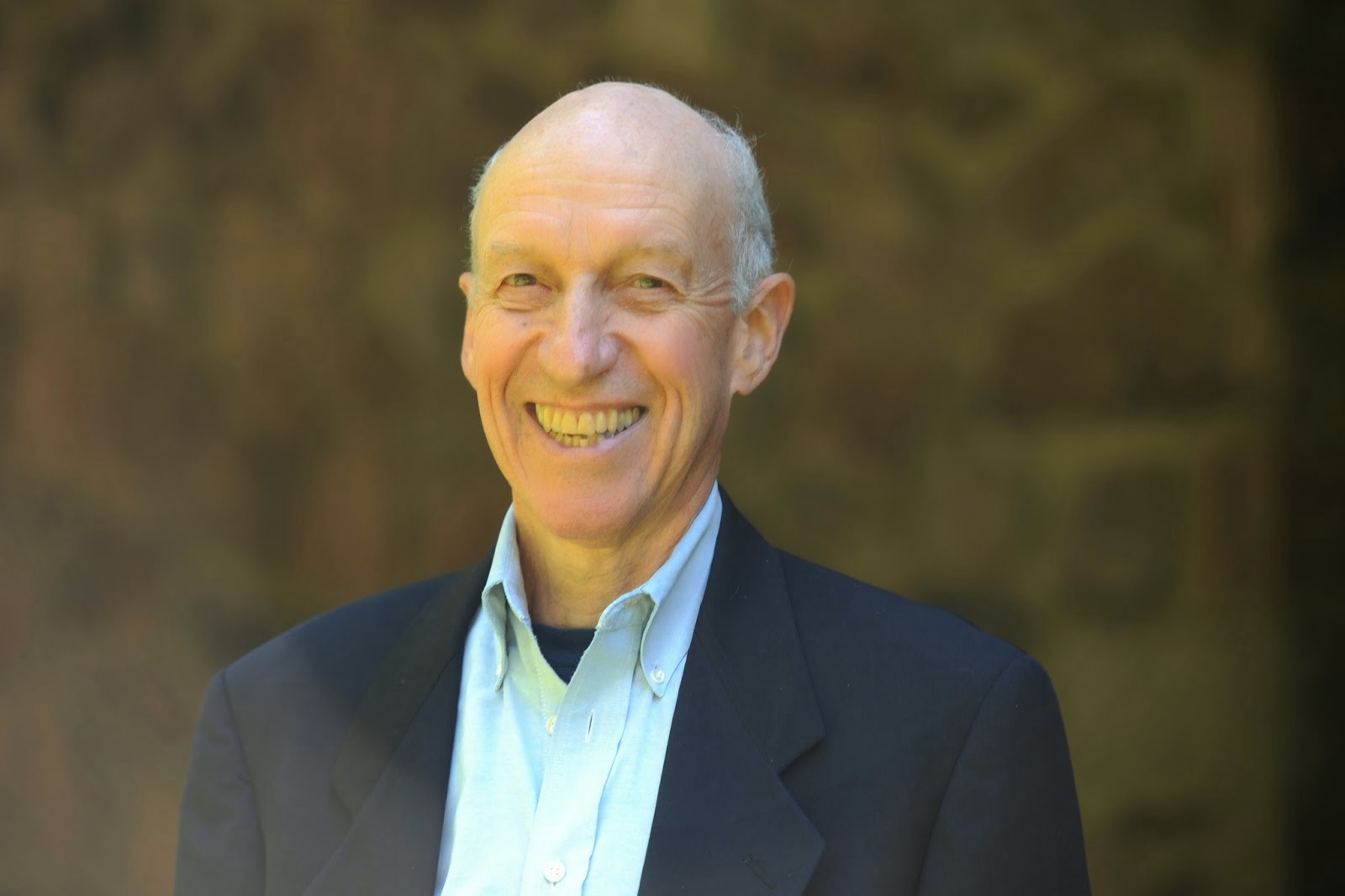 Martin R. Ganzglass is the author of the new book Tories and Patriots: A Novel of the American Revolution, a sequel to Cannons for the Cause. His other books include The Orange Tree and Somalia: Short Fiction. Ganzglass is a former Peace Corps volunteer in Somalia and a retired attorney. He lives in the Washington, D.C., area.
Q: The second book in your Revolutionary War series follows many of the same characters. Was your writing process similar this time?

A: The writing process is the same except I wanted to bring to bear different points of view about the same historical events. So, in Tories and Patriots, I introduced a few new characters, including the lead character's brother, John Stoner, three Hessian soldiers, two militiamen, and one daughter of a Whig whose uncle joins the British forces as a surgeon.

Thinking ahead, I have laid the groundwork for the story to continue with Adam Cooper, the African-American member of the Marblehead Mariners, playing a major part, and to develop Elisabeth, Will's love interest, as a more important character. 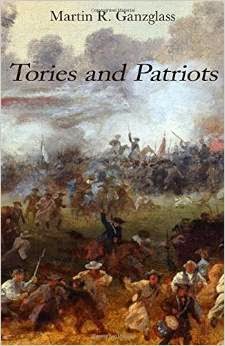 Q: This book, like the first, includes a blend of fiction and history. The opening scene is the hanging of a Tory. Why did you decide to open with this, and how closely was it based on a real event?

A: I chose the hanging of Thomas Hickey for two reasons. First, it involves action and that is always a good way to start off a book. There will be battles aplenty later on.

Second, it is a way to illustrate the deep divisions among the New York populace at the time -- rabid undisciplined patriots who tarred and feathered at will, prosperous merchants who, while sympathetic to the Crown, waited to see which way the wind was blowing, and the appointed officials, the mayor and governor, who wined and dined with the British.

Yes, it is based on a true event -- there was a plot to either kill or kidnap General Washington, paid for by the British and to be carried out by some members of Washington's Life Guards, his personal bodyguards.

It follows the real event closely. Washington ordered the entire populace of New York, then about 20,000, to witness the execution. One mystery is why only this lowly sergeant was tried and convicted and not the mayor and others in custody. Hickey went to the scaffold cursing priests (an odd choice of last words for an Irish Catholic) and that is accurate.

It also sets up the second chapter, which is correct in the chronology: Hickey was hung first and then the British arrived in force. 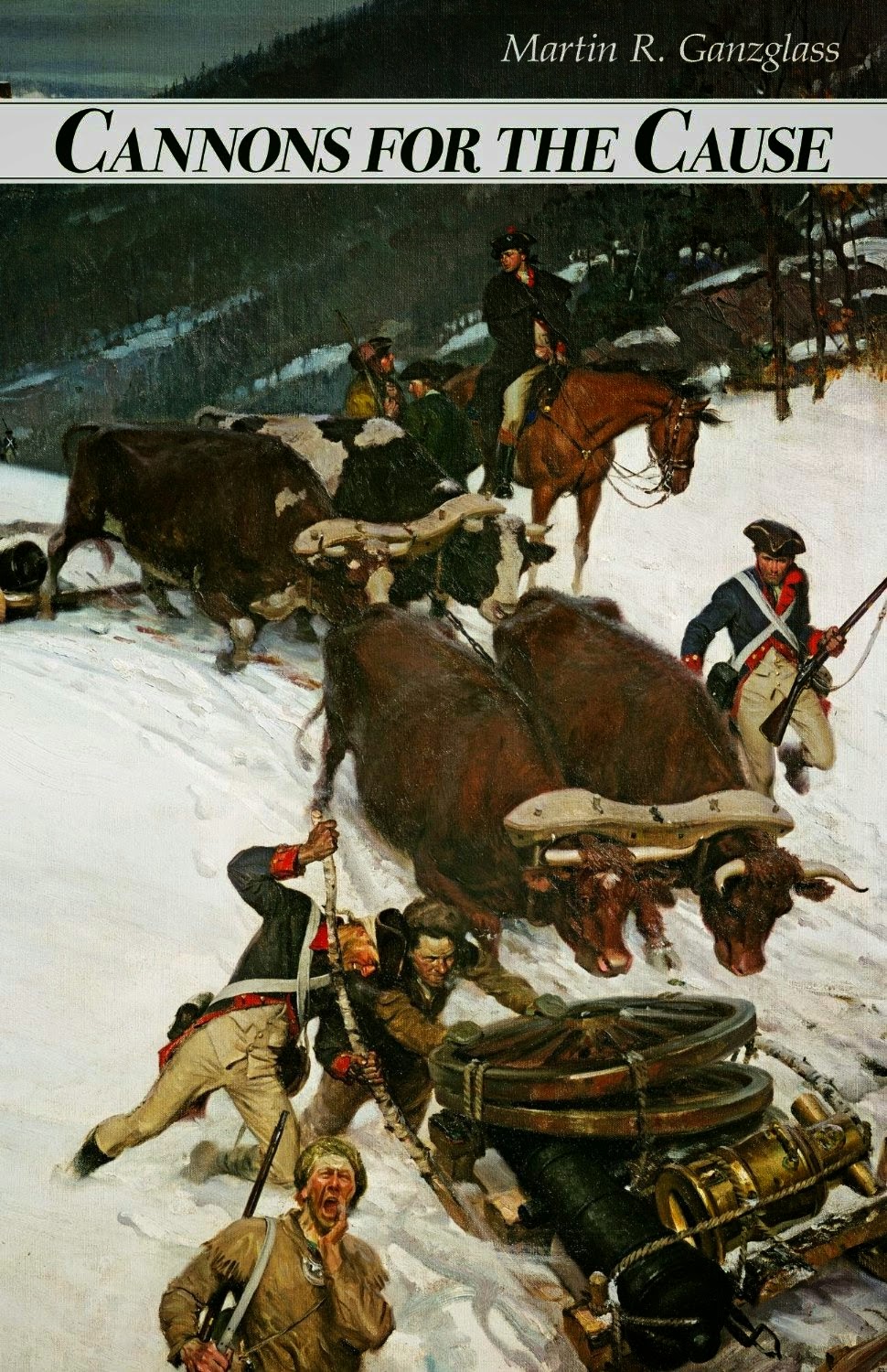 The second chapter begins with that arrival -- the largest waterborne invasion until Normandy -- 31,000 troops, more than 200 ships. It was the shock and awe of the time and General and Admiral Howe (brothers and both Whigs) anticipated the Colonialists would flock to support their king and abandon the Revolution.

After all, their intent was to offer protection to the king's loyal subjects, and even amnesty through oaths of allegiance for those who had taken up arms against the Crown.

This worked well enough on Staten Island, Long Island and Manhattan and even initially in northern New Jersey. But when the British pursued the ragged American Army from Fort Lee all the way down to Trenton, they became an army of occupation. They needed food for their troops, forage for their animals, which pulled the baggage trains and artillery, firewood for warmth.

There were documented cases of rapes, horrific slaughter of innocent civilians, pillaging, torching of houses, seizure of property, and such brutality that the population of New Jersey rose up against the British and waged a fierce guerrilla war against them.

Sounds a bit familiar -- like the U.S. invasion of Iraq to overthrow Saddam and liberate the poor Iraqis. But see the Sunni reaction to all of that. So, there is much to be learned from history, if those in power would only read and learn from it. 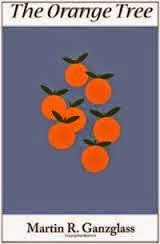 Q: What are some of your favorite books about the Revolutionary War?

A: I have read voraciously about the American Revolution. Two of my favorites are David McCullough's 1776 and David Hackett Fischer's Washington's Crossing.

Lesser known but absolutely terrific in capturing the atmosphere of the times through a very skilled use of original sources, is The Day is Ours!: An Inside View of the Battles of Trenton and Princeton, November 1776-January 1777 by William M. Dwyer.

I have a special place in my heart for the somewhat inappropriately named Private Yankee Doodle: Being a Narrative of Some of the Adventures, Dangers and Sufferings of a Revolutionary Soldier, by Private Joseph Plumb Martin (edited by George E. Scheer).

Martin writes with humor, sarcasm, and sorrow about battles, senseless marching back and forth, idiotic orders given by idiotic officers, bravery and cowardice, the incessant hunger and thirst, illness and wounds, and the touching generosity of some of the civilians he comes in contact with.

A: Peace Corps Writers is an organization founded by two former Peace Corps Volunteers. It has nothing to do with the Peace Corps, the U.S. government agency.

It offers to publish, through CreateSpace and Amazon, any book written by a former Peace Corps Volunteer or staff member. As is obvious from my two historical novels, the books do not have to be Peace Corps memoirs or accounts of service in the field.

Through their blog, Peace Corps Writers publicizes the published books, reviews them as well, and gives authors like myself access to a vast audience of potential readers.

A: Not surprisingly, I am working on the third novel in the series: Blood Upon the Snow.

It begins with the Battles of Trenton and Princeton, follows two of the Hessian characters who are taken prisoner at Trenton and become farm hands in Pennsylvania, Will Stoner's battlefield confrontation with his brother and continued courtship of Elisabeth, Peter Bant's worsening mental condition (it may not have been called PTSD but there is no reason to assume that soldiers in any war did not succumb to it) and the return of Lieutenant Nathaniel Holmes and Adam Cooper who join the defeated American Army at Valley Forge.

A: Projecting ahead, there are probably three more books to be written, after Blood Upon the Snow, to complete the series. I already have some ideas about the fourth one, but it would be premature to talk about it now.

And sometime after the series is finished, I believe I have a book about dogs, from the dog's point of view, that is deep within me.

--Interview with Deborah Kalb. For a previous Q&A with Martin R. Ganzglass, please click here.
Posted by Deborah Kalb at 5:39 AM